You are here: Home / Copepods / Amphipods and/or Copepods: Can They Peacefully Coexist?

Detritus and algal films compromise the aesthetic appearance and environmental quality of any saltwater aquarium. For sure, they present some of the most serious (and frustrating) issues for an aquarist to contend with. The easiest and least expensive way to deal with these issues is through biological control. This typically involves the use of a well-rounded troupe of clean-up crew organisms. In Nature, the front line of this crew consists of various tiny crustaceans. Most important of these microcrustacea are the copepods and amphipods. 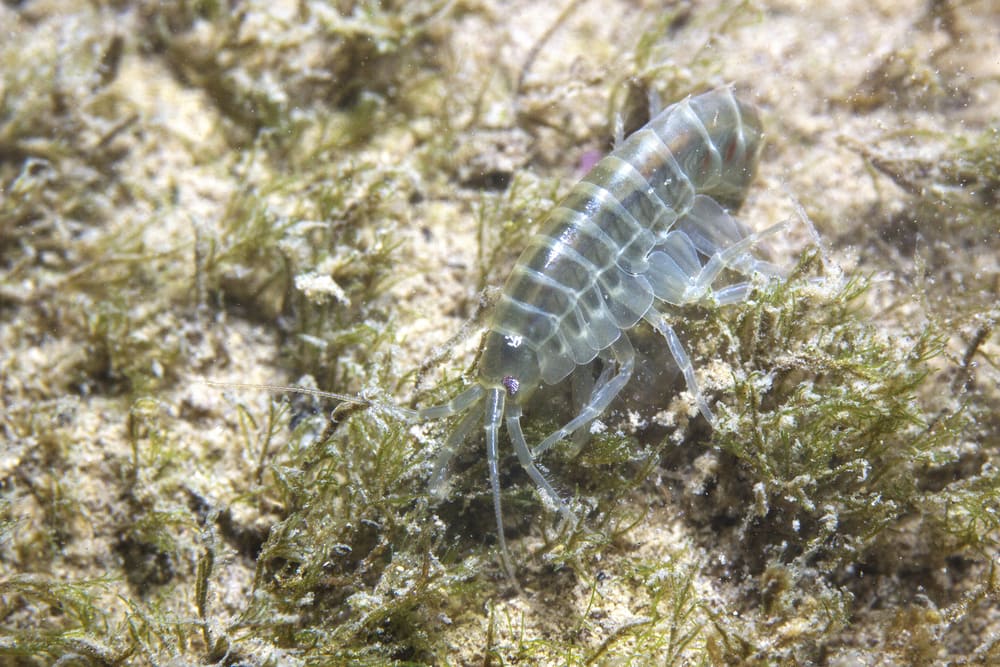 Copepods belong to the subclass Copepoda, which is divided into 10 orders. Amphipods belong to the subclass Eumalacostraca within the order Amphipoda. In many respects, copepods and amphipods are quite similar. Both groups share key crustacean morphological characteristics and resemble each other (at least superficially) in physical appearance. Both tend to undergo a planktonic larval stage. Both claim species that are benthic as adults. Both are usually quite abundant in their natural environments. And, both are important ecologically as they often form a critical trophic link between primary and secondary production.

Probably the most conspicuous difference between the two groups is the generally larger adult size of amphipods. Copepods range in size from 1-2 millimeters (0.04-0.08 inches) whereas amphipods range in size from 1-340 millimeters (0.0394-13.4 inches) Upon closer look, amphipods are also a bit more advanced in body structure. Most copepods have a single eye at the middle of the head, whereas amphipods have paired eyes. Copepods lack a complex circulatory system (taking up oxygen into their bodies directly through diffusion) whereas amphipods possess both gills and a true heart. Like higher crustacea such as shrimps (and unlike copepods), amphipods bear a tail-like appendage (i.e. telson); however, unlike shrimps (and like copepods) amphipods lack a true tail fan.

When it comes to the ability to thrive under normal aquarium conditions, similarities between these two groups are much stronger than their differences. In fact, they even take on rather similar ecological roles. In other words, they more or less share the same basic ecological niche. This is especially so when comparing amphipods to benthic copepod genera such as Tigriopus and Tisbe. Intense competition can arise from these similarities. In this scenario, the amphipods are characteristically better equipped to claim space and food than their cousins.

Additionally, amphipods appear to prey on copepods that they find crawling over the rock/sand/glass surfaces. What this means is that the amphipods not only remove adult, benthic copepods, but by consuming egg-carrying females they also deprive the system of young, planktonic copepods (i.e. naulpii). By most reports from aquarium keepers, this can ultimately lead to competitive exclusion, whereby amphipods tend to dominate and eventually extirpate their copepod cohabitants. The result? Reduced microcrustacean diversity.

Owing to their extreme hardiness (most notably their ability to withstand harsh conditions endured during shipping), amphipods are frequently introduced into aquarium systems along with live rock. This is not inherently bad. As above described, they can do a lot to keep a tank reasonably clean. But, their tendency to reduce or eliminate populations of copepods can prove to be disadvantageous for the system as a whole. Microcrustacean diversity is key here.

For example, there are some noteworthy feeding habits/preferences between the two groups. While both consume microalgae and detritus, copepods tend to prefer algae whereas amphipods rely primarily on detritus and other scavenged materials. Because of their larger size, amphipods are comparatively more efficient at consuming larger particles of waste products such as fish feces and uneaten food. Even so, because they are so minute, copepods can get into (and clean) tinier spaces. Moreover, copepods are famously efficient at scouring the glass panels, though amphipods (especially older individuals) tend to remain hidden within the darker crevasses in the rock and substrate.

Also due to these size differences, adult amphipods are more suitable as food for bigger bite-size fishes whereas adult copepods are better for filter feeders and small-mouthed fishes such as mandarins. Finally, because they prefer to eat microalgae (which has a considerably higher food quality than detritus), copepods are themselves typically more nutritious than amphipods for microcrustacean-eating creatures. 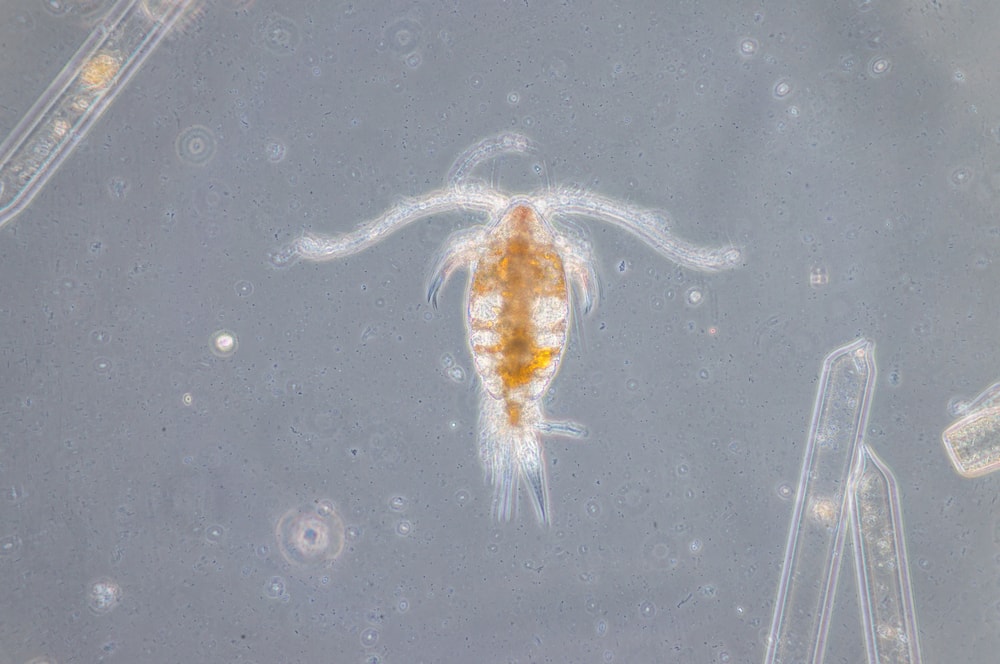 It’s just a fact of life: amphipods end up hitchhiking into most reef aquaria. As so many aquarists have observed, they can dramatically limit copepod populations in captive environments. Thus, in order to give copepods a vital edge, maximize microcrustacean diversity and optimize the efficiency of your clean-up crew, certain actions should be taken. These include:

Installation of a refugium—especially a planted refugium—will significantly increase densities of nearly all pods (both copepod and amphipod). Here, all pods have a safe haven in which they can evade predators (fishes, corals, etc.) for long enough to reproduce. In addition, to specifically promote survival and reproduction of copepods, it helps to offer an abundance of very tiny holes and crevasses in which adult benthic copepods can hide from amphipods. This might be provided with a large quantity of live rock, as well as highly porous biomedia such as MarinePure.

It will greatly benefit your copepods (as well as any phytoplanktivores such as many corals and clams) by regularly feeding the system with live phytoplankton (e.g. OceanMagik). This is especially important for larval copepods, which depend upon adequate densities of phytoplankton for proper development. This simple practice increases the quality, as well as quantity, of your copepods.

Population dynamics of resident microcrustacea will differ somewhat from one captive system to another. Still, most will benefit from (or indeed require) an occasional boost in copepod density. This is easily accomplished by re-seeding. Re-seeding is just what it sounds like: From time to time, all one has to do is introduce new live pods. Re-seeding can be done not only to increase pod numbers but also to increase pod diversity. This is best accomplished with the addition of a mixed-species and mixed-life stage live product such as 5280 Pods.

Though it takes a bit of observation and (sometimes) fine-tuning, establishing a rich and varied community of microcrustacea will surely result in an overall more beautiful and easy-to-maintain aquarium environment!