You are here: Home / Copepods / Are There Copepods in Your Reef?

Are There Pods in Your Reef? 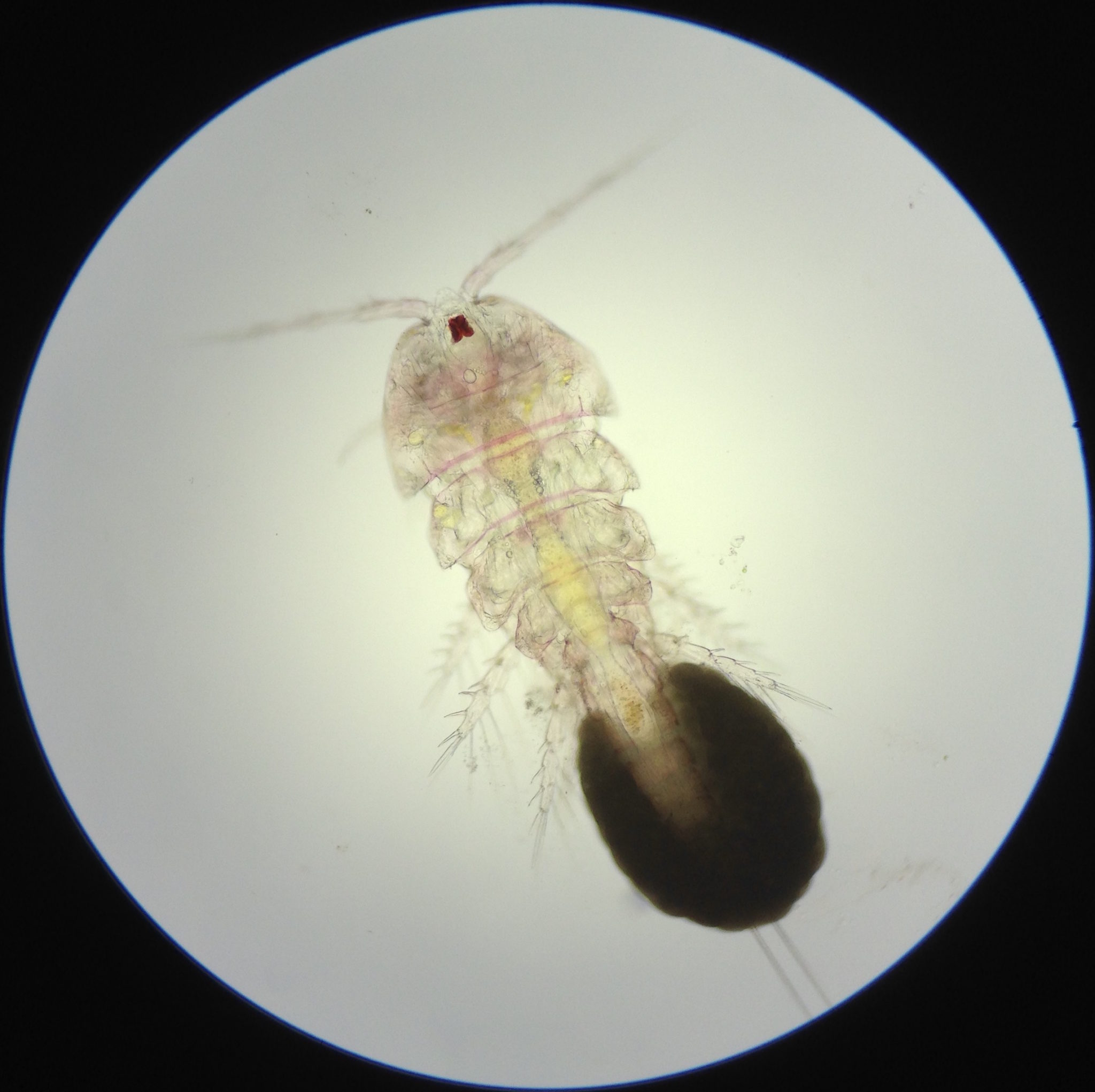 Considering that they are an integral component of pretty much all natural marine ecosystems, it is likely that a large, stable population of copepods could benefit any reef aquarium. The surest means of establishing a lasting supply of copepods in your reef is to seed the aquarium system with a healthy, mixed-species starter culture.

But the benefits of adding pods does not end there. It is of clear benefit to boost an established population from time to time with supplementary cultures. Each addition of a quality mixed-species and mixed-life stage product such as 5280 Pods will provide a surge of food energy to varied filter-feeding invertebrates (e.g. corals) and microcrustacean-eating fishes (e.g. mandarin fish and seahorses). Even more importantly, the few individual new pods that escape predation will contribute both biomass and genetic diversity to the established population.

How to Start a Population of Copepods in Your Reef Tank

Given the normally short lifespan of a copepod, a few dead individuals in each bag is to be expected and is totally acceptable. There should be some evidence of movement by adults in the bag. Holding the bag up to a bright light source will aid the eye in locating these tiny animals as well as glimpsing their movement. Noting just a few healthy adults will be good assurance that the culture is strong. This is particularly so with products such as Poseidon’s Feast, which include individual copepods of all life stages. They not only include the larger adults (which you might be able to see) but also smaller individuals from the younger life stages (which you almost certainly cannot see). These mixed-life stage products will help to promote the rapid establishment of large, stable and long-lasting pod populations.

So, you have just released the fresh, new pod culture into your reef. Now is the time to take a deep breath of relief. Give these little creatures some time to adjust to their new home. A few are sure to picked off by some aquarium animal just after introduction to the tank. But just as certain, there will be a few that settle onto the aquarium rock or substrate and hide out. There, they might spend the rest of their days (and maybe nights too) feeding on detritus and hiding from would-be predators. They will likely breed, though the miniscule young copepods in your reef will remain undetected by your naked eye as they drift through the open waters. It takes 4-6 weeks for the pioneer pods to generate progeny that grow up to the point when they can be seen with the unaided eye. It might take a couple of months or longer before the growing population becomes dense enough to spill out into openly lit bottoms of the tank in search of new food sources.

So, what should an established copepod population should look like in your tank? The best place to start is by looking for evidence of their benefits. Corals should be healthy and expanding their feeding tentacles out at night. A wide range of small fishes from flame wrasses to scooter blennies will be plump and seemingly always on the prowl for the next bite. Nuisance benthic microalgae will be under tight control. There will be a significant reduction in the accumulation of detritus. Live rock and live sand will have an overall cleaner appearance. But where will you see the pods?

It is not always easy to quickly spot pods in your reef. Even the adults are miniscule. And the adults tend to be more active at night and under the cover of darkness. This is for good reason; copepods are a preferred food source for a good many fishes and invertebrates. Those few individuals that might wander out during the day (that is, while they are much more easily seen) are far more likely to be quickly snatched up by a hungry zooplanktivorous fish. To be sure, a pod on the glass is basically asking to be eaten.

eFinding pods in your reef will take a little bit of eye scrunching and extra lighting. The best time to look, of course, will be at night. Using a flashlight, cast a beam through the open water column. Then scan the area just at the sand surface line along the tank panel. Take time to allow your eyes to train in on the finer details of the illuminated area. You might see some beige to reddish little dots that scoot about. They will resemble what you saw in the bag when receiving your concentrated starter culture.

Those home aquarists who have a microscope have a distinct advantage in that they can find copepods of all life stages. They may even distinguish one species from another. The best time to collect your reef pods for observation on a slide is to set aside a small sample of water drawn from the detritus while performing routine tank cleaning. The microscope might also be a great tool for evaluating the vitality of newly received shipments of booster cultures. 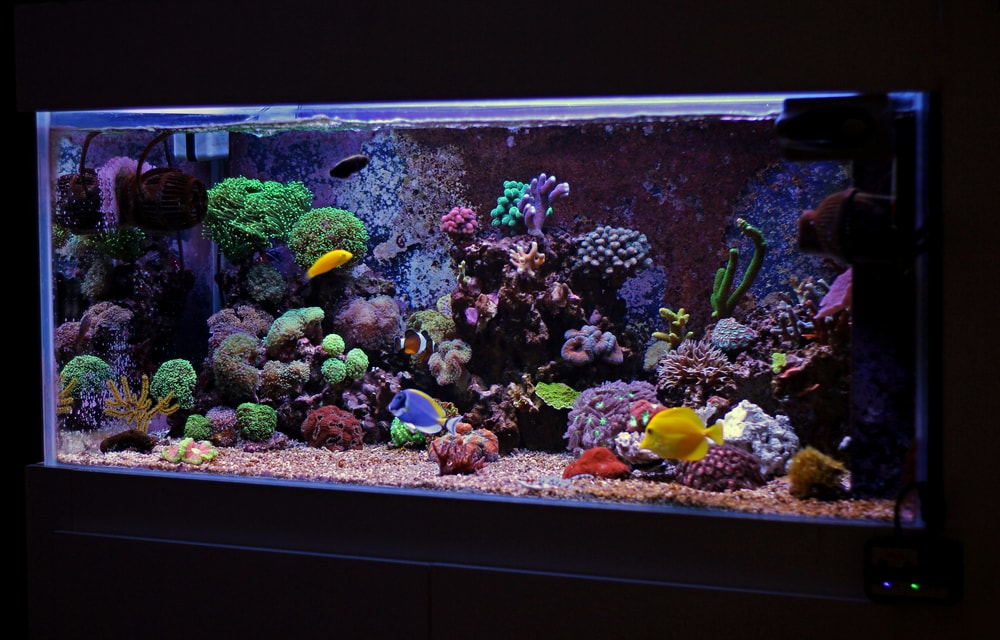 The rate at which a starter culture can build a reproductive population in a reef tank depends upon a lot of things. First, one must consider the effect of predation on the starter culture just after introduction to the system. To minimize these effects, add the culture in the dark and (if present) to the refugium. From there, growth will depend greatly upon the amount and quality of food sources.

Do you want your resident population of copepods in your reef to really thrive? Feed them. Undoubtedly, they will make good use of the detritus and microalgal growths in the tank. But the vast majority of copepod species live through a planktonic life stage and rely upon phytoplankton as a primary food source. Supplementing their diet with a quality live phytoplankton can greatly increase their productivity. For this purpose, a live multispecies blend with a balanced nutritional profile (such as OceanMagik) is ideal. Many essential vitamins and fatty acids are synthesized by these planktonic algae, and are transferred down the food chain from the phyto to the pods to animals that consume the pods.

It is actually pretty easy to add copepods to your reef. Just acquire a quality live copepod product, add it to your system in the best spot at the best time and… wait a while. If you have any detritus or film algae, and there are places for the new pods to hide, you will almost certainly establish a solid population of pods over the next couple of months. Particularly with regular boosts, this population will continue to clean the aquascape, provide a nutritious food source for many creatures and last as long as you keep your tank running.