Most people who are familiar with corals–whether admiring them in the wild or displaying them in a glass box–understand quite well that they are incredibly complex animals. This
certainly is so with the zooxanthellate corals. 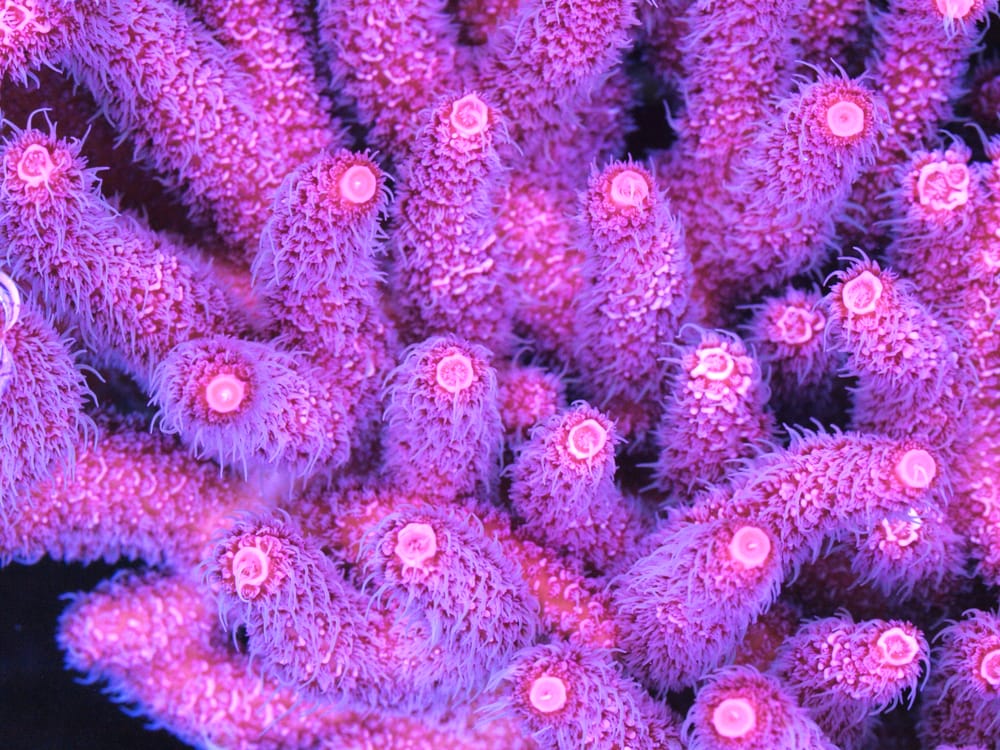 Virtually all corals (zooxanthellate corals included) are predators of plankton and other tiny organisms, used as coral food. But the zooxanthellate types undoubtedly are the most advanced and versatile. This large and fascinating group, which includes the so-called reef-building corals, harbor symbiotic algae (i.e. zooxanthellae) that provide the animal host with an additional source of nutriment. The most common and first discovered of these algal symbiotes are dinoflagellates of the genus Symbiodinium. Others (e.g. Amphidinium) have been discovered since. It seems there may be others. Due to the multiplicity, and apparent importance, of these tightly interconnected organisms, biologists now refer to such assemblages as “coral holobionts.”

As we continue to study the intricate associations that characterize the coral holobiont, we are coming to realize the extent to which it depends upon bacteria. This should not be so surprising. Bacteria are the predominate plankton on a tropical coral reef. They accordingly make up a considerable amount, if not the bulk, of the typical coral planktivore’s diet. Since most corals are planktivores–that’s pretty significant!

For this reason alone, one could think that a greater emphasis on the microbial component of the captive coral diet is long overdue. And they arguably would be correct. But there is far more to it than that. As current research is just starting to elucidate, the dietary contribution of bacterial symbionts may far outweigh that of other, straight-up-food bacteria.
[drygoods]

Mom was on to something when she insisted on you eating your beans. Beans, peas and other legumes are (at least for plants) rich in protein. This is only possible because of the rich source of “fixed” nitrogen that is available to them, which is only available in large quantities thanks to symbiotic rhizobial bacteria that reside in special leguminous structures called root nodules.

Most plants (from seaweeds to cacti) rely on a fixed source of nitrogen such as ammonia or nitrate in order to synthesize amino acids, the building blocks of protein. Though nitrogen gas is quite abundant, the vast majority of plants simply cannot utilize it; however, nitrogen-fixing bacteria (alternatively referred to as diazotrophs) can turn it into bioavailable substances quite
literally out of thin air. Those few plants that form associations with these microbes, and draw from their reserves, are able to survive and grow even in the most nutrient-poor soils.

It is now known that diazotrophic bacteria play a similar role within the coral holobiont. Not  only the zooxanthellae, but also the coral, can directly use excess nitrogenous compounds exuded by their bacterial partner. In fact, both the corals and their associated dinoflagellates produce enzymes that are used to harvest such loose nutrients.

Shallow tropical seas could be described as marine deserts; fixed nitrogen is in high demand in coral reefs which are necessarily free of coral food. Indeed, corals (and particularly the
stony, reef-building types) cannot survive where dissolved nutrients are abundant in the surrounding waters due to the resulting competition with algae. Having an internal, symbiotic source of fixed nitrogen confers a massive nutritional advantage for the holobiont. The bacterial partner is rewarded for its work with a source of fixed carbon in the form of exudates released from the coral and the zooxanthellae.

Purple non-sulfur bacteria (PNSB) are important coral holobiont partners. This is remarkable in that PNSB are closely related to those rhizobia associated with legumes. Though the actual bacterial assemblage of the holobiont is often complex and may vary between regions or even seasons, it has been conclusively shown that PNSB such as Rhodopseudomonas palustris are prevalent and important coral symbionts. Preferring anaerobic environments but also capable of performing photosynthesis, the low-oxygen but brightly illuminated areas just under the coral’s mucus (and especially within its gut) are prime microhabitat for PNSB.

PNS ProBio™ serves as a live inoculant, seeding lasting PNSB populations deep within the aquarium substrate as well as within the coral holobiont. 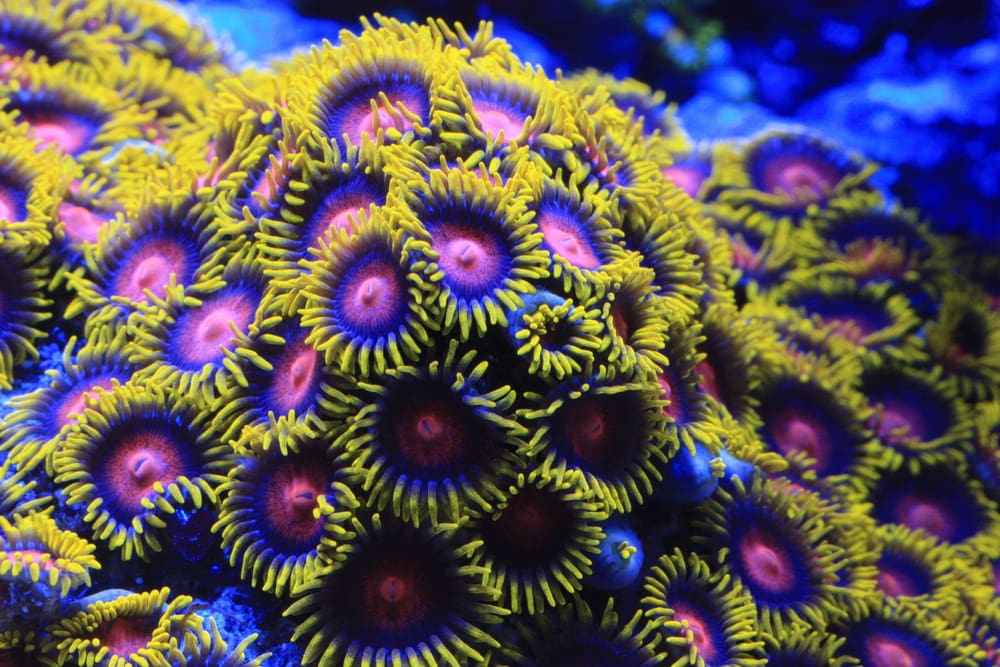 composed of copepod exoskeleton fragments (mostly chitin), dead phytoplankton (mostly cellulose) or other poorly digestible flotsam. This material is nutritionally enriched as it is colonized by bacteria.  As the particles become coated in the bacterial secretions, they stick together and sink out of the water column. These sinking clumps of enriched organic matter are known as marine snow.

PNS YelloSno™ is truly loaded coral food with wholesome B vitamins, vitamin A/carotenoids and protein. Used in conjunction with PNS ProBio™, it can significantly improve growth and coloration in a broad range of coral species. Considering its overall nutritional, probiotic and symbiotic qualities, it’s a real wonder that serious reef aquarists and coral farmers are only now becoming aware of purple non-sulfur bacteria!