You are here: Home / Advanced Education / Trophic Structure in the Reef Aquarium Part 3

It is so easy to get caught up envisaging about what our first, or next, reef tank will look like… and what will be in it… It is usually not so long after filling a new system with freshly mixed seawater and plugging it in that our thoughts turn to stocking. And how could they not? Having an uninhabited aquarium, just sitting there in a prominent spot in your living room, can be like hanging a bare canvass on the wall. This is normal; humans are not patient creatures, particularly when inspired. That clean slate—so pristine, yet so barren—might seem ripe to home the reef of your mind’s eye, in every detail, bustling with each and every fish that found its way onto your shopping list. But Nature does not work that way, and neither does a naturalistic aquarium. 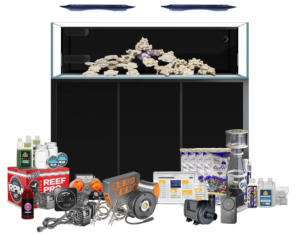 Nobody ever says that they desire to build an ‘unnatural’ aquarium. Yet, to some extent, aquarium systems are inherently different than natural ecosystems. For example, few of us are able to rely solely on natural sunlight to illuminate our tanks, and therefore must install sophisticated light fixtures. Even fewer of us have direct access to natural seawater and therefore must continuously pass synthetic seawater through a recirculating system. Our dependence upon at least some equipment (pumps, for example) is inescapable. On the other hand, an excessive dependence upon gadgetry such as ozonizers and media reaction chambers might be some indication of an imbalanced and unstable biological community. So, it could perhaps be said that naturalistic marine aquaria operate with the least amount of technological intervention. That is, they may be deemed “natural” by the extent to which processes such as nutrient cycling are efficiently carried out by the living inhabitants themselves.

There is much more to natural aquarium methods than ‘less equipment.’ These systems require considerable patience during set-up, as well as prudence and restraint throughout their ongoing operation. Above all, they demand a knowledge of, and appreciation for, those decidedly natural processes to be simulated.

Two preceding articles in this series describe some very important topics: trophic reef structuring and trophic reef inefficiency. This article will touch upon those concepts while offering suggestions for building and maintaining a naturalistic marine aquarium system.

Before bringing home any live rock or sand, allow the system to run for at least a few days to fully stabilize. Prior to filling the system with saltwater, one might (just to be on the safe side) perform a test run with tap water to ensure that the plumbing is sound and that toxic residues from glues or fresh plastics are leached out. 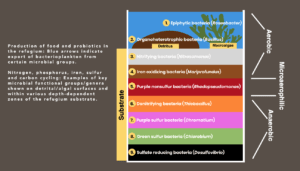 One might start by adding sand, rock, or some combination of the two. There are advantages and disadvantages to each approach. For these purposes, however, we suggest adding a deep layer (at least a couple inches) of sand (and it allowing it some time to mature) before moving on to the rockwork. The reason for this is that of all microhabitats within the tank, soft substrata (gravel, sand, mud, etc.) are the most biologically rich and complex; as such, these intricately structured communities take the longest amount of time to fully develop. Eventually, a distinct pattern of stratification will emerge. After extensive ecological succession has taken place, there will be approximately one million bacteria per milliliter of substrate pore water. Though sometimes only centimeters apart, the chemical signature and predominant bacterial group of each layer can contrast dramatically. The uppermost zone will contain nitrifying and aerobic, heterotrophic bacteria. Fermentative, sulfate-reducing and purple non-sulfur bacteria will reside just below them. The deepest zones will contain methanogenic bacteria. These trophic reef diverse microbes work hand in hand to recycle organic carbon and nutrients. As they proliferate, their biomass will ultimately be transferred to protists and animals (e.g. nematodes) at subsequent links in the food chain.

A packaged live product will suffice as the bulk of the sand bed. However, a big scoop from the bottom of a healthy, established, disease-free reef tank will likely introduce many desirable higher organisms that will not be found in packaged products. When adding sand to the tank, it might also be a good time to throw in a wide-spectrum bacterial inoculant to jump-start colonization and boost strain diversity. Regardless of the material used, a newly added aquarium substrate is akin to a recently disturbed sea floor. It might take months to develop completely. Thus, one should wait at least a few weeks until adding any live rock. The more ecologically stable the sand bed is, the more hospitable the system will be overall for sensitive live rock fauna. To inhibit primary succession by aggressive,  early photosynthetic colonizers such as cyanobacteria, the light fixture should be left off at this time. The first step of hardscaping will be adding base rock (and base rock only). 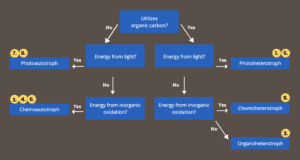 In the industry, the term base rock might mean two very different things. In the first case, it is barren (sometimes even bleached) rock that has been passed around, has been abused and lacks a diversity of beneficial invertebrates. In the other case, it is fresh product that originated in a shadier or underlying part of a natural reef structure. Consequently, it is heavily colonized by a sundry community of benthic filter-feeders. While there might have been some exposure to bright light (as evidenced by small patches of coralline algae or other photosynthetic organisms), it will be populated primarily by cryptic fauna such as small feather duster worms, turkey wing clams and encrusting sponges. The highest quality material will host slightly more exotic (and delicate) fauna such as bryozoa and foraminifera. The filter-feeders associated with the latter described type of rock are vital to the health of a natural aquarium. Not only are these creatures interesting in their own right, but they additionally serve to scour the water column of suspended particulate organic matter as well as excessive phytoplankton and bacterioplankton. And, in so doing, they compete with other potential pests at their trophic reef levels such as Aiptasia anemones and serpulid worms.

When laying out the reef base, the primary aim is to expose the greatest amount rock surface area to strong water movement. For the most part, this means (1) spacing the rocks apart as opposed to bunching them together and (2) not stacking a rock wall against the back panel of the tank. When this phase of the hardscaping is complete, water currents should be observed to flow briskly through, as well as over, the entire structure.

Tanks of any size or shape may be used for natural aquaria. Natural marine aquarium methods are not that far out there; they include many steps that could be taken while constructing any kind of aquarium system. Some of these universals are included here for the sake of completeness. But… did we mention something about patience yet? This is where it will really come in handy. The suggested intervals of time given here for each step in the process are admittedly quite arbitrary; really, each new step should be taken after careful visual observation and testing of key water chemistry parameters.

Live rock and live sand are without question the most important components of these systems. The highest quality rock and sand will accommodate a wide range of microbial and invertebrate lifeforms. It is unfortunate that these organisms are so often lost during introduction to new systems, as they are an integral part of reef food webs. Due to the rigors of packaging and transport, the “life” on live rock and sand might arrive in a severely stressed condition. It will do these organisms no favor to place them into an unstable, suboptimal living environment. Hence, preparation of the trophic reef should be made to ensure the fastest recovery and minimal mortality. In many cases, it will be safer (i.e. less risk of introducing pests) and certainly less expensive to opt for dry rock and sand; these can be seeded with live microbial products.