You are here: Home / Rock and Substrate / How to Fully Condition Your Dry Reef Rock 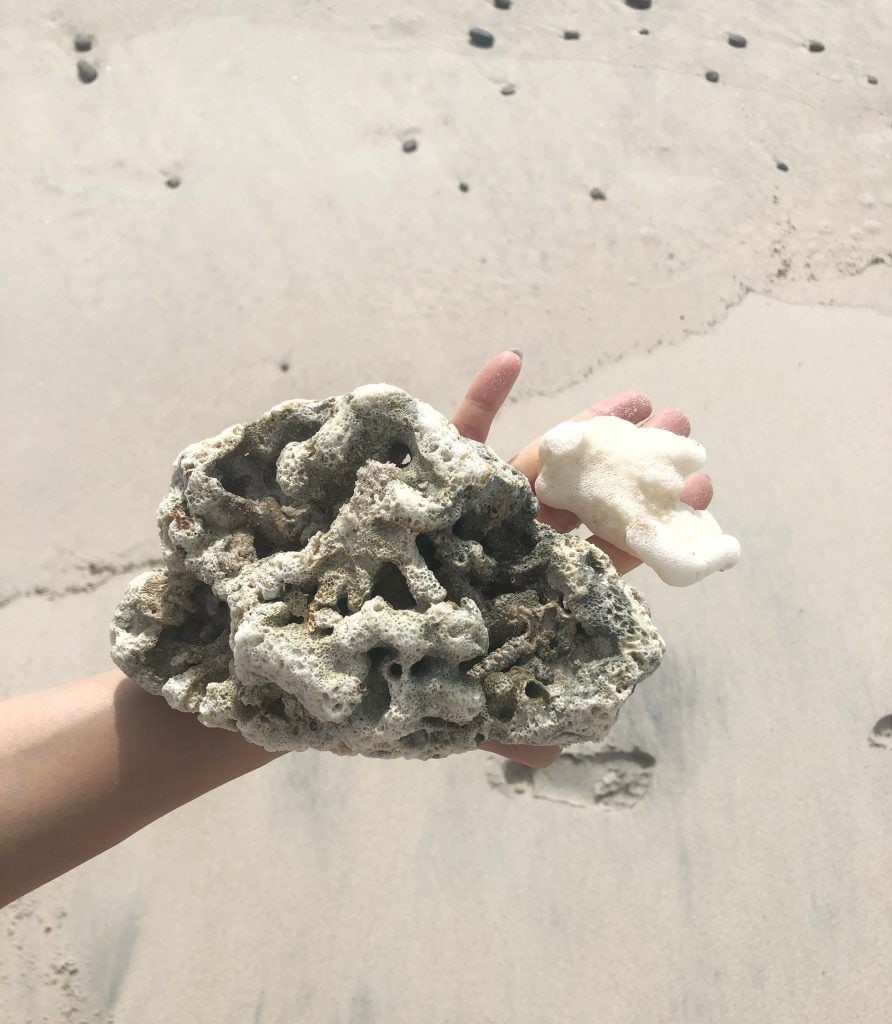 We’re all subject to impatience. Particularly when we’re anticipating a highly gratifying event, such as adding the first round of corals to a newly set up reef aquarium. Thankfully, using dry rock, it only takes a few extra days to help ensure a clean and pest-free system from the start. There’s even an added bonus: We get to witness the very interesting natural processes of ecological succession.

So, why is dry rock safer or cleaner? Because there is nothing on it that can die and foul the water during the stressful and unstable cycling period. It carries no sediment nor contaminants. Perhaps even more importantly, it cannot harbor any pests or diseases (parasites, nuisance algae, Aiptasia anemones, etc.).

Live rock may be tempting to acquire wet because it has coralline coverage, and maybe a few interesting little inverts, from the very start. But the problem with live, wet rock is that you have no idea what bad stuff might be on it. It may come with potentially deadly “hitchhikers” that are undetectable to the eye no matter how closely you visually inspect each piece. And, to be sure, live rock very often has been traded down by hobbyists that dismantled their systems due to recurring pestilence–passing the seeds from the fruit of their failure unto you. Not cool.

You don’t have to take on these sorts of additional risks (there’s enough risk in this hobby as it is). Avoiding some of these problems (or at least getting a good head start without them) is as simple as building the foundation of your hardscape with dry reef rock.

What is dry rock?

In the world of aquaria, dry reef rock is simply a dry, chemically inert material (either natural or manufactured) that is formed into amorphous stone-shaped chunks for the purpose of aquascaping. While certainly serving an aesthetic function, reef rock (whether wet or dry) is generally intended also to function as a biological filter medium. Thus, the best reef rock is highly porous (that is, has lots of surface area to allow for microbial growth).

We at AlgaeBarn are lovers of everything natural. Not only do we advocate naturalist methods of filtration, feeding, etc. but we also strongly prefer natural materials. That’s why we’re wild about Dry Rock. This stuff is perfect in every way. To start with, it is made with a totally natural material–actual reef rock. Yet, because it is quarried dry from an ancient, extinct coral reef, it is 100% environmentally friendly. Further, it comes in cool, highly irregular shapes that allow for interesting aquascapes (not lame, smooth, round boulders). It’s extremely lightweight and porous. Aaaaaand… because it is dry, it is guaranteed free of unwanted organisms; a perfect clean slate for you to seed as you please.

And they will come

Reefs are formed over many thousands of years, with successive generations of corals and other critters growing in layers over much older deposits. This growth is a shaky, rather than smooth, uphill slope. In other words, though the reef may grow over the course of centuries, there are nevertheless periods of disturbance that occasionally wipe out entire patches. Sometimes, these disturbances are so severe that mainly bare rock is left exposed. Following these events, there is a fairly predictable pattern of ecological succession. Here, superior invaders opportunistically colonize the “fresh” habitat. Often, these so-called pioneer species alter the environment in a way that facilitates subsequent invasions by other species. For example, certain bacteria promote growth of coralline algae... coralline algae encourage settlement of coral larvae, and so on…

Eventually, things more or less stabilize in what becomes a so-called climax community. It’s important to note that there is not necessarily a single, inevitable climax community; different climax communities may potentially develop, depending upon which pioneer species reached the site first (often by sheer luck).

What we’re essentially doing when using dry rock is building a coral reef ecosystem from scratch. As such, we can think of our clean, sterile rockwork as a freshly disturbed habitat. The first step in this is promoting the 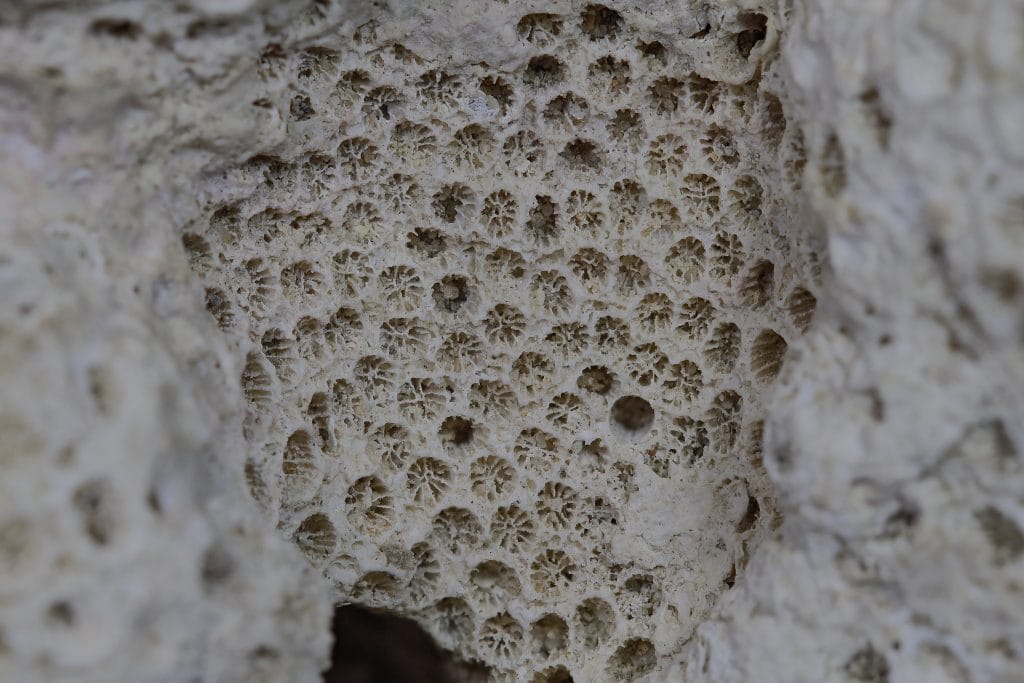 colonization of certain microbes. These microorganisms are the base of the newly forming food web, as they continuously cycle and recycle nutrients such as nitrate, phosphate, sulfur, etc.

Conventionally, aquarists like to start by inoculating new systems with nitrifying bacteria. Long ago, some hobbyists used old sand from another, more established, aquarium as a source of bacteria; they often also added an organic source of nitrogen such as dead krill to fuel bacterial growth. Because these methods risk introduction of pathogens and foul the water, it is now standard practice to instead use a bottled inoculant with an inorganic fuel (such as the Aquarium Cycle Kit).

As nitrates begin appear, it’s the right time to (1) add denitrifying bacteria such as those in PNS ProBio and (2) plant the refugium with macroalgae. The refugium will of course require strong lighting as to support growth of the macro. However, we advise leaving the lights off in the main tank for a while longer. The continued darkness will help to prevent any bad algae from taking hold while nitrate levels are possibly high/increasing and the rock surfaces are still mostly unoccupied. Only when nitrates fall below 1.0 ppm (preferably below 0.25 ppm) should you hit the lights over the display. Trust us on this one: Preventing algal blooms at this time by exercising patience with the lights is way easier than stopping an active bloom later.

When nitrates have fallen to near undetectable levels, it is a good time to inoculate the rock with coralline algae spores (as with those in Coralline Algae in a Bottle). And this kicks off the moment when you can (and should) start running your aquarium lights. Prior to inoculating coralline, it is highly advisable to perform a massive water change. This will help to create more suitable conditions for coralline growth by restoring carbonates, calcium and magnesium. Coralline algae will discourage the growth of bad algae only once it is predominantly established on the rock; therefore, DO NOT add fish or any other animals that need to be fed until the bare rock has turned pink and purple. Once coralline has thoroughly covered the rock, it will be time to begin stocking corals. We also recommend stocking most of your corals (and then clean-up crew) before adding your first fish!

What about pods and phyto? There are actually some advantages and disadvantages to adding them at different steps along the way, depending upon your set-up. If you’re truly starting from scratch as described above, the best time to add a pod/phyto combo such as the Ecopack might be a number of days after the main lighting has been on–ideally, after growth of coralline algae has become apparent (again, we don’t like feeding anything during coralline development!). If you are adding your dry rock to an established system, or for any reason must begin stocking fish, corals, inverts, etc. right way, then the pods/phyto should be introduced as soon as possible.

By taking this slow-but-steady approach to reaching your climax community, you’ll avoid nitrate spikes, which lead to difficult-to-eradicate algal plagues. Moreover, you’ll spare yourself the risk of introducing pests. Of course, you’ll still want to closely inspect (and, ideally, quarantine) all pieces of rock/coral as you continue to stock the system. But getting off to a clean start will make the effort to maintain a healthy tank a whole lot easier!