You are here: Home / Refugium Education / Carbon and Nitrogen Management in the Refugium

There are a few good reasons to install a refugium. For some, one certainly is to boost the pod population. For others, it may be a place to enjoy a little bit of marine gardening on the side. But arguably the biggest reason most aquarists love refugia is for their capacity to enhance overall nutrient cycling and filtration in the system. Most often, nitrogen cycling is the main concern, though a considerable amount of carbon cycling (as we shall see) occurs in the refugium as well.

Filtration that’s Built for the Job

Despite some variation, most refugia function fairly similarly. The basic idea is simple; organisms that would surely be devoured at once in the main tank–from soft macroalgae to amphipods–can shelter in the refugium (and, hopefully, proliferate).

Today, aquarists have access to a very wide variety of ‘fuge-friendly flora, fauna and microbes. These are used in concert to naturally maintain acceptable-to-excellent aquarium water quality. A refugium is only the “housing” of the filter which is, most literally, comprised of the biological community within.

Nitrogen management and filtration is a traditional focus of refugium keeping. Plenty of ammonia and nitrite removal (i.e. nitrification) takes places in these confines, particularly if certain types of biomedia and nitrifying bacteria are used. However, nitrate is generally the prime target here. Nitrate can be removed in numerous different ways; the major means of natural nitrate removal are basically either algal or microbial. 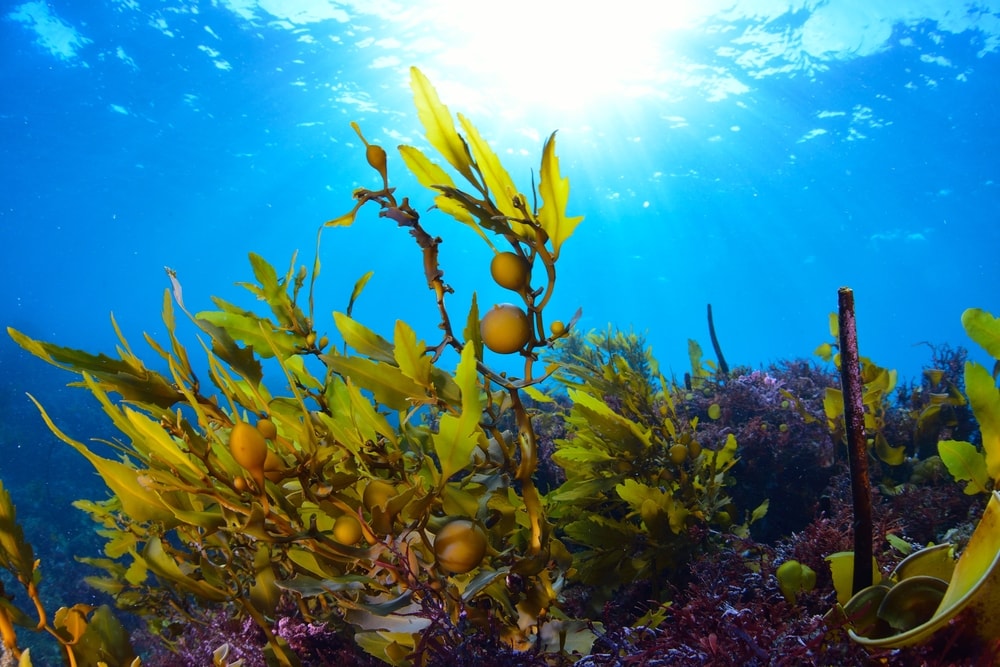 As so many reef aquarists are now aware, fast-growing macroalgae directly, and rather effectively, take up excess nutrients such as nitrate from aquarium water as fertilizer. Because this is an assimilatory process, the plant biomass must be exported via periodic harvests (or recycled by feeding to herbivorous livestock in the main tank).

As the algal mass grows and thickens, it starts to perform another important incidental function: The filtration of suspended particles. Many of us observe that the reduction of water flow over the sprawling surfaces of the vegetation causes the refugium to act as a sediment basin. Which is great, because you’d rather have all that detritus in the refugium than in the display tank!

And that’s not the end of it. Attracted by the safety and food abundance in the ‘fuge, pods and other such small scavengers are often present in very large numbers. So, this essentially concentrates the consumption and digestion/degradation of these wastes within the refugium. This in turn results in a concentration of carbon there (which we’ll address in a moment!).

Natural denitrification methods involve the activity of various bacteria and archaea. Microbes of this sort are easily coddled in a typical refugium environment. The key part here, as many of them are strict anaerobes, is providing a large (that is, high-surface area) anoxic zone. Many hobbyists in the past have accomplished this with the use of a deep sand bed (DSB). More recently, the development of very-high-surface area media (such as MarinePure), which have extensive, anoxic inner pore spaces, have made this simple and relatively inexpensive. These are easily placed in, and removed from, the refugium as needed. Given just a little water flow, a small block of this material can host huge populations of denitrifiers.

Denitrification is a non-assimilative, microbially-mediated process wherein nitrate is converted to nitrogen gas through a series of reactions. These anaerobes do not “eat” or otherwise take up nitrate into their biomass but rather utilize it in an unusual a form of respiration, metabolizing oxidized forms of nitrogen (e.g. nitrate) in response to the oxidation of an electron donor like organic matter (e.g. acetate). While somewhat slow, denitrification makes for very direct export as the tiny nitrogen gas bubbles simply show themselves to the door without any ado.

Certain photoheterotrophs, such as purple non-sulfur bacteria (PNSB), assimilate nitrate (as they do ammonia and nitrite) quite readily in your filtration. They ALSO perform denitrification. These versatile and highly beneficial microbes are especially at home in well-illuminated planted refugia, where there are rich pools of detritus as well as copious dissolved organics, which they excel at consuming.

In truth, these facultative heterotrophs are at least as beneficial for carbon cycling as they are for cycling nitrogen. Conventionally included among the “sludge-eating” anaerobes, PNSB also slurp up dissolved organics. Notably, they digest tough, complex carbohydrates like cellulose and lignin (mainly from dead algal biomass), which otherwise steadily build up in the refugium’s macroalgal litter. Better yet, live PNSB-based products such as PNS ProBio™ eat algal exudates–including those that tint the water yellow and irritate aquarium animals (e.g. polyphenols)!

Most beautiful of all? By nutritionally enriching the sediments, PNSB encourage detritivory by deposit-feeding invertebrates (e.g. nassarius snails). In the case of benthic copepods, this allows for the transfer of essential fatty acids, B vitamins, carotenoids, etc. up the aquarium food chain–via the PNSB to detritivorous pods to pod-eating livestock such as the mandarin fish, LPS corals, etc. As some number of the cells swim into the open water column, PNSB are also consumed directly by bacterioplanktivores such as sponges, soft corals, clams, etc.

Cycles of Life in the Refugium

It’s true: Big, fancy, powerful, high-tech aquarium filtration equipment can get you good results. But managing carbon and nitrogen by natural methods is infinitely more interesting! And with the right biological community, a ‘fuge can be a veritable super-filter. Want to build a truly sustainable ecosystem right in your saltwater tank? Just add a refugium!
[macroalgae]