You are here: Home / Refugium Education / Eliminating Detritus in the Refugium

Ever feel like no matter how much time you spend cleaning your tank, it can never really ever get clean? Detritus build-ups can be especially frustrating as they seem to come from nowhere and seriously compromise the healthy and natural appearance of an otherwise beautiful exhibit.

One solution is to construct the system in such a manner that detritus settles out in one small, designated area. Ideally, this is the refugium. Sure, maybe you don’t really want detritus in your fuge either, but better there than in your display tank, right? Also, and perhaps most importantly, concentrating this waste in a small, sheltered environment facilitates biological control via detritivores.

Muck on the Menu – Detritus Eaters

Most detritus originates as suspended particulate organic matter that sank to the tank floor. Though it is very characteristically brownish grey in color, detritus is formed from diverse materials. 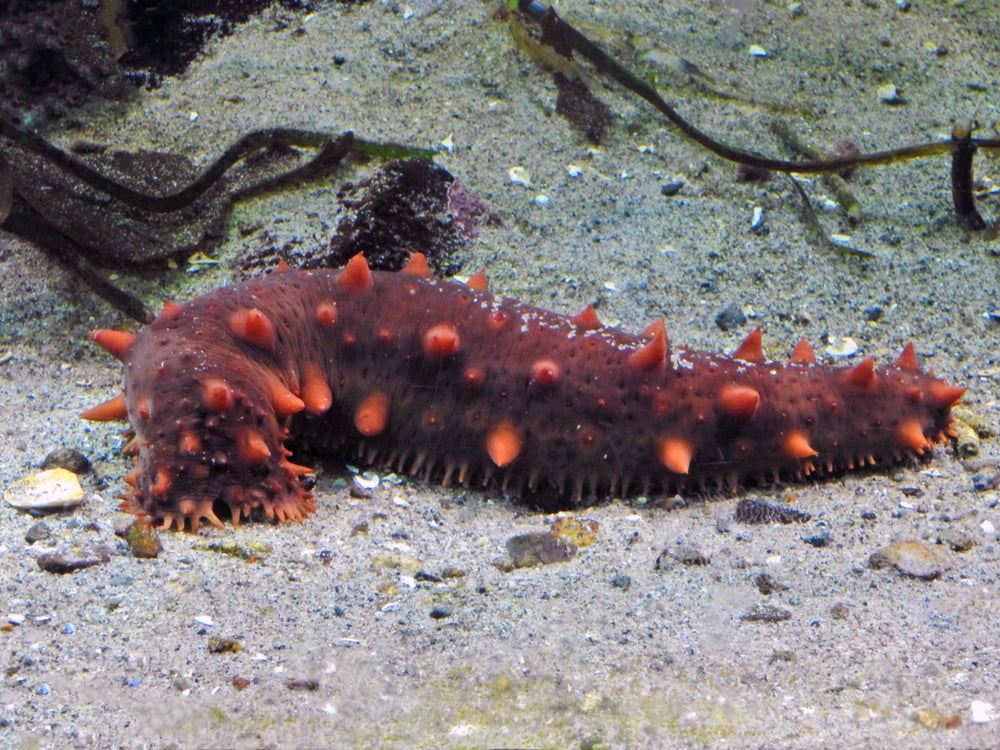 It most often has been eaten and re-eaten by various creatures. Thus, even though it is easy pickings for any animal that can reach it, its nutritive value is quite poor. With so few creatures willing to consume it, detritus can accumulate at a surprisingly fast pace.

In the natural world as in our own, one’s trash is another’s treasure. Few resources (no matter how seemingly low-value they may be) are left unexploited in the Wild. Indeed, some species
have adapted to a life of consuming detritus, usually in order to obtain the much more wholesome bacteria and protists living therein. By adding a few of these species, however, these accumulations can be reduced or eliminated with little effort and no adverse side effects.

Detritivores are represented in many taxa, but predominantly are burrowing inverts. Many of these specialized species consume detritus almost exclusively. Some take huge bites of substrate, digesting the good stuff and excreting dense, sandy pellets in their wake.

There are, however, numerous reasons that some of these creatures cannot be kept in a conventional reef aquarium. For example, some may not be reef-safe or not safe from animals in the main tank. On the other hand, the refugium can be a great, safe place to house them! This is especially so for infaunal detritivores (those that consume solid organics from under the surface of the substrate) in refugia with deep sand beds (DSBs). But the very best reason to keep your detritivorous livestock in the refugium is because that’s usually where the most food is!

A lot of refugia essentially behave like small settling basins. A settling basin (or decant basin) promotes the sedimentation of particulate matter and turbidity from wastewater. These relatively 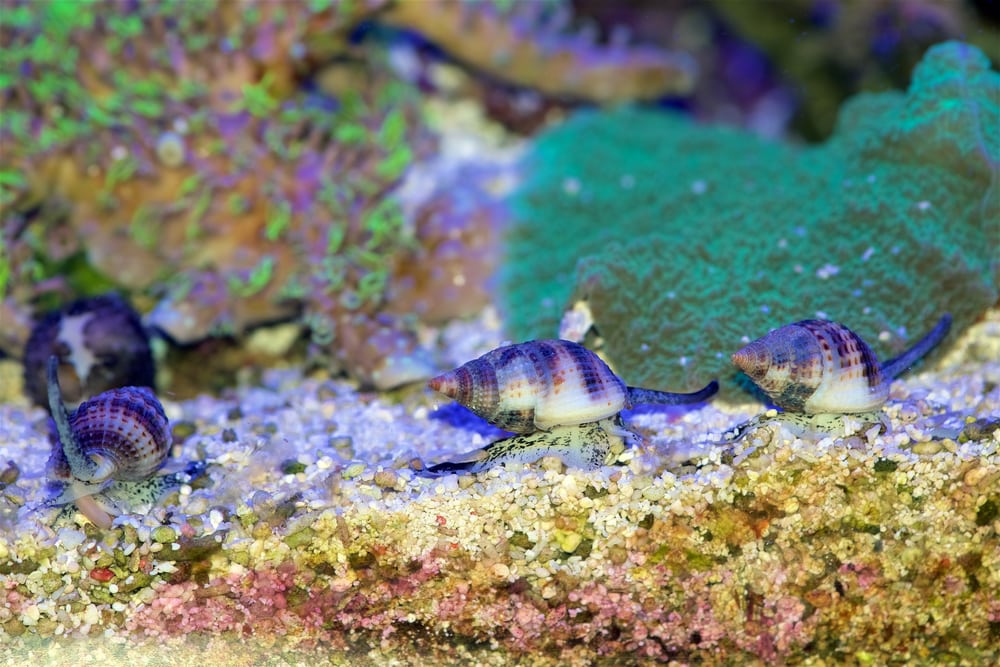 simple structures control turbidity (measurement of light scattered by suspended particulates) and pollution in industries ranging from mining to aquaculture. Settling basins can clear water of all detritus but for those tiniest particles (i.e. with a mass small enough to be more or less perpetually suspended by Brownian motion).

Sedimentation rates of settle-able matter (i.e. particles with enough mass to sink) depend largely upon average sinking time. Sinking time is affected by water velocity which, if strong enough, can re-suspend the particle. If sinking times are shorter in the refugium than in the main tank (that is, if the water velocity in the former is a bit lower than the latter), settlement will occur in the former at a higher rate. In planted refugia, which provide an enormous amount of frictionable surface area, localized spots of reduced flow further increase sedimentation and eventually very heavy detritus build-up.

Lastly, because of the comparatively small outlet (usually to a return water pump), particles in motion are subjected to “the narrow escape problem.” In this case, suspended particles are
restricted to a smallish compartment by a reflecting boundary–except for a small opening through which they may escape. The direct effect of the narrow escape (the average amount of
time it takes for a particle to move through the refugium) depends primarily upon the number and size(s) of windows. This is just one more reason (excuse!) to get a huge fuge; at a given
flow rate and total window dimension, a bigger refugium will have a bigger narrow escape problem and hence greater deposition rate of detritus.

So you’ve settled out most of the main tank’s detritus into the refugium. Now what? Great that you can no longer see it in the display, but it can still degrade water quality if allowed to rot in
place… Carrying out huge, frequent water changes can be an expensive time-eater. Why not just introduce some hardy, interesting creatures that will devour it?

Your detritus clean-up crew might include nassarius snails, cerith snails, Molly Miller blennies, many burrowing sea cucumbers and, of course, benthic copepods. Sure, much of what they eat
will just be excreted back onto the bottom. But each pass will mineralize the detritus further and further it has been completely broken into down into its most simple molecular constituents which can again be taken up by the plants.