Farmed in the ‘Fuge: Feeding Your Marine Animals Live Macroalgae 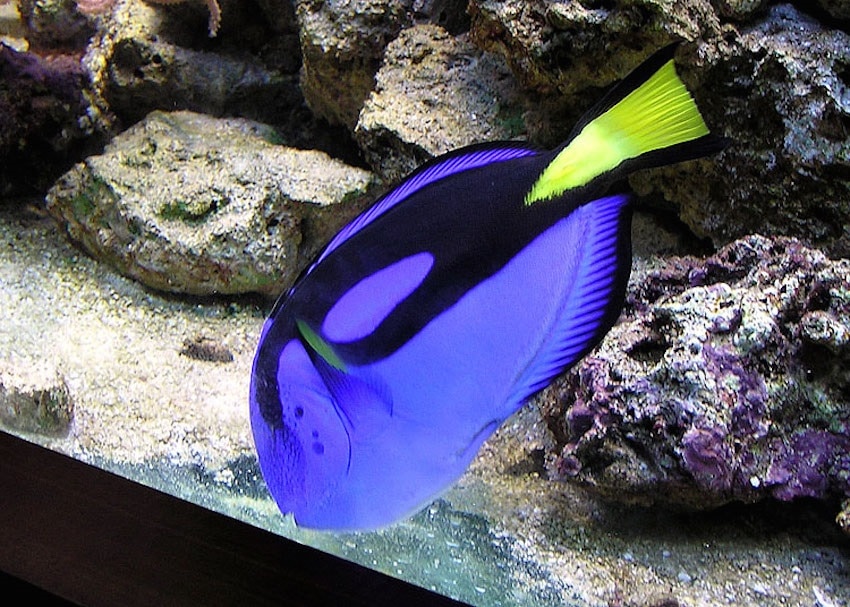 Seaweed grazing might appear to be an easy and carefree way for an animal to get its meal. This is, however, not often so. For one, plants have comparatively less protein and fat content than meaty fares. Herbivores therefore must consume considerable amounts of food to meet their intake requirements for normal growth and metabolism.

Also, plant-based foods generally take longer to digest. An herbivore therefore must strictly pace itself, feeding almost continuously throughout the day. Particularly in a typical reef environment (where large, fleshy seaweeds are scarce), grazers must be both highly active and extremely meticulous just to get their requisite daily sustenance. Even while being harassed by competitors and stalked by predators!

Many marine aquarists find it difficult to keep weight on some of their herbivorous animals (especially fishes) despite the frequent complaint of nuisance algae growth. But most often, there simply isn’t nearly enough edible material there for them to eat. Sure, the growth rate of algae (desirable or otherwise) in the system might be quite high; even so, captive herbivores have a much, much smaller “field” to graze than their wild counterparts. Some growths remain untouched in spots where it cannot be reached (i.e. small cracks or pockets in the rock surface). Furthermore, some of these algae are unpalatable due to the presence of noxious substances, a tough physical composition, etc. A tank housing intensive grazers such as lawnmower blennies can be very quickly depleted of palatable algae (at least to the extent that it can be reached). Even clean-up crew animals such as snails and sea urchins might begin to starve. In such cases, supplemental seaweed feedings will become necessary.

Aquarists have a few options when selecting supplemental foods for their herbivores. These include both live and prepared diets. Prepared algae-based foods may be (1) dried whole or (2) integrated into pellets, flakes, wafers, frozen concoctions, etc. Prepared diets are most often chosen for their apparent convenience. They are, nonetheless, not always ideal. Processing methods can destroy valuable constituents such as vitamins and fatty acids; oxidation can further reduce their nutritional value. In this respect, live macroalgae is certainly preferable. And, if a lush patch of seaweeds is sitting right there in your refugium, convenience is hardly an issue.

At this time, most reef aquarists who cultivate macroalgae do so in a refugium for the purpose of nutrient export. Fundamentally, as the standing crop grows, portions are discarded; consequently, excess nutrients such as nitrate and phosphate (having been incorporated into the algal biomass) are removed along with the harvested materials.

It is possible—and perhaps better—to recycle these nutrients. This can be accomplished by feeding harvested plant biomass to the aquarium inhabitants rather than just tossing it out with the trash. Why, you might ask, would one add the nutrients right back to the system if they’re so bad? Just remember this: Your herbivorous fishes and invertebrates will have to eat something. If that something is a prepared food (or really anything that did not originate in the system), you will nevertheless be introducing nutrients. The main advantage of recycling (aside from the generally superior nutritional content of the live feed) is that levels of dissolved nutrients will be comparatively easier to stabilize over time. And, the keeper can take much greater satisfaction in constructing a more diverse, dynamic and efficient captive ecosystem.

Some “macros” that are suitable for refugia are also excellent for feeding. These types are not only soft enough to bite/chew but are also highly nutritious and lack toxic compounds. They may be effectively used to feed fish (many angelfish, tangs, butterflyfish, blennies, boxfishes, etc.) as well as most herbivorous inverts. Macroalgae of the genera Ulva and Gracilaria are excellent examples of plants that can be utilized in this manner.

The sea lettuce (Ulva lactuca) seaweed is sometimes very plentiful along seashores that are high in dissolved nutrients. This (very) green algae is known for its capacity for rapid growth. It is eagerly consumed by humans in dishes such as sushi and seaweed soups, where it is known as Ao-nori. For a macroalgae, it has a very high omega-3 fatty acid, B-vitamin and protein content. Often only two cells thick, its soft blades are a breeze for aquarium algae-eaters to tear into. Being adapted to shallow inshore areas, it prefers lower water flow rates and rather intense, full-spectrum lighting.

The sea mosses or ogo seaweeds (Gracilaria sp.) are exceptionally beautiful, plant-like red algae. Also consumed by humans, Gracilaria can be found in dishes such as ogonori. One particularly useful ogo for the marine aquarium is the “red ogo” (Gracilaria parvispora). Like U. lactuca, G. parvispora is regarded as a fast grower. It is also quite soft and delicate (even compared to other members of its genus). And, it is not very finicky about growing conditions; medium water flow rates and relatively modest lighting (a 60-watt bulb, 5,000K or higher spectrum for 8+ hour photoperiod per day) is all that is recommended. 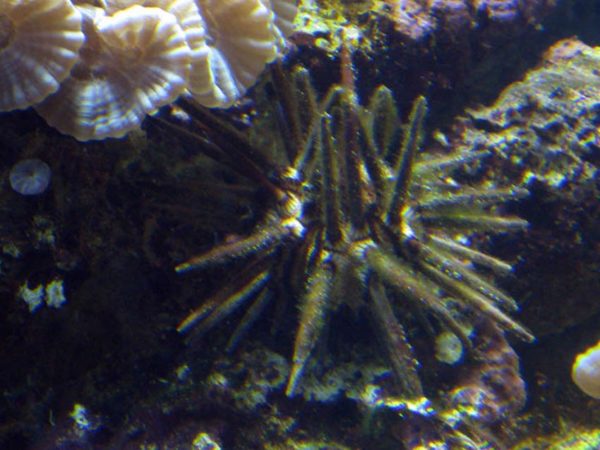 Just as mixed species of copepods and phytoplankton can help to provide a more balanced diet for captive marine animals, so can seaweed blends. For example, Ulva is rich in iron, but has little iodine. Gracilaria has plenty of iodine, but is lower in iron content; hence, a combination of the two might be even more nourishing than either one of the pair by itself. Additionally, some herbivores have distinct preferences for certain types of algae; offering several different kinds of seaweed will help to ensure that these specialists are perfectly satisfied.

A truly winning combination is sea lettuce and red ogo from AlgaeBarn’s CleanMacro™ Series. Both Clean Sea Lettuce and Red Ogo Gracilaria are thoroughly “cleaned” and safely treated to help prevent harmful hitchhikers from finding their way into your tank. As with any garden, the reduction of pest species can greatly boost productivity and make for a healthier, more trouble-free system altogether.

Really, it makes just as much sense to feed out your harvested algae as it does to operate the refugium itself (a lot!). In addition to providing your grazers with a steady, bountiful supply of fresh seaweed, the very simple act of cultivating these plants will ultimately lead to a reduction of nuisance algae. And who wouldn’t want healthier aquarium livestock or a lower-maintenance aquarium system?

A Remarkable Macroalgae – Chaeto in Aquaculture

In honor of World Ocean Month, we will highlight some of our favorite products that help to preserve our ocean ecosystems. Chaetomorpha linum, or Chaeto

Read More about A Remarkable Macroalgae – Chaeto in Aquaculture