You are here: Home / Macroalgae / An Overview of the Red Alga Gracilaria

There are a lot of good reasons to incorporate a planted refugium with Gracilaria into one’s marine aquarium system. The usual stated purpose is for the removal of excess nutrients such as nitrate and phosphate that build up in the aquarium water. In theory, these nutrients actually exit the system when algal biomass is harvested and discarded. By keeping the water nutrient poor, nuisance algae such as Bryopsis and Valonia can be suppressed or even smothered out. 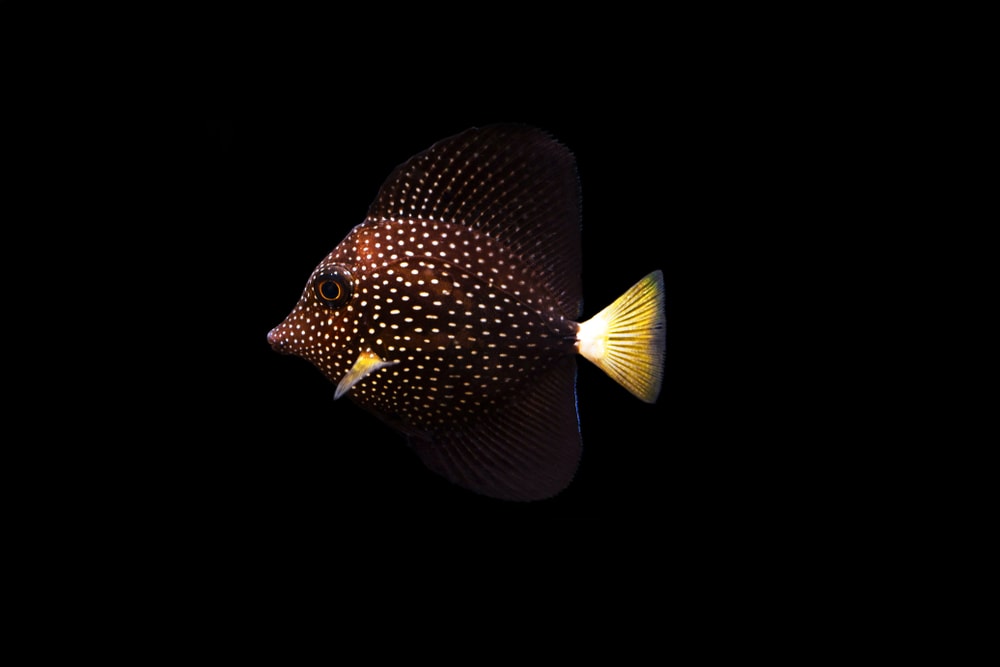 Some aquarists, on the other hand, might cultivate macroalgae purely out of an interest in marine botany or an appreciation for the exotic beauty that many of these “seaweeds” possess. While macroalgae have been a common component of marine aquarium refugia for decades now, lushly planted marine display tanks are only recently beginning to be seen with any regularity in the hobby. Ornamental species are indeed frequently seen in the main tank, albeit sparsely; it is still far more common to see dense algal beds in refugia. But it is generally in a display tank that macroalgal species are selected mostly on the basis of physical appearance, rather than their ability to sequester nutrients.

Of course, even those aquarists that cultivate macroalgae for the purpose of biofiltration prefer species that have an attractive appearance. And there are a few seaweeds that are both beautiful and good at “cleaning” the aquarium water. Of these, members of the genus Gracilaria are among the most popular with aquarists and aquaculturists.

Gracilaria is a rhodophyte (red algae) from the family Gracilariaceae. The family claims one genus with a rather large number of species (about 100), Gracilaria, and a handful of genera with just a few species. Gracilariaceae belongs also to a larger group (known as the Florideae), which usually have a three-phase life cycle and exhibit apical growth (i.e. growth of lateral buds is inhibited so that the plant may grow vertically). All examples of the genus are fleshy in body composition; fronds are typically flattened or foliose. A growth of nutritive filaments distinguishes it from the very closely related Graciliariopsis where they are not present. Members of the genus are very widely distributed across shallow temperate and tropical seas.

Many different peoples have used this nutritious seaweed for food. In past centuries, it was farmed in Japan by placing large rocks over sandy or muddy bottoms. Today it is cultivated for food as well as for the agar and carrageenan industries (e.g. the important agarophyte Gracilaria confervoides). And, as it turns out, this plant can also be put to good use in the marine aquarium.

Not only does Red Ogo Gracilaria have a high rate of nutrient uptake and a nice appearance, it has the third charm of being a wholesome and highly palatable live food for algivorous fishes and invertebrates. Tangs are known to love the stuff, and it is sometimes served live—straight from the refugium—just for them. It can also be used to sustain a community of hungry clean-up crew animals (emerald crabs, turbo snails, etc.) after they have meticulously cleaned out the main tank. Fed out to aquarium animals as it grows, it can recycle nutrients within the system. Supplementing the diets of herbivorous aquarium animals in this way reduces the amount of new nutrients that must be introduced into the system via prepared aquarium foods. In a certain respect, this approach can make an aquarium system—as a more dynamic and naturalistic captive ecosystem—a whole lot more interesting.

Gracilaria is usually propagated vegetatively. By cloning superior individual plants, cultivators have created distinct strains by selecting for characteristics such as fast growth under specific culture conditions or even for resistance to overgrowth by epiphytes (plants that grow on other plants). It is known to grow rather quickly, though actual productivity varies with different light conditions, nutrient levels, trace element levels, etc. Maximal growth rates for this prolific plant are reached only when macronutrients such as nitrate and phosphate are steadily maintained at high levels. For instances where it is farmed on a commercial scale, some have made the bold suggestion of enriching the culture waters with sewage effluent.

This adaptable macroalgae can easily be grown in, and harvested from, pretty much any kind of refugium. Oftentimes, it is kept in the refugium as small, unattached sections that are suspended in the water column and tumble in the gentle currents. An upwelling or bottom-sweeping current will help to thoroughly shuffle the plants and equally distribute their exposure to the light source. A baffle that drives inflowing currents over the bottom of the refugium can generate this type of water movement. Provided that the light intensity is high, this method of cultivation can potentially yield a considerable amount of algal biomass in a relatively small volume of refugium space. 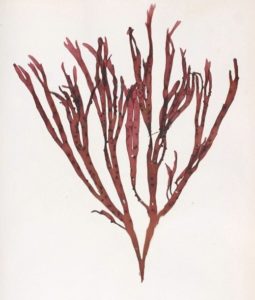 re ornamental purposes will generally want to keep them attached to a hard substrate. Luckily, these plants can easily be made to adhere to any hard surfaces, including the back and side panels of the tank. Grown attached, each plant resembles (both in form and in hue) a tiny burning bush. Like flames, the tips of the fronds curve and fork into numerous thin points. Its rich coloration—somewhere between a bright red and a burgundy—pops over any aquascape. It has been widely heralded as being incapable of spreading throughout and overgrowing a tank. However, a thick, extensive, mature bed of Gracilaria can develop over time, where the bold color and delicate shape of the plant can impart a huge aesthetic impact to an aquarium display.

Gracilaria is known by many for its distinctively beautiful and elegant form. But it is certainly more than just a pretty plant. The ease with which it can be kept and its capacity for high nutrient uptake make it an excellent refugium macroalgae. And, as it grows and removes unwanted substances from the aquarium water, it can be periodically harvested and fed out to a variety of herbivorous animals. It is tolerant of pruning and will not leach toxic compounds. All things considered, it’s hard to imagine why Gracilaria isn’t used in every marine aquarium.

A Remarkable Macroalgae – Chaeto in Aquaculture

In honor of World Ocean Month, we will highlight some of our favorite products that help to preserve our ocean ecosystems. Chaetomorpha linum, or Chaeto

Read More about A Remarkable Macroalgae – Chaeto in Aquaculture