You are here: Home / Invertebrates / Snails / All About Saltwater Snails

They are found in freshwater, saltwater, and on land; they are called snails! Hobbyists have found saltwater snails to be one of the best critters for reef aquarium algae control. There is a saltwater snail for almost every kind of algae. For this reason, It is not surprising that they are one of the most popular cleanup crew organisms. Along with having diverse variety and excellent algae eating abilities, it is also interesting to watch snails crawl over the rocks or on the grass as they graze on that nuisance algae.

Snails are a type of gastropod. They have shells to protect them from predators and they all have a similar slug appearance. Saltwater snails can be found in almost every ocean around the world. Although many are collected by divers from these oceans, they are also being captive bred. This allows for the wild populations to remain stable. It also decreases the chance of unwanted hitchhikers coming with the snails into an aquarium. As with most living things in this hobby, captive-bred or aquacultured is the preferable choice.

Invertebrates, including snails, all share the common attribute of being sensitive to copper-based medications. Snails are generally very hardy, but copper will have negative effects on them.

There are many different types of saltwater snails and they all can work in different situations. Some snails stay strictly in the sand, while others will go anywhere in the tank. This is what makes snails one of the best reef cleanup crew members. Having different snails is recommended. They are peaceful towards each other and will often work together to clean all areas of your tank. The snails I will discuss in this article are the Trochus Snail, Cerith Snails, Mexican Turbo Snails, Astrea Snails, Conch Snails, and more.

Trochus Snails come from the Indo-Pacific region. They are widely collected in the wild but are also being captive-bred. These snails are one of the best options for snails for many reasons. First, they are great algae eaters with large appetites. They will graze on green algae, slime algae, diatoms, filamentous algae, and cyanobacteria. In addition to that, they are able to flip themselves over after falling off a rock or the tank’s glass. This will allow them to live longer, saving you money. Also, Trochus Snails are hardy and live longer than other snails. They can withstand hotter temperatures too, which is great for tanks in warmer areas. They work well with Cerith Snails; as Trochus Snails will stay above the sand line when cleaning glass, while Cerith Snails will clean the rest of what they missed.

Turbo Snails are another hungry snails that can clean the glass and rock. As their name says, they come from the Gulf of California in Mexico. These snails are especially known for eating hair algae, but they will eat other kinds as well. While these are great, hard-working snails, they have some downsides. They will clean all areas of the tank, including the rock structures. This means they may accidentally knock over unstable rocks or corals frags with their shell while mowing around. For some hobbyists, this is not a major issue, but others may not think it is worth it. The other, most annoying issue, is that they can not flip themselves over. This would not be an issue if they did not fall as much as they do. When they all of the rock or glass and land on the back of their shell, they will die if they are not flipped over. This severely decreases their life span. This defect also makes them easy targets for hermit crabs and wrasses. Turbo Snails are effective, but not efficient.

Astrea Snails look very similar to Trochus Snails but are not the same. The main difference is that they are unable to flip themselves over. Just like the Turbo Snail, this may be a major nuisance. Astrea Snails are native to the Caribean. They are fully reef safe and overall a good addition to a cleanup crew. Unlike Trochus Snails, they favor hair algae. They will also eat film algae, diatoms, and Cyano. Like the Trochus Snail, Astrea Snails can handle warmer waters. In terms of hair algae eating snails, they are one of the best. Aside from not being able to flip themselves over, they are generally hardier than other types of snails.

Conch Snails are certainly one of the most interesting snails appearance-wise. They have two long eye stocks with large eyes at the ends and a long trunk for a mouth. They also have a poky tail, although it is rarely seen. Despite their nickname, Fighting Conch, they are very peaceful. They will not harm other inverts or fish. Conch Snails stay in the sand bed and off the rocks, away from corals. They are a great sand sifting snail that eats algae and detritus off of the sand bed. As they burrow in and out of the sand bed, they will keep it clean and aerated. They work well with other sand sifting snails too.

Cerith Snails are another great snail for keeping your substrate clean. At night, they will eat diatoms, film algae, Cyano, uneaten fish food, and detritus. As mentioned earlier, Cerith Snails are great for cleaning that bottom strip of algae on tank glass that is often not cleaned or eaten. Although they will rarely end up on their back, they are able to flip themselves over. They are much smaller than the Conch Snail, but they can do a lot as they sift through your sand bed. This snail is one that should already be a part of your clean up crew.

Nassarius Snails are another interesting sand sifting snail. Although they primarily come out at night to scavenge for food, they will also come out whenever you are feeding the corals or fish. They have ferocious appetites. Unlike Cerith Snails and Conch Snails, it is not rare to find Nassarius Snails on the glass as well. Not only do they feed on fish waste and leftover food, but they help to keep the sand bed aerated. Another interesting thing about nassarius snails is they sometimes stick their long snout out of from under the sand bed. This behavior is fun to see in an aquarium and will certainly get some attention from family and friends.

Snails are a very peaceful creature, which also makes them great sources of food for predatory animals. Wrasses are infamous for harming snails. Although not each will do it, there is a group 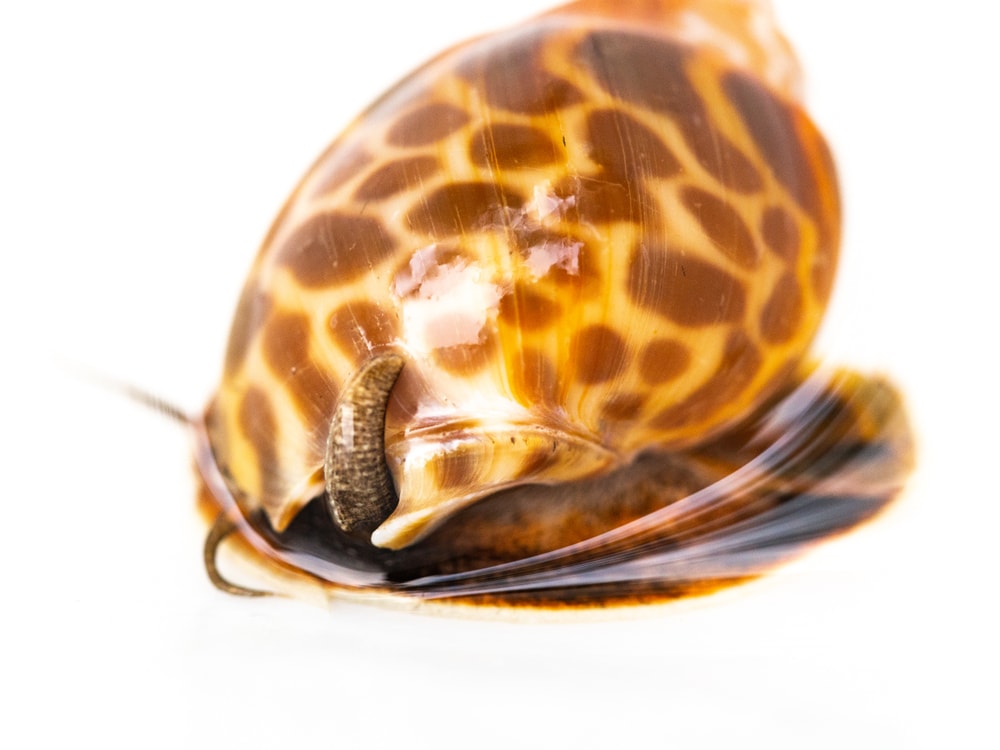 that will. Avoid getting these kinds of wrasses if you plan on having snails in your clean up crew. If you have to have that Bluehead Wrasse, save your money and avoid getting snails. Other large saltwater fish, such as triggerfish, will eat snails as well. For this reason, it is best to keep snails away from these crustacean killers. Other potentially snail-eating fish: Hogfish, Hawkfish, and Pufferfish.

Some Hermit Crabs may also go after snails in search for a home. You can avoid this by having other empty shells for hermit crabs to live in. Otherwise, it won’t be long before your Hermit Crabs decide to eat your hardworking Turbo Snail and live in its shell.

Saltwater Snails: they are the best for algae control and cleaning up waste. These peaceful creatures are something every tank should have. Whether you are trying to control algae or have another intriguing creature, snails can do it. From the Cerith Snail to Trochus Snail, there is one for every kind of algae and form of waste. They are hardy creatures, especially if they are captive bred. Don’t miss out on watching snails get rid of that pesky algae and keep your tank clean.