Once upon a time, all of our saltwater fish, invertebrates, and corals were wild caught, there was no captive bred livestock anywhere. Hobbyists were still using compact fluorescent bulbs and tap water in their reef tanks, under gravel filters were still cutting edge technology, and most people had their fish for six to twenty four months before they died of “old age.” These days are long behind us now and as our technology advances in great strides, so does our understanding of the species we keep and their true care requirements. Nowadays, it is difficult to find wild caught Ocellaris, Maroon, or Percula clownfish and many more species are starting to be sustainably bred in captivity so as to lower our impact on natural reefs and their resources. Instead of simply giving a list of reasons why you should buy captive bred specimens, I hope this article helps show you why we need to focus on breeding more and more species and how it can actually benefit the hobbyist as well as the ecosystem. 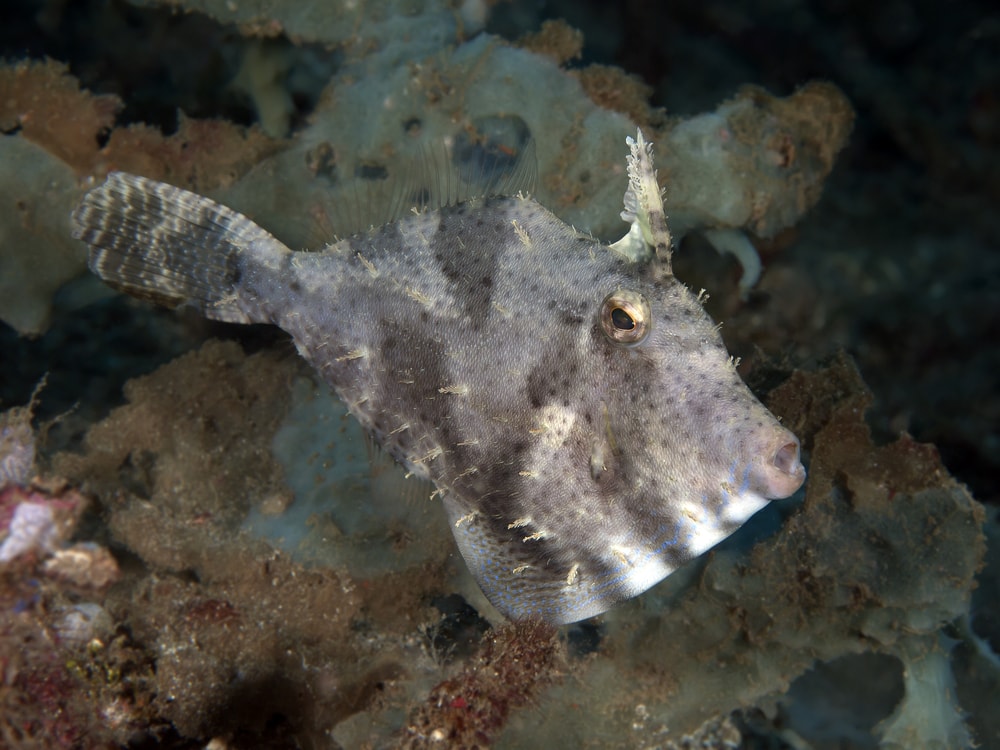 One of the most popular aquarium fish is the Mandarin (Synchiropus splendidus). Because they have a very specific diet of copepods and amphipods, they are considered an expert level fish by some hobbyists. But, captive bred species are able to be quickly trained onto frozen foods and can be a simple fish to keep! Due to their delicate nature, I have found them to have a higher mortality rate than other species during shipping. In addition to this, beginner hobbyists who do not research the dietary needs of the fish also increase the mortality rate of newly caught specimens since they are starved to death in new tanks. If captive bred mandarins become commonplace, it will greatly decrease the number of individuals killed due to our hobby.

Aiptasia and mojano pest anemones are a problem in many saltwater aquariums. While many people opt to add a filefish (Acreichthys tomentosus) to control these pests, a lot of filefish end up avoiding the anemones altogether. They instead opt for coral or prepared foods. But, captive bred filefish are actually raised on a diet consisting of mostly aiptasia anemones. Because of this, they instantly target these problematic anemones and ignore corals and other foods. Opting for a captive bred specimen can end up saving countless Acan, Zoanthid, Blasto, and Euphyllia colonies from being decimated in hobbyists’ tanks.

Coral Beauty angels have long been renowned as one of the most popular and beautiful dwarf angelfish. But I have found that angelfish are more susceptible to ailments such as flukes, ich, and velvet than other fish. Unlike Captive bred Angelfish, many of the wild angels I order get to me and are already infected with flukes that require treatment. This also means many die in transit due to stress in addition to possible infection. And, angels can be sensitive to copper during quarantine, Because of this, I much prefer captive bred coral beauties as it drastically reduces the number of fish who perish in shipping or in our tanks because the hobbyist is unable to identify the problem (flukes are nearly impossible to see in the gills) until it is too late. It is said that captive bred individuals are also less aggressive than their wild counterparts.

Another iconic saltwater fish is the Yellow Tang (Zebrasoma flavescents). So iconic, that Hawaii alone exports 300,00-500,000 per year for the aquarium trade. While their natural populations are not in danger due to protected areas covering much of their habitat, they are another species that develops ich and HLLE easily and can die purely from stress during transit. Captive bred species have been noted as more disease resistant and adapt to aquarium life much easier. Since tangs are active fish who swim miles a day in the ocean, many wild caught individuals just don’t adjust well to small tanks and may even starve or stress themselves to death.

In some areas, illegal fishing practices are overlooked and ignored. These practices can be destructive to the reef, fish collected, and the surrounding ecosystem. Unfortunately, the Blue Hippo Tang (Paracanthurus hepatus) has been linked to these practices in many areas. Some reports also so local populations disappearing or dwindling in select regions due to over fishing the Blue Tang. Because of this, the captive breeding efforts to sustainably rear these fish was welcomed with open arms by hobbyists and the public alike. These hardier, more disease resistant tank bred tangs are a much more environmentally conscious choice.

In addition to these species, many other fish have been bred in captivity in recent years. These include Bangai and Pajama cardinals, Neon Gold gobies, Neon Blue gobies, Clown triggers, Rainfordi gobies, Striped Fang blennies, Forktail Blennies, Molly Miller Blennies, and Link gobys.

What About Other Captive Species?

Many invertebrates have been bred as well, such as Trochus, Cerith, and Nassarius snails, Peppermint and Harlequin shrimp, Pincushion urchins, cuttlefish, octopuses, and multiple anemone species.

Aside from the reasons most places give to customers considering a tank bred specimen, there are other topics that I feel are important to cover that are often overlooked. In some areas, particularly the Philippines and Indonesia, fishing practices are very loosely watched and many fishermen use illegal methods of capture. Many people who purchase livestock from importers or directly from suppliers avoid buying from regions like this because the amount of fish that die is atrocious. One researcher found that in his facility, nearly 60% of fish and a quarter of the inverts he bought from the Philippines died within 40 days of being put into his system. These tanks were attached to another set of aquariums that was housing fish from areas with more rigorous collection laws. He had no fish or inverts die before adding these fish, and only about 6% of these “higher quality” fish died within the next forty days (no invertebrates died). Since they were in a shared system, the only difference to account for the different mortality rates could be from collection practices.

In the areas with the problems outlined above, one of the biggest threats to marine life is the use of sodium cyanide. It is used to stun fish to make capture easy but in return decimates the reef in the immediate area and causes irreversible damage to the internal organs of the fish. These fish show no outwards signs that would alert consumers that they were caught this way. Fish caught with cyanide will live a few weeks to a year or two after capture until inevitable organ failure causes them to perish.

In conclusion, captive bred fish and invertebrates are a much better option if you have the choice between them and wild caught specimens. Buying tank bred fish is the only way to guarantee that your fish was not caught with cyanide in most instances. Cyanide caught fish are cheap and easy to export, so unfortunately the majority of our aquarium fish come from these regions. Plus, each fish caught with cyanide causes up to a cubic yard of the reef to be killed. Those reasons alone are enough to convince many people to switch over to these captive bred fish. These ecosystems are already incredibly stressed and dying in a lot of areas, so if we can lessen our impact by breeding popular species we could help ensure that our grandchildren will get to enjoy the beauty of living coral reefs. As a hobby, we need to continue to support breeding efforts. Who knows, maybe in the future captive bred fish will save a species if it were to go extinct in the wild. This has already been the case in numerous freshwater cichlids, and I hope that we can use our hobby to help reefs in a similar way.