Algae Happens. Even the types that we don’t want in our aquaria–and actively try to eradicate (like hair algae)–can gain a pretty good foothold from time to time. This isn’t necessarily the worst thing that can happen… After all, every “bad” algae species occurs naturally in the wild and serves some important ecological role.

That being said, most of us really hate the sight of algae proliferating in our reef tanks. This is for good reason, as benthic algae (aside from a few crustose forms such coralline algae) do not grow in abundance on healthy coral reefs. This sparsity is due in part to the nutrient-poor nature of shallow, tropical marine waters; it is also partly due to the heavy presence and high diversity of herbivores there.

Hair algae is a particularly troublesome type of nuisance algae as it is extremely ugly, fast-growing, has the capacity to overgrow/kill desirable sessile invertebrates such as corals and is exceedingly challenging to eliminate. Algae species belonging to several genera are designated as “hair,” but most cases involve Derbesia spp. Being as it is virtually everywhere and loves typical aquarium conditions, it will probably find a way to grow in your tank–a nearly inescapable aspect of reef keeping. But you don’t have to keep bleaching everything and starting over from scratch nor do you have to settle with green wooly gardens. You can control this!

The first step in hair algae control (as it is with all nuisance algae) is maintaining low concentrations of dissolved nutrients such as nitrate and phosphate. Without fertilizer, algae simply cannot grow!

By all means, go ahead and use high-quality chemical filter media for this. But don’t underestimate the power of old-fashioned water changes. To ensure the make-up water is nitrate/phosphate-free, mix your saltwater only with purified water (i.e. not tap water). The more frequently you perform water changes, the healthier your tank will be. That’s an indisputable fact. And there aren’t a lot of indisputable facts in this hobby.

Adding the right community of herbivores for a reef tank can be trickier. This is mostly because different algivorous species are best for controlling different species of algae. Actually, some commonly used algae-eaters might not even look at hair algae. Thus, preventing/controlling hair algae outbreaks with the use of herbivores requires some forward planning, particularly with respect to species selection. Thankfully, many of these (as those below mentioned) are available as captive bred!

The best place to start is at the bottom, so to speak. Among so many other good things, benthic (usually harpacticoid) copepods are excellent at helping to curb benthic algae growth. For this, a combination of Tisbe and Tigriopus works well.

Snails are a tried-and-true solution for algae removal. However, not just any snail will do. For example, while Trochus spp. snails are great at keeping the tank panels clear of film algae, they 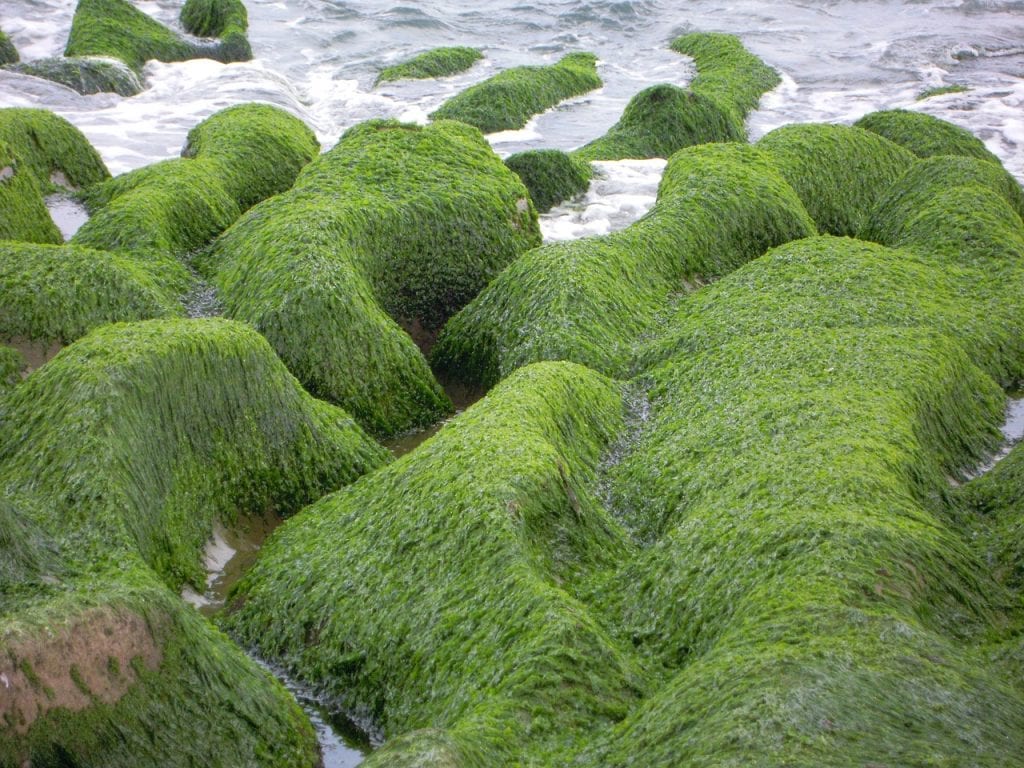 kind of suck at clearing hair algae from rocks. Actually, not very many aquarium-hardy snails are good at eating hair algae–too many species prefer cooler water, can’t right themselves if they fall over, or are just plain wimpy in a captive environment. A great exception here is the cerith snail. Most Cerithium spp. snails that are available in the trade not only readily consume hair algae but also eat detritus. Really, at least at this time, ceriths are probably the most underrated aquarium snail out there overall.

There is probably no saltwater aquarium invertebrate that eats hair algae as reliably as a sea urchin. A few sea urchin species of note are the pincushion urchin (Lytechinus variegatus) and the blue and red tuxedo urchins (Mespilia globulus and Mespilia cf globulus, respectively). Both of these are attractive and lack the long, potentially injurious spines of other commonly traded aquarium species. And, to say the least, they are voracious algae-eaters. More specifically, they mow hair algae like they’re mowing the lawn.

There are quite a few fishes that will nip hair algae in the bud. Most typically, tangs and certain blennies are used for this purpose. However, if you find these blennies too ugly and don’t have a large enough tank to properly house a tang, you still have a (very) attractive option: The court jester goby (Koumansetta rainfordi). Captive-bred specimens of this peaceful, pretty little fish are known to include algae (specifically including hair algae) in its diet. A colorful fish that will eat hair algae in your nano tank!

There is no single, ideal biocontrol for hair algae. In other words, a well-balanced community of select herbivores does a better job than any one species by itself. For example, larger herbivores can rid a majority of an algal patch quickly, but the smaller ones mop up the crumbs, helping to prevent regrowth.

Again, in terms of the sheer algal biomass they consume in Nature, copepods are the ultimate herbivore. Copepods are indeed the one algae-eater that you simply cannot have too many of. However, they can’t keep up with hair algae alone. This is because they’re not as equipped to munch at the long, mature, grown-out filaments; rather, they need help from other grazers that chop it down to size. Copepods primarily slow its spread/return by feasting on the trimmed “stalks” or on the tiny, newly settled gametophytes.

“Hairier” hair algae growths are best tackled by larger inverts. Again, certain snails work well for this. However, one must avoid overdoing snails. Too many snails vying for the exact same food source could mean eventual snail starvation/death, with the resulting decay spurring new algal growth (and some pretty unforgettable odors). Best to stick to a snail or two per gallon and leave some of the work to an urchin!

Yes, urchins too can eat all of the hair algae. But if there is any concern about a sea urchin running out of food in the tank, you can easily offer it supplemental feedings of algae wafers or a piece of macro from the ‘fuge. Unless we’re talking about a huge tank with a huge algae issue, one urchin should be enough.

It is even easier to supplement the diets of fish, as they are in general quite omnivorous. Captive-bred court jesters, for example, accept a wide range of items including many prepared foods.

When it comes to controlling hair algae, proactiveness is key. We advise taking the initiative and doing everything to boost pod populations as much and as early as possible. Add a few ceriths as soon as you begin stocking with fish. And include herbivorous fish species! If your algae-eating fish cannot keep up with hair algae growth, help them out with a sea urchin sidekick. So long as you maintain consistently high water quality (i.e. low nutrient levels), a group of herbivores such as this will be more than sufficient to keep your tank free of runaway hair algae plagues.