Peppermint shrimp, or Candy Cane shrimp, are one of the most popular ornamental shrimp within the aquarium trade. In fact, they are so popular that they are intensely harvested, more so 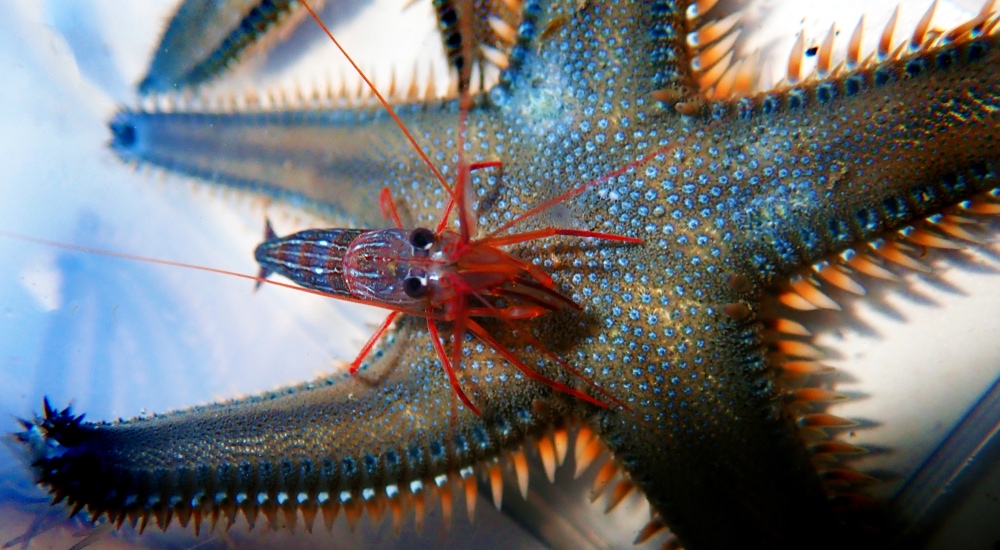 than most other invertebrate species. With them being so popular, and their ease of breeding, we really should be working together as hobbyists to ease up on just how many we collect. These shrimp serve several ecological purposes- from controlling pest anemones, cleaning decaying organic matter from the reef, and even acting as a cleaner shrimp removing dead skin and parasites from fish. If we continue to harvest these little shrimp at the rate we currently are, who knows what kind of impact we could accidentally have on their natural habitat. Thankfully, Peppermints are one of the easier shrimp to breed and tank bred specimens are getting easier and easier to find. And, hobbyists dedicated to breeding set ups are also able to rear young. If you are up for a challenge, this is a fun project to undertake!

First, you have to establish your breeding colony. Candy Cane shrimp are notoriously cannibalistic and aggressive towards one another, so do not expect every single one you buy to survive. It is better to start with a few extra and let them work out who is strongest and gets to be part of the colony. Typically, about 2 shrimp per 10 gallons is about where they will level out. So, if you have a 20 gallon tank to breed them in, purchasing 4 to 6 shrimp is recommended.

In the breeding tank, place a heater, gentle filter, sand, and live rock. Most importantly, do not add any other fish or invertebrates as they will prey on shrimp larvae, which may discourage breeding. Remember to keep parameters in check, and carry out routine maintenance as if this was your main display tank. Many hobbyists who have tried breeding Peppermint shrimp have killed their breeding colony due to poor water parameters or disease when they forgot to perform proper water testing or changes. Plenty of live rock is needed to provide the shrimp territory and places to get away and hide from each other. Right after molting, the adults are vulnerable and can be easily hunted down and injured or killed by another shrimp. Many successful breeders also stress the importance of feeding the parent colony daily with a varied, enriched, and healthy diet and how much it increased their success rate.
[CInverts]

From my research, there is no one answer as to how long shrimp carry their eggs before releasing them. Some have their shrimp carry for 10-20 days, while some have individuals who carry for upwards of 2 months. This is all likely influenced by the size of the colony, predators in the tank, and water parameters. But, when the eggs are ready to hatch, you will notice that they turn a more silvery color. At this point, you will need to decide how you will transfer the free swimming larvae to the larval rearing tank. Some prefer to catch the parent shrimp a day or two before they will release their young and move it to the other tank until then. Others will black out the breeding tank, and use a flashlight to attract all of the larvae to one area, and scoop them out gently with a bowl. And finally, some purchase a “larvae snagger /catcher” device online and use it to catch young for them. Make sure you plan your methods before it is too late! Peppermints release their free swimming larvae after lights go out, with most reporting 10 PM to 2 AM being the most common times.

This should be an empty tank in a darker room, with only a heater and airstone. The stone should be gently releasing air into the tank, not violently releasing a tornado of bubbles that explode everywhere and thrash the babies around. A 5 to 15 gallon aquarium is typically a good tank size to use. Airline tubing will also be needed to preform daily, yes daily, water changes. Baby Peppermint shrimp require a lot of food, and it will quickly foul the water and kill everything if you don’t do daily water changes. Airline tubing is recommended so that you can easily maneuver the tank to avoid sucking up any larvae. Water from the parent breeding tank can be used as clean water, which will encourage you to keep up on maintenance in both tanks!

How to Raise the Larvae 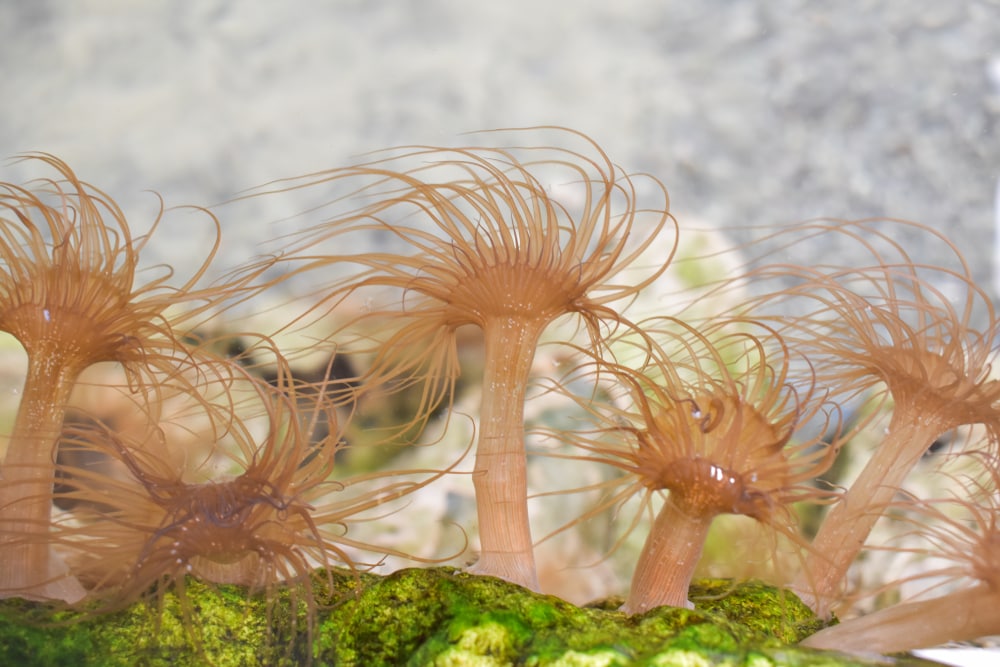 For the first few weeks of life, the larvae will be free swimming, unlike their parents. From day 1, you need to have a supply of brine shrimp eggs available to hatch continuously. I highly recommend having 3-4 different hatching stations. The baby Candy Cane shrimp will need to eat roughly 5 times a day, every 2-3 hours. For the first week, very very young baby brine shrimp is required. Basically, you need to have just-hatched brine ready to dump in 5 times a day. For their second week of life, slightly older brine shrimp may be used. Around 2 weeks old, feed the young small frozen foods (chopped up mysis, adult brine, krill, plankton, and any other meaty cubes you have). You can also now incorporate crushed flakes. Each of these foods should be enriched, baby brine with phytoplankton and other foods with a vitamin soak.

To help you keep track of the progression while breeding peppermint shrimp, here are some major stages they will undergo on their journey to adulthood. First, they will be hatched without eye stalks. Between days 3 and 4, they will grow eye stalks and be roughly 50% larger than they were previously. Around days 6 and 7, they undergo a major morph. Long legs with paddle like ends grow at the front of the body. This is a particularly energy draining transition, and mortality rate typically increases around this time. While a few more stages are seen between this and settlement, they are small and barely noticeable aside from the size increases. Between days 40 and 65, the free-swimming larvae settle and metamorphose into actual shrimp. Now, you will see them walking around the bottom and sides of the glass. A few days after this, their white or clear color takes on the red and pink adult coloration. Now, they are ready to grow a little more and then be transferred to your grow out tank! It is important to remove them now, as younger larval shrimp make tasty snacks for their older siblings. Do not move them into the adult breeding tank, many people report that adults will bully and kill young shrimps. Most people set up a few plastic trays with rocks and airstones to allow shrimp to safely grow before being added to your reef tank, sold to other hobbyists, or traded in at the local fish store.

With Peppermint shrimp being such great clean up crew members, and their appetite for Aiptasia Anemones, it’s easy to understand why this invert is so intensely traded across the globe. Aside from their aggressive tendencies towards each other, there are really no downsides to be said about this shrimp. If you have a couple of spare tanks, breeding peppermint shrimp is definitely a fun, education, and somewhat easy project to work on to further your involvement in this wonderful hobby!
[CInverts]