You are here: Home / Intermediate Education / Relocation and Aquarium Moving / Organizing Your Next Saltwater Aquarium Move

An Aquarium move can be a difficult task to go at alone. In the course of months of operation, the “system” can incorporate more and more components. And, the livestock collection grows. Eventually, what started as a simple fish tank can develop into an intricate mess of plumbing lines and gadgets; what started as a fish and a few frags can become a sizable community of diverse creatures. All that, and a huge pile of rocks.

Indeed, even an average-sized reef tank is a real behemoth, and a delicate one. If moving a large, mature reef system might sound intimidating, it should! Just consider that you necessarily must capture, handle and reacclimate each and every specimen, pretty much all at once. As if dismantling, moving and rebuilding an entire aquarium system isn’t enough work for one day…

Needless to say, a task as big as this (and a time-sensitive one, at that) requires some planning. 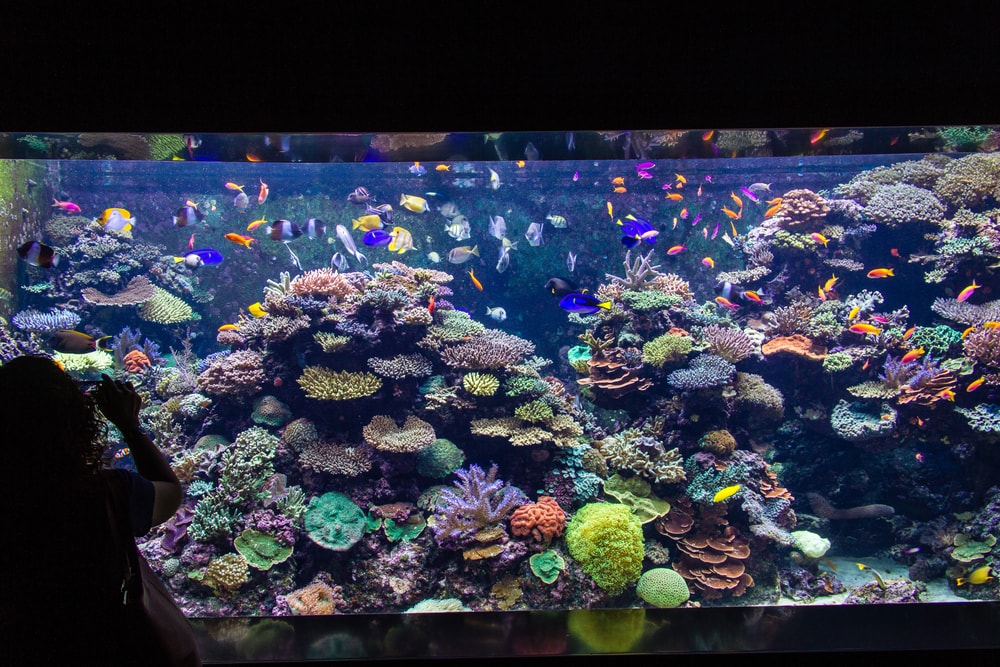 Ready to Move your Aquarium?

Unless you enjoy the luxury of having a suitable place to hold the animals indefinitely, you must move your aquarium and put back into full operation in the shortest amount of time possible. This is why all required materials should be readied before the move is initiated. Such a check list might include:

Put on your work boots, because this normally isn’t the sort of job that you can easily “just finish tomorrow.” The idea is that once livestock has been removed from the system, you must keep a steady work flow until the job is done. You’ll have little time for interruption. As long as the animals are sitting in buckets and bags, their oxygen is waning, the pH is dropping and ammonia is building up!
[generalhelp]

The first thing to do in any Aquarium move (after ensuring that all of the above are available) is to prioritize steps in the break-down/rebuild of the system. Which parts are nonessential for the shorter-term survival of animals? Piece-by-piece, components such as UV sterilizers, media reactors, auto top-off units, etc. can be removed, serviced, cleaned and otherwise readied for reinstallation. Really, this stage can take place days or weeks in advance of the big move. But once you’re down to the sump, pump, biofilter, lighting, etc. (i.e. essential equipment), it is time to focus on the animals.

Even if you’re just moving the tank to another room in the house, you’ll need lots of fish bags and buckets. Each coral, sea anemone and fish certainly should get its own dedicated container for holding and acclimation. You should collect a good amount of transport water from tank now and set it aside; this will be cleaner than the tank water after things get stirred up pulling rock and chasing fish. We suggest removing/packaging livestock in the following order: 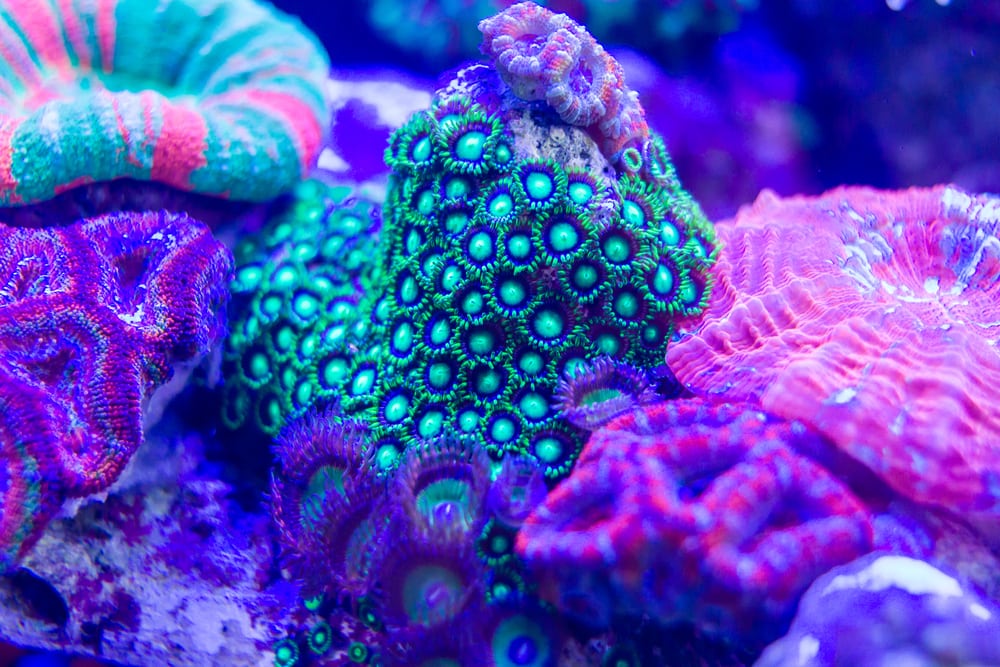 Following the above Aquarium moving plan, the relatively resilient macros and mangroves are packed first and unpacked last (and are thus placed in holding for the greatest amount of time). If macros are packaged loosely so that they do not suffocate, they will be just fine for days. They are best packaged moist, rather than immersed in stagnant water.

The next part, removing corals, is where you really need to pick up the pace. Start with the most difficult-to-remove colonies (the biggest ones, the ones that have firmly attached to the rock, etc.) and work your way down to the frag rack.

Sessile inverts such as tube worms, sponges, etc. can be tackled next. Depending upon the species and individual specimen, the animal might need to be removed from large rocks. Specimens attached to small rocks are best removed along with the rock. Then, mobile inverts can be removed. Start by targeting easy-to-catch creatures like snails and sea urchins; hold off on catching more flighty types like shrimp until more of the rock cover has been removed.

At this point, pretty much everything has been removed from the tank except for the live rock and the animals you can’t easily catch because of the live rock. So, it’s time to pull the hardscape! Plastic tubs work great for holding live rock. Like macros, rock is best stored moist rather than submerged.

Once all of the rock has been removed, it will be easy to catch the fish and mobile inverts. One can make this task a bit easier yet by draining down the tank water. When the last animal is removed (and the sand is combed just to be sure nothing is hiding in it), the remaining water can be emptied and the sand removed.

Again, lots of buckets is good. Live sand can go “bad” fast in a container. Partially filling numerous buckets with sand not only makes handling them a lot easier on the back, but it also reduces the amount of anoxia (and the resulting fouling) that can occur.

The last part of an aquarium move is a bit more simple. Though pretty much in reverse. Move the tank/cabinetry. Replumb the essential components. Place the sand and rock. Fill the rebuilt system with saltwater and fire it up. It’s definitely fine to get the corals and clams in right away, especially in warm weather conditions; just put the other animals in right behind them (i.e. before spending much time on final placement and gluing). In most cases, it’ll be best to save the macros for last.

With all of the livestock properly acclimated and reintroduced, you can finally relax as you turn to the task of reinstalling the nonessential equipment!