It took weeks, maybe months, of planning for this relocation and aquarium move. You spent yet more weeks carefully testing a host of water parameters not just during cycling, but also during the initial stocking period. Over the course of months, then years, you added and upgraded equipment, in each case afforded the time and opportunity to meticulously install the components and monitor them closely before deciding they were “good to go.” And the animals… some were lost along the way, and very few were introduced without some kind of issue, but now all are adjusted, comfy and at home. But the time has come to dismantle, relocate and rebuild the entire system. In a day--hopefully! You’ve put a lot of hard work into your aquarium creation, and now countless of its inhabitants are the subject of your pride and affection. It’s understandable why you’re stressing out right now. Obviously, you won’t be able to reconstruct this system in the manner it was originally constructed. But that doesn’t mean that it cannot be moved with minimal disturbance. All you need in order to make this move a success, and perhaps rebuild the aquarium up to something even better than before, is a good Relocation and aquarium moving plan. Specifically, you need to plan this operation such that the job goes quickly and smoothly. If everything is broken down and rebuilt with a kind of unrushed haste, the animals will soon be back in their familiar home with minimal stress. Aquarists easily understand the importance of the “quickly” part but tend to botch it on “smoothly.” Case in point, they don’t have all the saltwater made up in advance, aren’t stocked up on nitrifying bacteria, are missing important tools and plumbing supplies, and so on. Smoothness won’t just help with the quickness, but even more importantly will help you to avoid making extremely costly and regrettable mistakes. In this section, you will learn how to prepare for and ultimately execute a total system relocation. 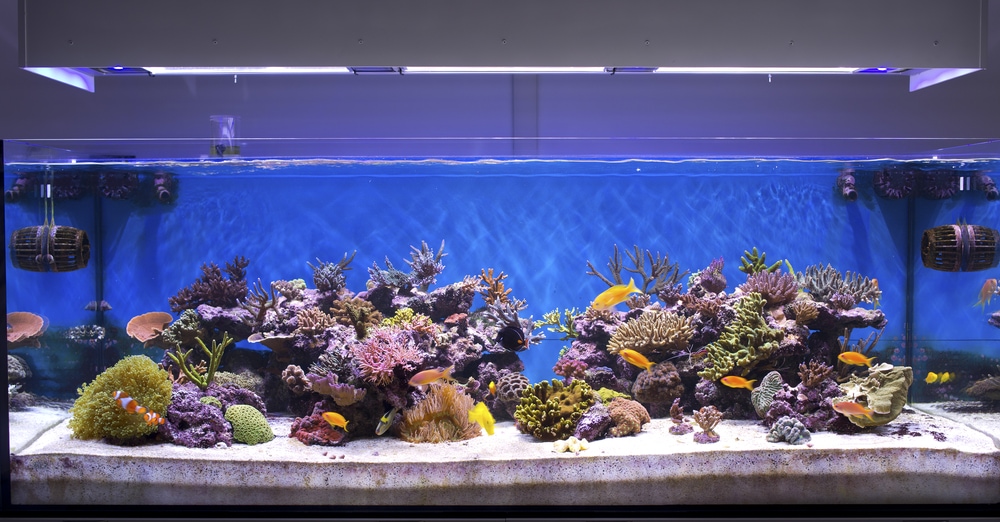 An Aquarium move can be a difficult task to go at alone. In the course of months of operation, the “system” can incorporate more and
END_OF_DOCUMENT_TOKEN_TO_BE_REPLACED