You are here: Home / Captive Bred Fish / Filefish / A Look at the Aiptasia-Eating Filefish (Acreichthys Tomentosus) 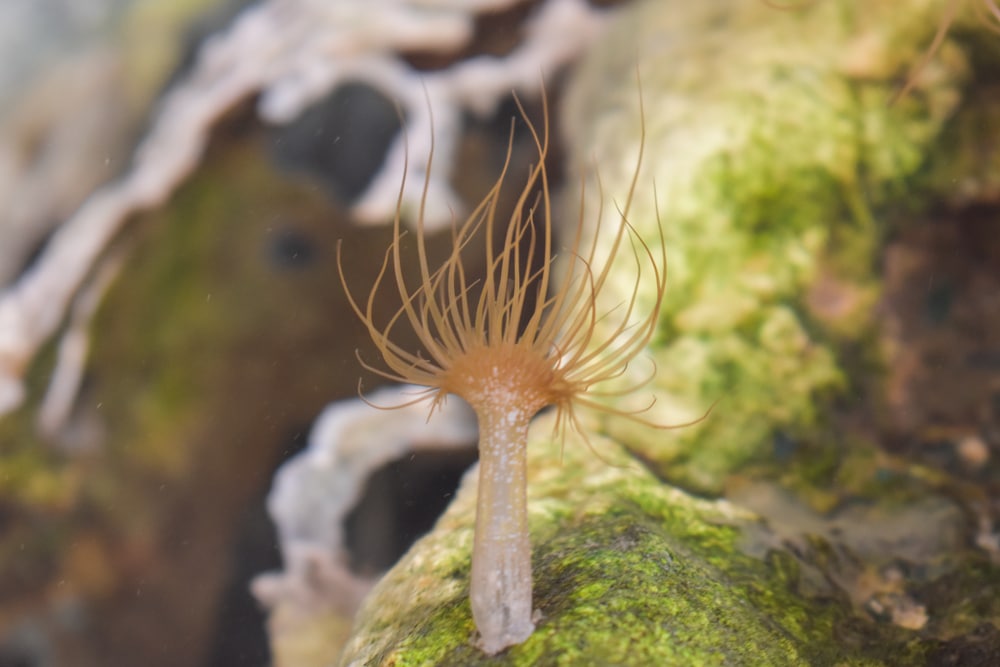 Nuisance algae is such a common irritant to marine aquarists that any mention of the words “aquarium plague” can immediately bring to mind visages of brown films and stringy green stuff.

There are, however, some animal pest species that can quickly reach plague proportions in population size and create a crisis in terms of aggression/predation threats to many small, desirable tankmates. Most (bristle worms, flatworms, hydroids, etc.) are usually introduced into the tank as hitchhikers (that is, they are transferred into the aquarium system attached to live rock, macroalgae, etc.). It is usually when an aquarium is poorly maintained that these opportunistic species can be especially prolific; most often, they can be fairly easily controlled when environmental conditions are brought back into balance. Some other pests, particularly once they have successfully gained a foothold in the tank, are significantly more difficult to control, much less completely eradicate. Most experienced marine aquarists would rate Aiptasia spp. anemones as among the most tenacious—and harmful—of all common aquarium nuisance species.

Thankfully, there are a number of alternatives for controlling the spread of this destructive little sea anemone. These include chemical treatments as well as biological controls. Not only are chemical treatments extremely tedious and time-consuming to employ, they have a limited efficacy since they are typically administered via syringe (meaning that only the largest individuals can be targeted). Moreover, residues from (1) the treatment chemicals and/or (2) bi-products released while the dead anemones decompose can degrade water quality and harm other aquarium creatures. Thus, many aquarists prefer fish that eat Aiptasia for control. Biological control is generally carried out through predation—the control organism actually targets and consumes the pest organism while mostly ignoring desirable species.

The small roster of aiptasia-eating critters includes both fishes and invertebrates. On this short list are certain sea slugs, peppermint shrimps and copperband butterflyfish. Some forego sea slugs for this purpose because they are expensive and (as totally obligate aiptasia-eaters) starve out when the job is done (or worse, just before it is completely done). Peppermint shrimp may not be an option in a tank that houses predatory fish such as many wrasses, hawkfish, lionfish, etc. Many other hobbyists opt to not use the copperband butterflyfish, as it is notoriously delicate in captivity and does not always go after the pest anemones. For those who wish to avoid these issues, and also acquire an interesting and amusing fish, the so-called BIOTA aiptasia-eating filefish (Acreichthys tomentosus) is an excellent choice. Also known by the common names bristletail filefish and matted leatherjacket, it can also be used to control the similarly despised majano anemones. By some reports, it can also be used to reduce populations of bristleworms.

The species occurs throughout the Indo-West Pacific Ocean from East Africa and Fiji to the Ryukyu Islands (Japan) and Australia. More recently, it has been observed near Tonga. Aiptasia-eating filefish prefer shallow waters (2-15 meters depth). While they can be found on coral reefs or reef-associated rubble, they are frequent inhabitants of tropical seagrass meadows. 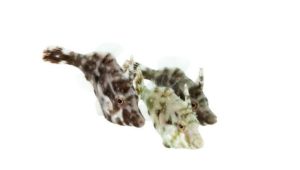 Interestingly, this odd fish seems to be able to change its coloration to adapt to the many different environments that it may occupy. Depending upon its surroundings (and, indeed, mood), its coloration might range from yellow-green or lime green to dark browns. The pattern is mostly made up of numerous patchy blotches. Aside from being very laterally compressed in body shape, it resembles its triggerfish and pufferfish relatives, down to the rough skin. Most individuals in the ornamental fish trade are no more than a couple of inches in length, though the species is known to reach lengths of six inches or more.

Aiptasia eating filefish are mainly solitary by habit. Some quarrels may erupt between conspecifics (i.e. members of the same species), but they are generally peaceful in their interactions with their tankmates. In point of fact, they may be quite timid, particularly after being introduced to a new aquarium. Their highly deliberate, wary behavior can be very fun and fascinating to watch. Their unique personality, combined with their extreme hardiness, makes them an ideal aquarium fish—with or without the beneficial habit of devouring pest species.

But eat aiptasia, they do. Positive reports on the species abound. Curiously, though, they do seem to ignore pest anemones while adjusting to a new tank. Then, apparently after they are comfortable in their new home, they begin to eat aiptasia anemones one after another. It is important to remember, though, that these are not obligate aiptasia-eaters. In fact, they require a fairly varied diet. They usually come to accept most prepared foods. More finicky individuals can be started off on whole frozen items such as mysis shrimp or finely chopped krill or squid. Smaller specimens will prey on whatever live benthic copepods they can catch, and will certainly benefit from having them included in their diet.

While they have a generally good record of being reef-safe, care should be exercised when adding these fish to a reef aquarium. Some are said to have occasionally “nipped” at clams, tube worms, zoanthids, mushroom anemones and various corals (often LPS types). It is hard to say for sure how many of these reports are valid, since Acreichthys tomentosus has been confused with a superficially similar species from the Caribbean and Florida that is much more inclined to prey on desirable aquarium species.

Acreichthys tomentosus has an excellent record as an eater nuisance anemones, in addition to having a reputation for generally being safe around desirable species. It also has a relatively good temperament and usually plays very well with other fish. Provided that it is offered a varied and high-quality diet, it is exceptionally resilient and well-suited to life in captivity. Captive-bred specimens are now available in the trade; these are not only a more sustainable choice, but are also even hardier and more adaptable to the home aquarium. With all of these highly positive attributes, A. tomentosus is sure to become a must-have species for just about any kind of marine aquarium.