You are here: Home / Beginners Education / 4 Pitfalls for the Beginning Reef Aquarist (And Some Experienced Ones, Too)

If you’re reading this, you probably love marinelife. And if you don’t already have an aquarium (or two), you’re itching to fix that problem soon. We get your enthusiasm. Like any hobby, aquarium keeping is a highly enjoyable pastime. But it’s not all fun and games. Successfully maintaining an aquarium, especially a reef tank, requires a tremendous amount of discipline.

Yes, reef aquaria require a whole lot of physical maintenance. But we’re not referring to physical effort here; we’re referring to psychological effort. That is, resisting those common temptations that cause so many hobbyists so much frustration and expense.

To some of the following suggestions, you might say, “Yeah yeah, heard that all before.” Maybe, maybe not. But we’re not here to preach. Having assisted not hundreds, but thousands, of aquarists over decades–not online but face-to-face in LFSs–I can assure you that I’ve personally seen the following pieces of advice ignored time and time again, usually with bad consequences.

Maybe it’s a bit lenient to call these moments of poor judgement “mistakes.” The problem isn’t that good advice isn’t available; it’s that in our quest for instant and ultimate gratification we somehow talk ourselves into taking chances and pushing limits even when we know better. Hence, the purpose of this article is not to reiterate what you’ve already been told (and might have already intuitively understood). Rather, it is to encourage you to become acutely aware of those little voices that goad you onto perilous paths.

There are certain moments when these voices get pretty loud. When really, really wanting to buy that not-so-reef-safe fish for your reef tank, for example. Some kinds of temptation never really go away, even for veteran hobbyists. But here we’ll focus on those that torment beginning hobbyists in particular. Even more specifically, these will relate exclusively to the biggest newbie pitfall of all: Algae problems that arise from improper stocking practices. 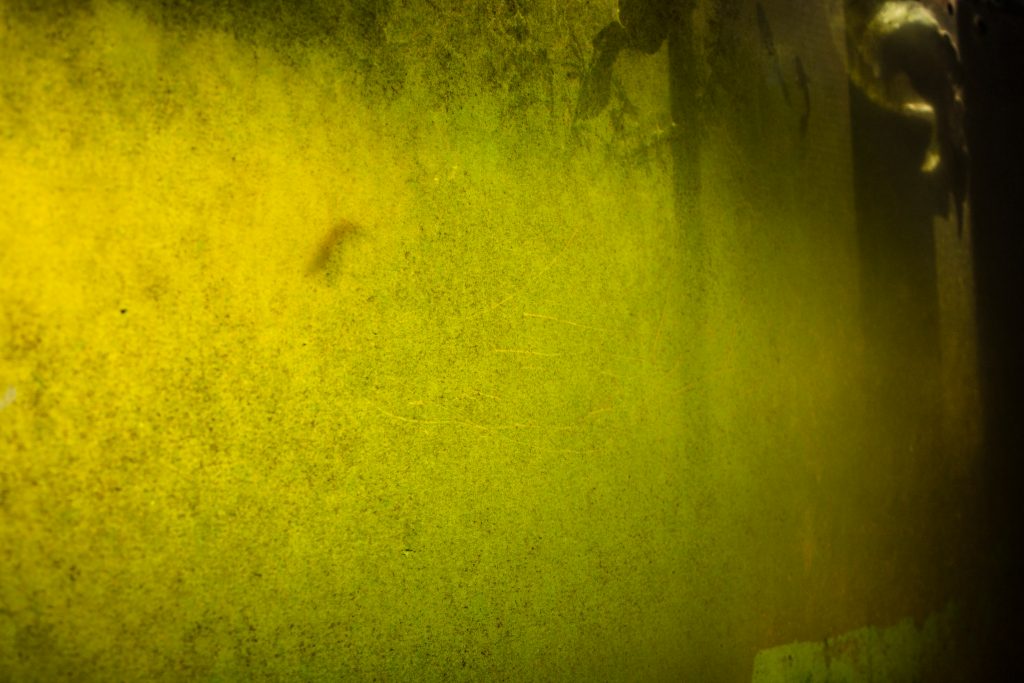 Mistake 1. “Even though I don’t have animals yet, I’m excited about my new tank, so I’ll leave the lights on.”

Nothing shines like our first aquarium. Those first couple weeks of the cycling period can seem like an eternity while waiting for the first day of stocking. Particularly if you just invested in a killer lighting system, it can be really tempting to turn on the lights just to gaze at our new creation and ponder what it’ll look like when we finally add our first critters.

But here’s the thing: Algae are very opportunistic organisms. Some even prefer these “clean slate” conditions as they are adapted to invading freshly disturbed habitats in Nature. Though there might be only a small amount of nutrients available in your clean, fishless, newly set-up tank, you may be surprised by how much algae (especially benthic diatoms) can grow there. And unnecessarily leaving the lights on helps them to do just that.

Since you haven’t begun to stock yet, and hence don’t need the lights on, it’s best to leave them off as to prevent an algal bloom from unnecessarily occurring. Sure, it’s okay to have them on briefly while you’re aquascaping or tinkering with equipment. But don’t conveniently forget to turn them off just because they make such a lovely nightlight!

As soon as the nitrite test results indicate that it is “safe” to do so, many are racing to the aquarium shop to acquire livestock. Almost invariably, their shopping list includes fish. Well, not so fast. Fish need to be fed. A lot. This means that they generate a lot of waste–waste that ultimately contributes to algal growth if not properly recycled. Your barely-conditioned tank is most likely ill prepared to fully recycle wastes yet. You don’t even have a clean-up crew yet to handle nuisance algae, so why would you want to add fuel to the fire?

This is why it’s much preferable to start at the bottom of the food chain and move upward. That means starting with primary producers such as algae (both phytoplankton and macroalgae) as well as primary consumers such as copepods. Phytoplankton and macroalgae both compete with nuisance algae for nutrients. Phyto also serves as a food source for the pods (especially their planktonic larvae), while the macro provides a perfect place for them to live. As the pods multiply, they scour every surface in the tank of bad algae.

The best time to add corals is after the pods have reached noticeably high densities. Be aware that the corals will eat both the pods and the phyto. This is a good thing, of course, because you’ll have very happy corals indeed. But you’ll possibly need to re-boost your pod counts before adding fish (especially if you plan on stocking fish species that depend on pods such as mandarins). After adding corals, be sure that your pod numbers have fully rebounded before adding any fish. ANY fish. Yes, there will be that urge to get just one, ”for some movement,” the inner voice will say. Just remember that it’s incredibly easy to overfeed a lone fish, and this isn’t the time to be feeding, much less overfeeding!

Oh, and that clean-up crew? The best time to build your crew is proactively, just as you are preparing to begin fish stocking. CUCs work better as prevention than as a cure! 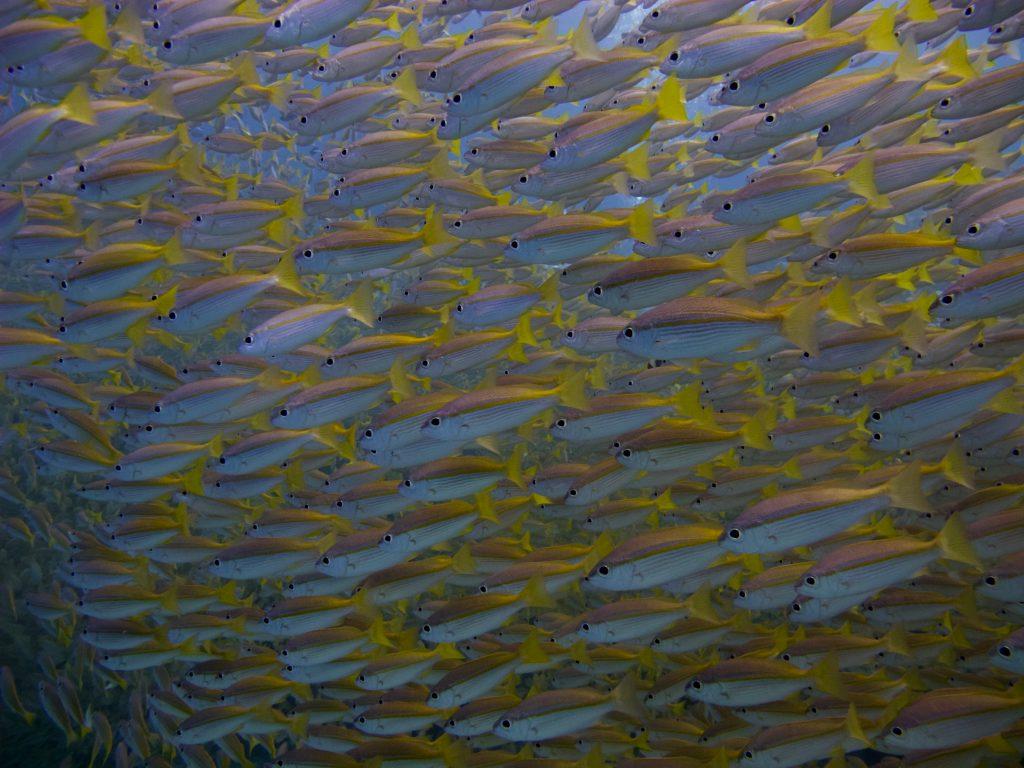 Here we go again. Fish fish fish. Before you wanted them too soon, now you want too many. Maybe you should have set up a FOWLR (fish-only-with-live-rock) tank? Because high fish densities lead to huge accumulations of nutrients, which lead to algal blooms. Especially in a reef tank, where generally much brighter lights are used.

There are over 20,000 species of fish. Many, many of them are super cool. But you have to choose a small number for this tank. And the smaller the number, the better for your corals. This is why it’s a good idea to draw up your total fish species list beforehand, and then stick to it religiously. It’s best to stretch out the fish stocking over a large period of time (starting with the least aggressive species first). If bad algae start to appear, do not add another single fish, even if you eventually fix the algae problem. This might be hard, but remember: You’ll have lots of tanks in the future, with lots of better opportunities to try that super cool species!

No! This one is simple, and pretty common-sense, but we can’t leave it out. Especially when it comes to beginners. Do. Not. Overfeed. Yeah, it’s pretty fun to feed fish. Gives us that feeling like we’re really interacting with our pets, right? But fish need waaaaay less food than they let on. Even if they eat every morsel you put in there, by giving them more than they need, they’ll generate more waste. These wastes are algae food. So remember this: When you’re feeding your fish, you’re really feeding your nuisance algae!

A couple bites a day (literally) is all that most fish need. Highly active herbivores (e.g. tangs) might need a bit more, but the bulk of what they get should be algae-based (ideally live macro from the ‘fuge!).