You are here: Home / Macroalgae / The Advantages of Clean Macroalgae

The Advantages of Clean Macroalgae 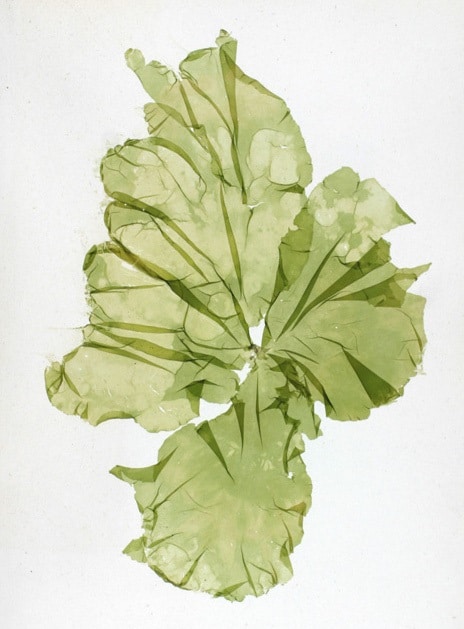 It so often can be a major challenge to grow the aquarium macroalgae species we love; we really don’t need the extra chore of having to suppress the pest species we most hate. As some of us already know too well, aquarium pest control can potentially spiral into a costly and time-consuming nightmare.

This seemingly unending battle could rightly serve as the basis for a classic “prevention is the best cure” scenario. That is, the easiest way to deal with pests is to prevent them from successfully invading in the first place. This is not always so easy, however. Some of these organisms are both tough and sneaky. There are a number of ways in which an undesirable organism may find its way into a home aquarium (e.g. through the addition of live rock). Usually, these unwanted “hitchhikers” tag along (mostly unseen) in shipments of ornamental aquarium livestock.

Can Macroalgae Facilitate the Spread of Pest Species?

Seaweeds are well-suited to harbor a great variety of organisms; some of these hitchhikers are indeed unfavorable in the typical marine aquarium. The most common pests that are dispersed in this manner include flatworms, bristle worms, Aiptasia anemones, certain types of bivalve mollusks, certain tube worms, all sorts of nuisance algae, and so on. Seaweed sometimes even provides a rather pampered environment for some small pest organisms that can nestle within the algal fronds during shipment. Both wild and cultured macroalgae are capable of harboring/transferring aquarium pests in this manner.

So, Should Macroalgae be Avoided?

A refugium without macroalgae is (at least to many of us) like a reef tank without live rock. One need not, out of fear of invasive species, shy away altogether from adding macroalgae to any properly illuminated refugium. The benefits of seaweeds (whether used in scrubbers, reactors or “planted” refugia) are just too numerous:

• Macroalgae provide a prime microhabitat for a host of beneficial small animals (e.g. copepods) and microorganisms.
• Fast-growing varieties can take up substantial amounts of excess dissolved nutrients such as nitrate and phosphate from the main system waters (thereby competing with, and limiting the growth of, most forms of nuisance algae).
• In the case of certain species (e.g. Gracilaria spp.), portions of the standing crop may be periodically harvested and used as a fresh, natural, nutritious food for herbivorous aquarium fishes, crabs, snails, sea urchins, etc.
• Macroalgae can be as interesting and rewarding to keep as any aquarium species.
• Macroalgae are quite beautiful and add a nice splash of exotic form, color and texture to any reef system (whether in the main tank or in the refugium).

The risk of introducing a pest species to an aquarium system via macroalgae can be greatly reduced—even minimized—by using a product that has been “cleaned” and quarantined for some time before sale/shipment.
Of course, even though good dealers will go to great lengths to treat, quarantine and manually remove any unwanted organisms from their macroalgae, one can never really guarantee that the product is 100% “pure”. This is due to the fact that viable fragments, spores, eggs, etc. can slip through even the strictest quarantine procedures. It is thus recommended that any new seaweeds are properly inspected/quarantined before addition to the main system.
That being said, cleaned macroalgae are the hobbyist’s safest option in terms of overall biosecurity. An excellent choice of refugium seaweed—in this regard as well as others—is either of the two types presently offered as part of AlgaeBarn’s impressive CleanMacro™ Series. These offer especially important alternatives for home aquarists, since both species—spaghetti algae (Chaetomorpha linum) and sea lettuce (Ulva lactuca)—are otherwise known to be common carriers of pests.
AlgaeBarn’s proprietary handling procedure ensures that all CleanMacro™ Series seaweeds have been (1) meticulously cleaned, (2) safely treated and (3) thoroughly quarantined before finally being released for sale.

Spaghetti algae (oftentimes referred to as “chaeto”) eventually grows to form big chunks and mats. The tangled masses it forms can spread over the substrate. These growths make excellent biogenic microhabitats for small, beneficial aquarium creatures such as copepods and amphipods. Small animals can easily hide in, feed in and reproduce within the sheltered microenvironment of the algal mass. Over time, entire biological communities can develop in larger and older Chaetomorpha beds, with different organisms occupying the upper and lower parts of the mass.

Large masses of Chaetomorpha maintain their shape well even when kept in areas of high flow; therefore, this hardy green algae is commonly used in reactors, where the plant can be kept in bulk with minimal compression. Provided with adequate light and water flow, Chaetomorpha can grow fairly quickly, perpetually consuming nitrates and phosphates for easy nutrient export.

Some aquarists might want to add a small mat of Chaetomorpha to a display tank for ornamental purposes. It is usually ignored by herbivores and thus cannot easily be overgrazed, yet it is not particularly invasive in reef aquaria and thus presents very little threat of overgrowth.

Sea lettuce most frequently takes on a benthic pattern of growth; however, it can also grow quite well when tumbled gently in a kreisel-type tank.

Ulva is considered to be an extremely nutritious food. Highly palatable and nutritious, sea lettuce is generally accepted by most herbivorous fishes and invertebrates.

There are a whole lot of reasons to love seaweeds. They promote big populations of desirable little critters including pods. As they grow, they suppress the growth of “bad” algae. They are very much enjoyed as a tasty treat by numerous kinds of herbivorous aquarium animals. Furthermore, they are attractive and enjoyable to cultivate.

Any newly acquired macroalgae can however harbor unwanted drifters. The best way to control these pests is to keep them from finding their way into the tank. This is most easily accomplished by using only top-quality, clean products such as CleanMacro™ Series seaweeds!

To Tumble or Not to Tumble?

If you decided to use a refugium for filtration of the reef tank than you most likely know how you want to stock it. But, if you’re still in the planning

Read More about To Tumble or Not to Tumble?

Is Sea Lettuce a Good Macroalgae for the Refugium?

If you are looking for a way to control nutrient levels in the reef tank, macroalgae is a great way to do it! You may have heard about one of the fastest

Read More about Is Sea Lettuce a Good Macroalgae for the Refugium?