You are here: Home / Macroalgae / A Look at the Pom Pom Macroalgae 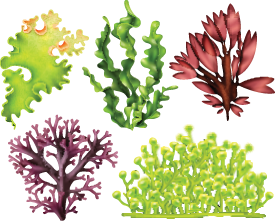 Of all the genera of macroalgae regularly used in planted refugia, Gracilaria quite arguably has the most representatives. While there are a few very soft and feathery varieties (most of which belong to the “ogos”), there are some Gracilaria spp. that are rather stiff and leafy. Perhaps the most popular of these fat-fronded varieties is the native Caribbean pom pom macro (Gracilaria hayi).

Though it is hardly ever talked about (are that many people still trying to keep this macro a secret?), pom pom has fast become one of the most popular macroalgae species in the hobby. Unusual among aquarium seaweeds, it is used frequently in both the main tank and the refugium. We shall discus both of these uses for this macro here.

A healthy, lush growth of seaweed can be quite beautiful, and pop pom algae is certainly a great example of that. Sometimes marketed as burning bush algae, it is thick, globular in overall shape and bright red. The fronds themselves are highly irregular in shape, branching in a manner that somewhat resembles flames on… well, a burning bush. Its stipe is robust and fairly rigid. The holdfast is capable of clinging very strongly to a rocky substrate, though this species is also happy to live rolling along the seafloor freely like a tumbleweed.

This, for sure, all makes it suitable as an ornamental macroalgae. Owing to its attractive shape and color, it strongly contrasts with and stands apart from corals. It also adds a whole lot of ecological stability, habitat diversity and natural beauty to a rubble zone biotope or FOWLR set-up.

While not as heavily calcified as, say, Halimeda algae, pom pom is nevertheless pretty sturdy. This makes it a bit unpalatable to all but the most voracious of herbivores. Would an urchin eat it? Almost surely. How about a rabbitfish or large angelfish? Perhaps if quite hungry. A blenny? Probably not. For the most part, due to its tough-to-chew foliage, it is ignored by herbivores, especially if there is something softer around. For this reason, it can even be kept in community species reef tanks.

Pom Pom Macroalgae (Gracilaria hayi) is an excellent candidate for the planted refugium. While it is sometimes used to “color up” an otherwise visually uninteresting Chaetomorpha– or Ulva-dominated refugium, it is suitable as a primary macro in terms of nutrient management (i.e. nitrate and phosphate removal).

This species likes stronger water flow. And (due to its simultaneously rigid and rubbery structure) it can certainly withstand powerful currents. Its shape and stiffness prevent bunching or compaction against drains. While it will eventually attach to a hard substrate if available, this algae works just fine as a floating mass. It also works as a tumbling mass (especially in a kreisle style tank).

G. hayi is a subtidal macro that grows at a somewhat slower pace than intertidal species such as Ulva. It also takes up nutrients at a more moderate rate. However, it also grows under moderately intense light. While some macros can be pretty fussy about lighting, this stuff does well under anything that would grow corals like Xenia or green star polyps.

The modest growth rates of pom pom mean that it is great in established and well-maintained systems where nutrient levels are pretty low and usually under good control. It won’t crash or go through boom-and-bust phases if subjected to occasional low nutrient availability. And, you won’t have harvest it every weekend! Pretty cool, right? In other words, if you don’t need to tackle extremely high nitrate and/or phosphate levels, you can get by with this slower-growing, lower-maintenance macro that doesn’t require crazy bright (and relatively expensive) lighting like the faster-growing types do.

Oh, and it’s super hardy plus easy on the eyes! 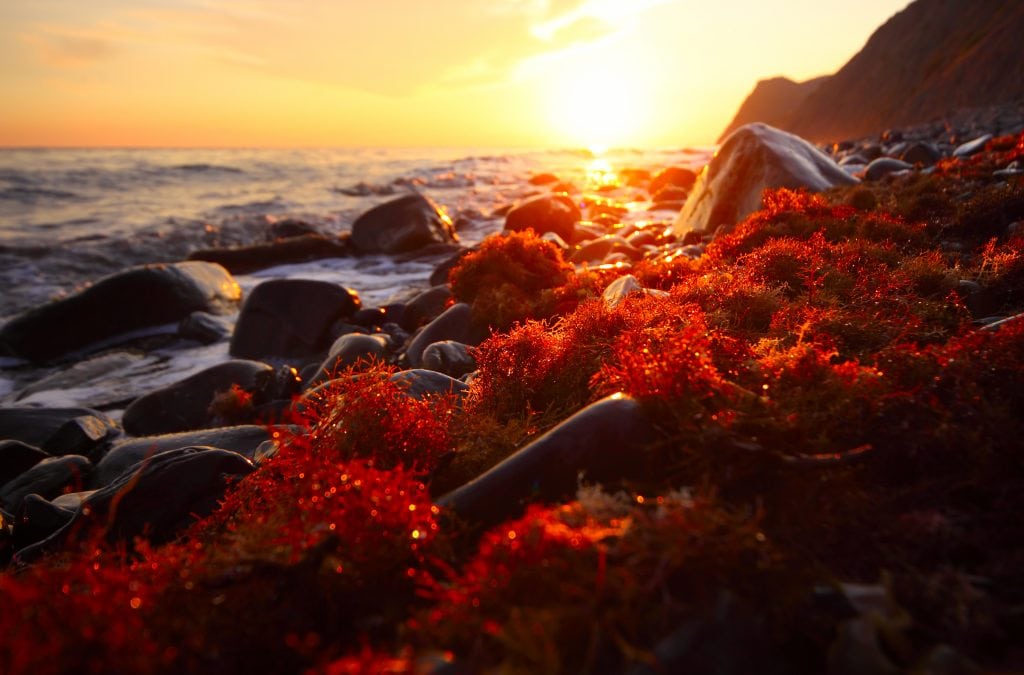 These days, when building a planted refugium, aquarists place a strong emphasis on nutrient reduction and a minor one on pod production. That’s unfortunate, because large pod populations can create huge benefits ranging from detritus control to being a highly nutritious source of live food for corals, mandarins, etc. Fortunately, pom pom is a great choice of macro for this purpose.

Due to its bushiness (with lots of open inner space), its rigidity (which helps it to resist compaction) and its broad leaf shape (which provides lots of habitable living space), pom pom creates excellent biogenic habitat for benthic pods of all kinds. Indeed, because it is so easy to pull individual “sections” of pom pom from the refugium, and pods are so attracted to it, some hobbyists have reported getting into the habit of taking pieces out and shaking attached pods into the main tank for an quick burst of zooplankton.

Though it strangely is seldom mentioned by name, pom pom macroalgae (Gracilaria hayi) is a truly great aquarium seaweed. While it is not necessarily the best macro to grow as a live food for herbivores, it can easy be grown alongside its softer, more palatable relatives (e.g. red ogo). Whether in the main tank or in the ‘fuge, this macro is unusually attractive and easy to grow, even under moderate lighting. Throw in its high suitability as a pod shelter and you’re talking about a seriously useful species!