Hobbyists, vendors, captive bred fish breeders and, of course, the fishes are all cheering on this year’s developments in saltwater aquarium fish aquaculture. We really can say that the last five or six have been extraordinary; it’s been a nice, long winning streak where we saw more new families of fish commercially cultured than we used to see new species. It may even–at a time where corals reign supreme–be the dawn of a golden age for captive bred fish. 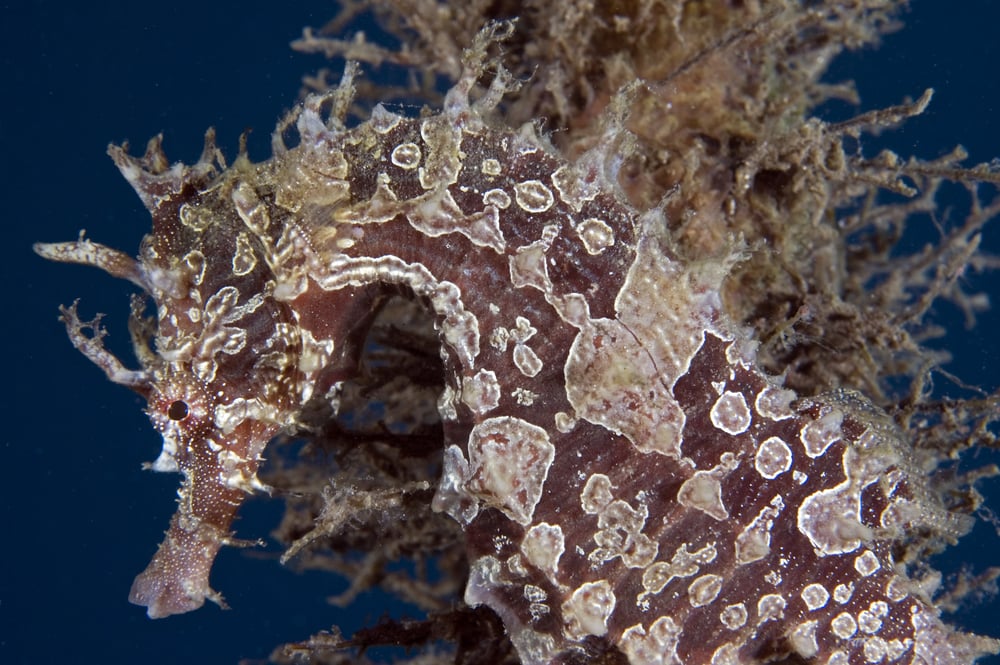 Now, we stress dawn. It’s way too early for proponents of sustainable marine aquaculture to pat themselves on the back at a time when only roughly 10% of animals in the marine side of the trade are bred and reared in captivity. Consumers are demanding more captive-bred options; and, there is no number of novel clownfish cultivars with novel names that will satisfy them. What the marine aquarium hobby has really needed are some really big advancements in the culture of some big species in the trade. Without a few more commercially important species in continuous production, it would be really difficult to boost those percentages much.

This year (quite recently, in fact) we got some of that with the recent releases of captive bred stock from three important ornamental marine fish families. Specifically, hobbyists can now opt for “captive bred” when buying yellow tangs (Zebrasoma flavescens), coral beauty angelfish (Centropyge bispinosus) and lined seahorses (Hippocampus erectus).

We know, these have all been (sort of) available before (especially H. erectus). Still, where some of these past offerings have been chance, get-one-while-you-can affairs, it seems that there will very soon be a consistent production and widespread distribution of these longtime favorites.

The case of the lined seahorse is a bit different; what we find promising here is the increasing willingness of home aquarists to invest considerable time and resources into maintaining rather specialized species tanks. What is particularly cool about this is that it appears to have come about as a direct result of a dramatically improved quality/availability of captive bred seahorses.

But did the improved production follow some buzz in the seahorse breeding community of an impending surge of interest in syngnathids? Do fish farmers really ever create the demand? To us, it mostly seems to be a cycle of positive feedback. We undoubtedly would not see the recent successes in so many aquaculture facilities if it were not for the growing support of their customers–the shops you support!

As many of you may already know, all livestock available at AlgaeBarn is captive bred. We proudly join hobbyists in their effort to promote aquaculture by offering quality live products from the very best breeders in the world. Indeed, we now carry all three of the above-mentioned species and would love to celebrate the breakthrough of their mass culture by sharing some information about each of them here.

Talk about a hobby staple! Given the huge market value of the species (as well as some of the controversies that have always centered around its wild fishery), tang farming has always been in sight of fish culturists for a long time. But it wasn’t easy. Even determined researchers at the Oceanic Institute (Hawaii) struggled with them for years. 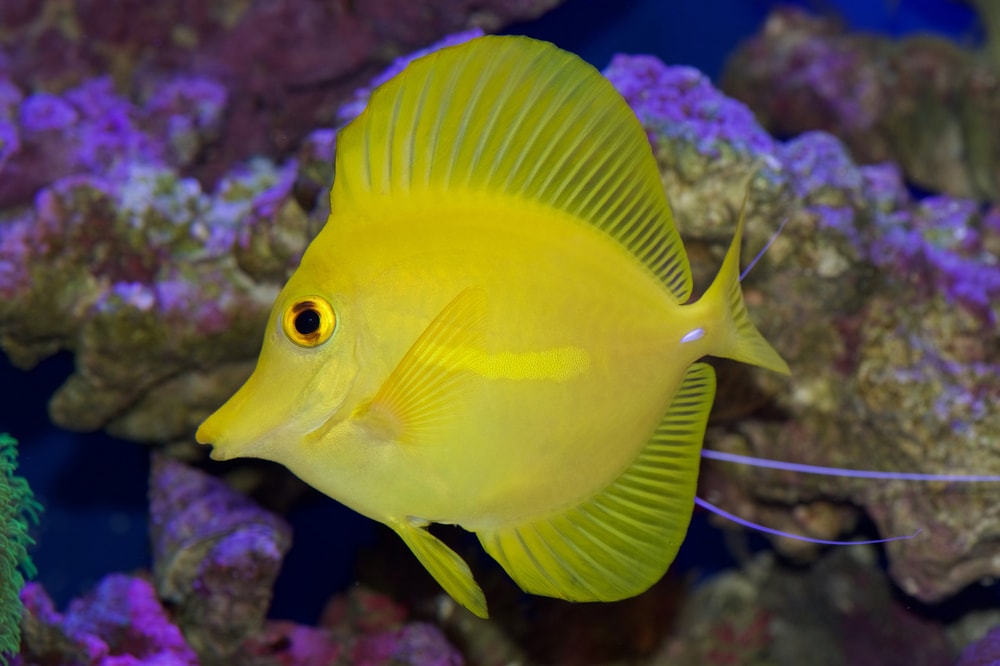 Some might argue that the yellow tang fisheries were already well managed and quite sustainable. That certainly may be the case, and we certainly hope that it is! But, here as in nearly every case, captive breeding will make all the difference in the quality of the animal as a “pet.” These benefits extend to the aquarist as well as the livestock. Why? It’s simple. Captive bred animals are easier to keep.

For aquacultured  yellow tangs, these benefits are three-fold:

This also is huge. This species just too pretty to lose its widespread appeal among reef aquarium hobbyists. Without a doubt, the commercial-scale production of this spectacular fish will have a significant impact on the trade. This is not only because coral beauties (like yellow tangs) claim a big chunk of market value, but also because breeding techniques developed here can be applied to culture other, popular, members of the family. Yeah, really huge now, because Centropyge spp. includes other highly desirable fishes such as lemonpeel angels, flame angels, bicolor angels…

One more interesting thing here. As gorgeous as so many of them are, reef fishes tend to exhibit very little variation in color/pattern amongst their kind. Coral beauties are a notable exception to this, with a few distinctive geographic color variants. Some mostly show off the purples and some mostly show off the oranges, but are all striking. What this means is that different breeders can focus on specific colors, giving consumers yet more choice! And, because these are all wild morphs, they are still attractive to aquarists who wish to have choices and maintain a natural appearance to their display.

Wild seahorses were one of the first easy-to-get ornamental saltwater fish. Almost unbelievably, at one time, kids could buy them via mail order (often H. erectus) for their fish bowls. Needless to say, this rarely if ever ended well for the fish. Easy to get doesn’t at all equate with easy to keep. It’s bad enough that the average aquarium system of the day was not so great and seahorse husbandry was not so well understood. But the condition of these wild caught specimens was really bad. There often is an especially big difference cultured and wild-caught seahorses:

Who could have imagined just ten years ago that we’d come so far so fast? And while AlgaeBarn applauds the pioneering aquaculturists that introduce new captive bred fish species to the hobby each year, we’d like to share a toast with everyone that participates in the trade, including the supportive hobbyists themselves without whom it could never be possible.