You are here: Home / Refugium Education / Cryptic Zones in the Refugium 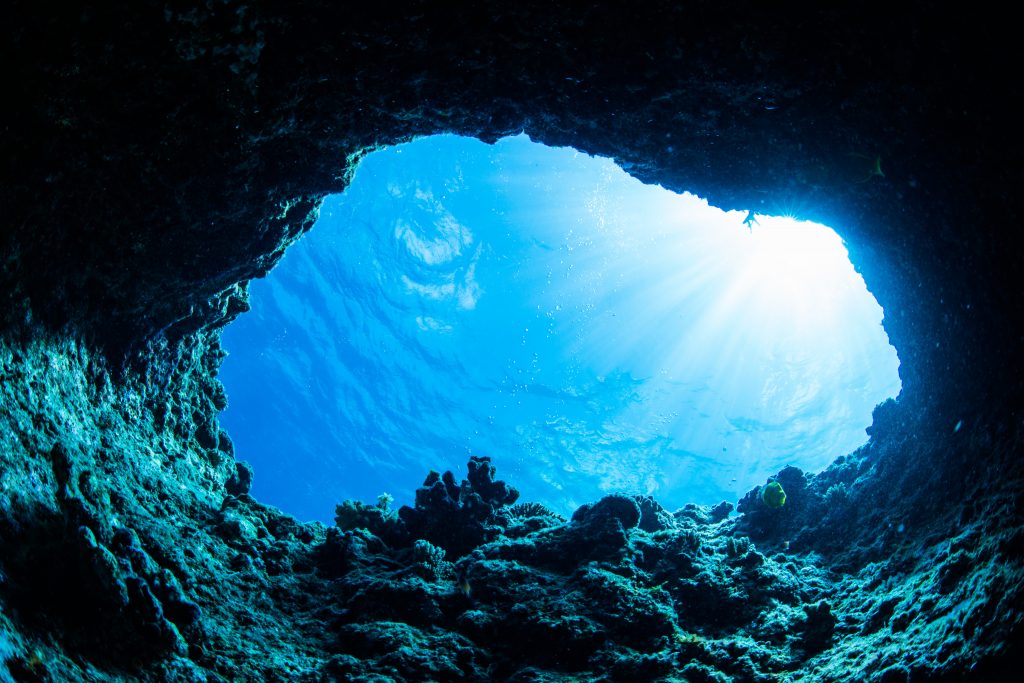 What are Cryptic Zones, Anyway?

The planted refugium and its associated cryptic zones have gained a lot of traction among reef aquarists in recent years. This has largely been the result of a growing awareness of the need to control excess dissolved nutrients (e.g. nitrate and phosphate). As hobbyists experiment with specifics like macroalgae species selection, lighting regimes, etc., we continue to fine-tune refugium methodology, particularly with respect to nutrient management.

But what about waste materials such as particulate organic matter? Surely, you can remove plenty if you add lots of mechanical filter media and service them constantly. And sure, harpacticoid copepods (which thrive in planted refugia) do eat much of these wastes. But could water polishing/detritus elimination be much easier and overall most effective by adding a second, distinctly different, element to our refugium systems? Perhaps yes, by adding a cryptic zone.

The concept of cryptic zones in aquaria is not very new; it was, in fact, pretty well thought out and described about 15 years ago (most notably by Steve Tyree). But have they since been thoroughly tested and extensively developed? To date, not so much. However, with all the present-day advancements in refugium technology, and our higher standards for reef aquarium water quality, cryptic zones arguably are worthy of much reexamination.

So, in the context of a reef tank, what exactly is a cryptic zone? In short, it’s basically a dark, quiet area under rocks or within rocky caves/crevasses. These particular types of microhabitat are somewhat underrepresented in our reef models. And this imbalance is of considerable ecological consequence, particularly when it comes to nutrient cycling.

Water movement (wave action, tidal currents, etc.) is typically quite strong in coral reef environments. This tends to keep particulate matter suspended in the water column. However, particulates may settle out in areas of lesser flow (i.e. within deeper recesses in the reef structure). These pockets are usually heavily shaded and so lack the fast-growing photosynthetic organisms that thrive on the “outside.” This creates a niche for less competitive, nonphotosynthetic (NPS) invertebrates. This group, by and large, is made up of filter-feeders such as NPS corals, feather worms, bivalve mollusks, sponges, etc. It also includes reclusive deposit-feeders (i.e. detritivores) such as bristle worms, brittle starfish, amphipods, etc.

Tyree breaks up lateral reef microhabitats into several distinct zones. “Traditionally, scientists use three main physical parameters–light, water current and the type and amount of particulate matter suspended in the water column when describing the environmental conditions of the various natural tropical reef zones they have identified.”

Reef ecologists often speak of Exposed Zones, Semi-Exposed Zones, and Twilight Zones. The Exposed Zone refers to shallow-water environments that receive strong sunlight (close to 100% full intensity). Typical water velocities in this zone are high (up to 150 cm/second). While these currents are certainly strong enough to keep particulates in suspension, they are often too strong to allow for efficient filter-feeding.

In the Semi-exposed Zone, however, light levels are much lower (5-10% full intensity) and water currents are weaker (1-10 cm/second). In this Goldilocks zone, where most particulates remain suspended in the water column, passive filter-feeding organisms (feather worms, NPS corals, etc.) can efficiently feed but are not outcompeted for space by photosynthetic organisms.

Tyree names three sub-zones to describe the microhabitats beneath the Exposed Zone. The first, the Semi-Cryptic Zone, is situated in deep pits or beneath large overhangs. Few photosynthetic organisms are adapted to survive in these shaded areas. Here, light levels are 1-5% full intensity and water currents run around 0.1-1 cm/second. Only small particulates remain in suspension here due to the weaker currents. This zone may be home to both passive and active suspension feeders.

The second, the Cryptic Zone, refers to the darkest recesses of heavily sheltered caves/crevasses where photosynthetic organisms cannot survive. Light levels here are less than 1% full intensity and currents are under than 0.1 cm/second. As only very small particles remain suspended in these weak currents, this zone is dominated by active suspension feeders (sponges, bivalves, etc.) that can pump the “dead” water.

The third, the Filter Feeder Zone, lies somewhere between the Semi-Cryptic and Semi-Exposed Zones. Here, water currents are steady enough and just strong enough to keep larger particulates perpetually suspended. Light intensity is of less consequence in this zone and might be anywhere between 1% and 10% full intensity. Water velocity might also vary widely (anywhere from 1 to 10 cm/second). As these conditions generally support large amounts of suspended matter, passive filter-feeders dominate here. 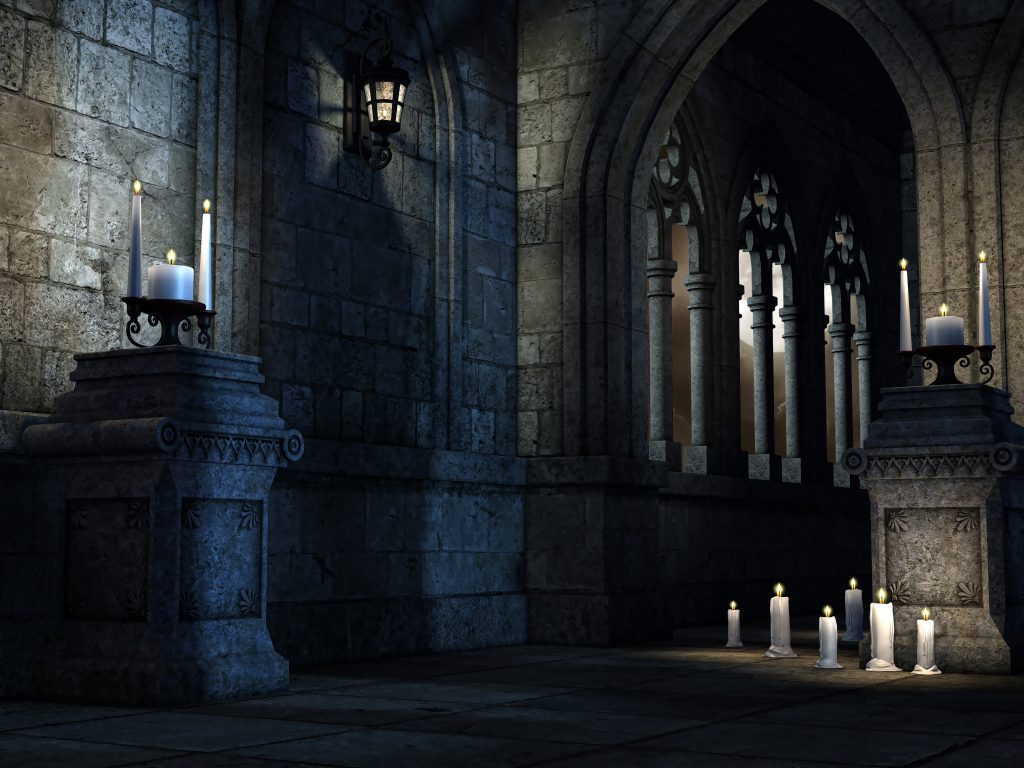 In practice, we may think of the outer surfaces of the reef rock in our aquaria (where lighting presumably is intense and currents are strong) as an Exposed Zone. Given the relatively small size of our artificial reef structures, Semi-Exposed/Semi-Cryptic Zones are scant. True Twilight Zones are almost nonexistent.

Remedying this can require as little work as ensuring that large, shaded recesses are incorporated into the hardscape. In addition to building large caves and overhangs, such may be accomplished by leaving a spacious hollow in the middle of the rock structure. These areas attract various small sponges, foraminiferans, small tube worms, etc. The keeper also can stock these spots with NPS corals, oysters, larger tube worms, etc.

No one wants a lot of detritus in the main (e.g. display) tank. In truth, little to none should be allowed to settle there (particularly when recreating a fully exposed, SPS-dominated habitat). Instead, particulates should be encouraged to settle out in the refugium. And here’s where the really cryptic part comes in.

In its simplest form, a refugium Cryptic Zone basically consists of a big pile of rubble rock, either in some compartment within the refugium (packed between a pair or baffles) or in a totally separate and dedicated “cryptic refugium.” Here, the tight labyrinth of spaces between the rocks slows water flow and allows most particulates to fall out of suspension. Water flow should be limited, though the space should not be allowed to go stagnant. Lighting is unnecessary (undesirable, even) in this area.

The take-home? System water is clearer where filter-feeders are abundant; bottoms are cleaner where there are more detritivores. The growth/reproduction of these organisms may be promoted by providing/increasing suitable microhabitat. Together, filter-feeders and detritivores act as natural mechanical filters. This reduces the need to install mechanical media such as filter socks, which reduce copepod productivity. More copepods not only means even more detritus reduction but a reduction in nuisance algae as well.