You are here: Home / Copepods / At the Top of the Bottom: Harpacticoid Copepods and Aquarium Substrates

There are quite a few options out there for marine aquarium substrate. From rubble to mud, aquarists have tried all of them. Many have even experimented with bare bottoms. It seems that the benefits of each substrate type comes with an equivalent number of disadvantages. For example, coarse types like crushed coral gravel resist being moved and redeposited by strong water currents, but tend to trap detritus. Finer types like oolitic sand do not trap detritus as readily, but make vacuuming the tank bottom much more difficult. Bare bottoms trap very little detritus, but sacrifice precious surface area where bacterial nitrification and denitrification processes can take place. While an aquarist can give or take a particular substrate based on its appearance or performance in the aquarium system, many aquarium animals will be much choosier of—even dependent upon—substrates of a specific grain size, composition and organic content. Such is especially the case for those creatures that live on or in the sea floor. One notable exception to this can be found in the harpacticoid copepods. 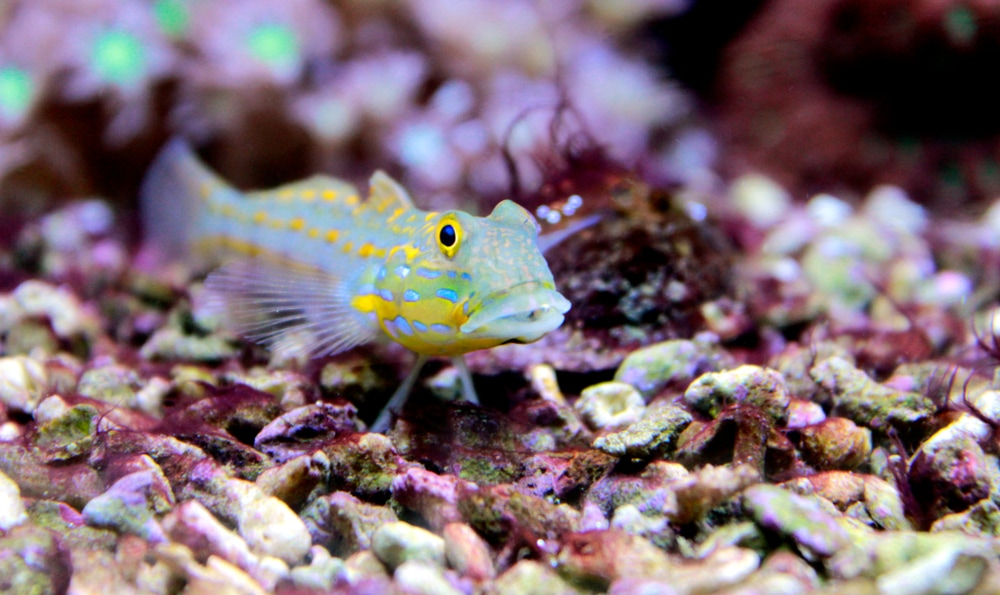 Unlike their cyclopoid and calanoid brethren, which spend most of their lifecycle suspended in the water column, the harpacticoids live out the majority of their lives on the bottom (see A Primer on the Different Characteristics and Uses of the Major Copepod Groups). Their legs are adapted to walk over these surfaces; their mouth parts are adapted to draw food from them. Harpacticoid copepods are characteristically substrate browsers. They obtain food from the sediment in a number of ways. They can point-feed, literally picking up and ingesting food particles where they find them. They can sweep food into their mouths. They can edge-scrape, wiping food from hard surfaces. They can solid-feed, crushing larger food particles in their mouths. They can also sphere-feed, picking up a hard nonfood item (e.g. a single grain of sand) and clean it as they rotate it in their mouth.

Individual grains of sediment are usually coated with a biofilm that consists of microbes as well as organic substances that are associated with those microbes. These films grow particularly well at the substrate surface, where critical resources such as light, oxygen or nutrients are generally most abundant. Where conditions are ideal, thin films may grow into thick mats. Microbial mats can quickly form over recently disturbed substrates, lasting for weeks or months and reaching several meters in diameter. These mats can be made up of both non-photosynthetic bacteria and photosynthetic bacteria and microalgae. This complex community of microbial cells resides within the matrix of secreted extracellular polymeric substances (EPS). The coating of EPS matrix on individual grains of sediment and over the surface of the seabed protects these microbes from UV radiation, rapid shifts of salinity, etc. But it also serves to trap them in a sort of gravy that makes it far easier for the pod to harvest and ingest them.

Harpacticoida is a large group that includes a diversity of distinct forms and habits. Each of these many species likely has its own preferred type of substrate. What is notable about the harpacticoids, however, is their high degree of adaptability. This is in stark contrast to other microcrustaceans, such as certain amphipods, which indeed can be highly sensitive to factors such as substrate grain size. Studies of the harpacticoid copepod Tisbe biminiensis demonstrate this adaptability well. In the laboratory, the species has been shown to have a very low sensitivity to grain size. Survival and fecundity of the species does not appear to be affected significantly by grain size or organic content, whether grown with mud, with sand or in a sediment-free medium. Of course, they do have certain preferences. But it is only pure silt (a material that is unlikely to be found as a substrate in either natural or aquarium environments) that has been found to seriously hinder harpacticoid grazing. Even those copepod species that seem to have a minor preference for larger grain sizes can be quite abundant on finer substrates that have rich food sources (e.g. thick deposits of particulate organic matter and/or high densities of microbial cells); this suggests that food abundance, rather than grazing efficiency, dictates where they will concentrate.

This should be reassuring to aquarists who wish to keep harpacticoids such as Tisbe biminiensis in their reef aquaria for the purpose of clean-up (see A Closer Look at the Harpacticoid Copepod Tisbe biminiensis). An unusually productive species, Tisbe biminiensis quickly proliferates in the aquarium as it grazes on any food source it can sink its little mouth parts into—without harming sensitive aquarium inhabitants such as corals. By most reports, it does not take very long before a noticeable reduction of detritus build-up and benthic algal growth can occur. Really, no matter what kind of rubbish or biofilm is accumulating in one’s tank (heavy bacterial growths, fish feces, slime coated sea cucumber pellets, uneaten foods, etc.), these hungry little microcrustaceans are on it.

Yes, they will be abundant in the aquarium bottom substrate, no matter what kind it is. But they will also be just about everywhere else: live rock, the skeletons of live corals, macroalgae, pipes and tubing, pumps, probes, even the tank panels. As rather tiny creatures, these little pods can dig into tight spots that other, larger scavengers such as snails and crabs cannot. By clearing the tank of these otherwise unreachable reserves, they compete directly and intensely with much more unwelcome detritivorous sediment-dwelling organisms such as bristle worms. Harpacticoid 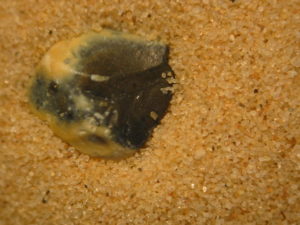 copepods such as Tisbe biminiensis also help to control dinoflagellates, which (on account of their toxicity or unpalatability) may not always be accepted by other clean-up crew members (see Eliminating Nuisance Dinoflagellates with OceanMagik Live Phytoplankton). The beauty in all of this is that any offending material that the pod eats is just invested in more pods. Because they are readily consumed by a very wide range of aquarium animals, copepods serve as an important natural means of nutrient recycling. Sure beats messy, laborious algae-scraping and gravel vacuuming, doesn’t it?