You are here: Home / Rock and Substrate / A Closer Look at Aquarium Substrates

We aquarists don’t talk much about sand. Quite frankly, it’s just not all that exciting–on the surface, anyway. But we don’t have to dig very deep to find that aquarium sand (or rather the stuff that lives within it) is not only quite interesting, but it also carries considerable importance for the health of our aquaria. Specifically, the physical, chemical and biological character of the sand bed strongly and broadly influences the ecological state of the system.

Yet, as we plan each new tank build, we spend too little time contemplating choices of substrate composition, particle grade, bed depth, etc. Perhaps worse, we find ourselves pondering such things as “Where can I get the stuff that has the pretty pink flecks in it?” That is, if we put any thought into it at all.

The following discussion looks at some of the different attributes of aquarium sands and describes how they variously impact the health of a captive marine environment. 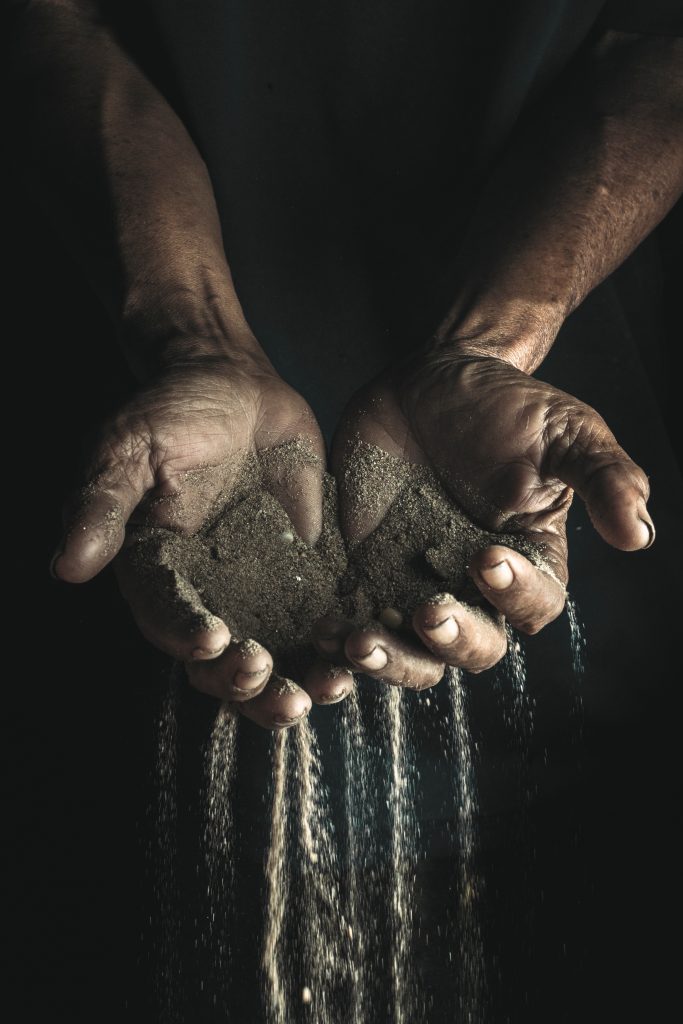 First of all, let’s address some potentially confusing terminology. Aquarists tend to describe a “substrate” only as the loose, gravely material that covers the tank floor, while speaking of rock as something else. Correctly, the word “substrate” is applied to anything that something else can attach to or crawl over. Simple as that.

To acknowledge the very patent physical differences between rock and sand, we refer to substrates as being either hard or soft. Hard substrates are basically just a solid surface–an impenetrable 2-D plane. Soft substrates, on the other hand, are oriented in 3-D and usually are highly penetrable (not just to animals, but to oxygen, nutrients and to some extent even light).

Finally, when aquarists speak of sand, they really might mean different things. Some of these things most definitely are not correctly classified as sand, but rather as gravel, hash, silt, or whatever, depending upon the specific particle size.

When speaking of all substrates in general terms, we will default to the generic use of “sand” throughout this article.

Sizing up your substrate

Sediments are transferred from areas of higher to lower water current velocities. Unsurprisingly, the finest grade particles are dispersed furthest from the point of origin. Reefs occur in wave-pounded areas while estuaries and lagoons are comparatively calm. Therefore, an SPS-dominated system (with fittingly powerful water movement) would most likely use little or no sand; a covering of rubble or bare bottom would be most appropriate (maybe with a deep substrate in the refugium). Sand would be just dandy however in a tank dominated by LPS corals such as Catalaphyllia and lagoonal or sand flat fishes such as dragonettes, sea robins, etc. Maybe you’d go a bit more to the muddy side if a mangrove or a few seagrasses were to be planted.

To the extent that soft substrates differ in grade, their pore waters (water in the tiny spaces between sand grains) vary much physiochemically, shaping the biological community that lives therein. Ultra-fine grade sediments, for example, pack together quite tightly, reducing the size of pore spaces. In so doing they change the pace at which infaunal (i.e. living within the sediments) organisms of different shapes/sizes can move through the bed. It even alters diffusive circulation, resulting in a greater incidence of anoxia in finer sediments than in chunkier materials such as so-called crushed coral gravel.

Still, because of their comparatively richer content of nutrients and organic matter, muds generally host a much higher level of biological abundance and diversity. Sandy bottoms are perhaps a bit less hospitable to infauna as they are more frequently/severely disturbed by currents and wave action. These environments provide especially crappy real estate for burrowing organisms, as their homes easily collapse in the sometimes nearly fluid bed.

Some aquarists just drop a thin layer of sand on the tank floor–for looks–and call it good. Some do this under the notion that a thicker sand bed traps detritus. Others might just be cheapskates. But there is a real advantage to using deeper beds. Obviously, with enough depth, there are many cool inverts that you can keep such as tube anemones, sand-sifting sea cucumbers, pistol shrimp, and so on. These fauna can be just as cool and interesting as rock fauna. But there is another, highly compelling reason for this: Bioaugmentation.

The deeper a substrate is, the greater volume of anaerobic space there will be. This has significant implications for the nitrogen cycle, as denitrification (the conversion of nitrate to nitrogen gas) is an anaerobic process. By providing a sand or mud bed of at least, say, two inches, you create a natural nitrate reactor than can spare you countless hours of changing water and scraping algae. A healthier system with less dirty work. Yea, we’ll just leave it at that…