You are here: Home / Captive Bred Fish / Seahorses / Do You Really Want Seahorses?

No doubt about it, sea horses are really weird and cool. For sure, they make great aquarium subjects. Seahorses are fairly simple to keep if they are housed in the proper type of aquarium system, kept with mellow, peaceful tankmates and offered the right sort of foods.

But are they worth it? That depends upon the keeper’s tastes and intentions. While these animals certainly are interesting and showy, they require a lot of “extras” in terms of husbandry and housing. And, they can consume a bit more of their keeper’s time than most other fishes. This piece examines a few of the major pros and cons of keeping seahorses in captivity. 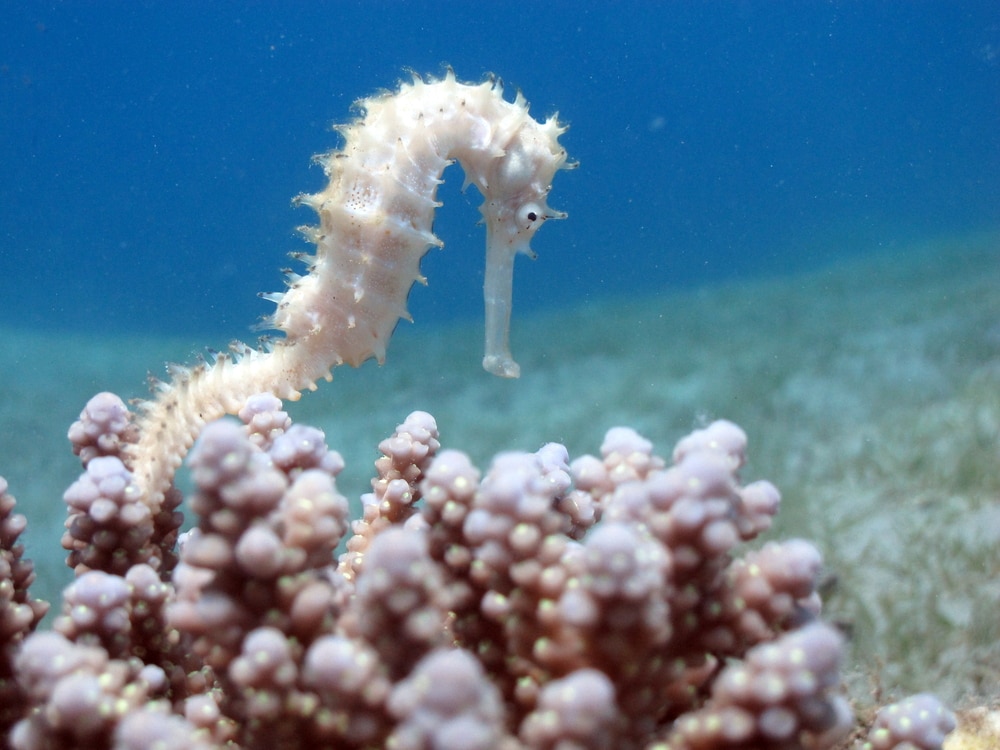 So What ARE Seahorses, Anyway?

Seahorses (Genus Hippocampus) belong to the family Syngnathidae which they share with the sea dragons and pipefishes. There are only around 36 seahorse species in all, and most of them share a few characteristics.

Its horse-like head (which gives it its common name) has a very elongated snout and a crooked neck that make it quite recognizable. Rather than bearing scales, their body is protected by hardened plates. Most unlike other fish types, seahorses swim (if you can call it that) in an upright position. They do so with just their dorsal and pectoral fins. Rather than a caudal fin (i.e. tail fin) seahorses have a long, tightly-gripping prehensile tail.
[CFish]

While seahorses are most definitely slower swimmers than most other fishes, they are capable of remarkable maneuverability. They can even hover in place for long periods of time. Seahorses are typically encountered in calm waters such as shallow, protected bays and estuaries. They are most abundant where there are thick growths of seagrass or macroalgae that they can grab with their tail during bouts of stronger tidal currents or wave action.

Seahorses (like all syngnathids) all exclusively predatory. They have a rather unusual means of predation. This mechanism, called elastic recoil feeding, allows them to speedily snap the head forward using energy stored in special neck muscles. Seahorses prey primarily on miniscule crustaceans such as copepods, amphipods, juvenile shrimps, etc. Because their prey items are so small, seahorses have to hunt all day long in order to consume a day’s fill.

Seahorse aquaria differ notably from the sorts constructed for most other saltwater aquarium fish species. Optimal conditions for a good seahorse tank contradict those of a good reef tank In certain key aspects. To be sure here, an aquarium that is specially set up for corals is intrinsically bad for them. In fact, seahorses require fairly specialized aquarium systems–most often, they are species tanks.

Not being all that active or territorial, seahorses do not absolutely require huge tanks. For this reason you can skimp a little on the tank size. That being said, in this case, it’s also a good idea to oversize the filter system (oversize the filter based on animal size/number, not tank size!). Water flow must be minimal. Moreover, the water column should be clear of microbubbles.

Seahorses very much appreciate a good “hitching post” that they can hold on to while at rest in moving waters. If multiple specimens will be kept, there should be enough space on the post for all of the seahorses in the tank to hold. Stinging animals such as corals and sea anemones are terrible hitching posts. Seahorses however love plants/seaweeds (such as macroalgae and mangroves). Even though they look pretty unnatural, structures made of man-made material (such as PVC pipe) can suffice.

It is not easy to successfully keep many non-syngnathid fish with seahorses. Being so slow, seahorses cannot avoid attacks by aggressive tankmates. For this same reason, they struggle to keep up with faster-swimming fishes during feeding time.

The simplest and safest way to keep seahorses is to house only individuals or bonded pairs in each tank. It is just a bit more challenging to maintain a small group of a single species (known as a “herd”). The keeper may successfully house different seahorse species or perhaps other syngnathids together in the same tank. Just be aware that there are limits to compatibility due to differences between each species’ optimal parameters (e.g. water temperature range). 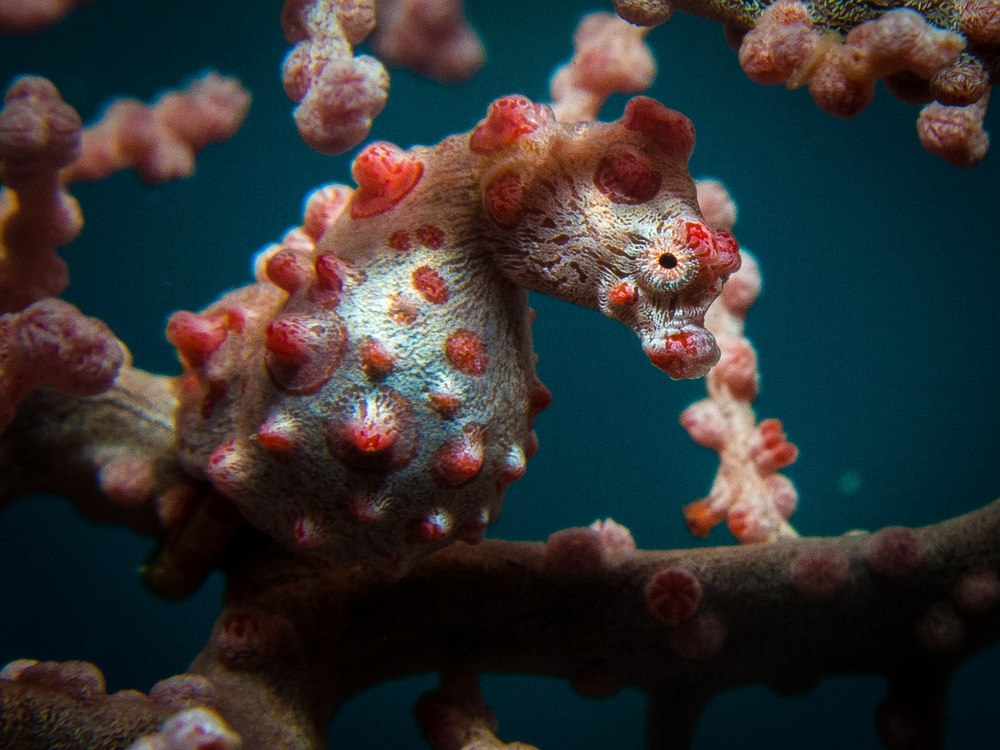 Undoubtably, feeding is the area where seahorses require the most care and attention. You should never count on an animal accepting any kind of prepared food (flakes, pellets, etc.). Indeed,

sometimes even whole frozen foods are outright rejected. In this respect (and others), tank-bred specimens are superior to wild-caught ones in that they are less picky eaters.

As a rule, seahorses very strongly favor live foods. Regardless of a specimen’s species, age or size, live microcrustaceans (ranging from copepods to brine shrimp) should be the cornerstone of their diet. Be prepared to feed live foods daily.

Small but frequent feedings are preferable to those that are generous in size but infrequent. Ideally, the animal is feed well throughout the day. Though it might be a little impractical, it may help to cut the filtration system while feeding to avoid food losses in mechanical filters.

There is a lot to consider! Especially since you’d probably be dedicating an entire tank to them! Husbandry, compatibility and housing for any prospective seahorse species must be completely researched before bringing a specimen home. And you will need a source of quality live food! Keeping these magnificent creatures is a challenge. Still, with the proper living environment, tankmates and feeding regimen, a seahorse can thrive in captivity for several years.
[CFish]