You are here: Home / Captive Bred Fish / Mandarin / How to Set Up an Aquarium for a Green Mandarin Dragonet

I should have done this! I should have done that! Throughout your experience in the saltwater aquarium and reef hobby, you will be finding yourself commonly saying these things. Maybe you did not dip your corals, or you bought the wrong additives, or maybe you added a fish without properly preparing your tank. This fish could easily be the Green Mandarin (Synchiropus splendidus), especially because of its popularity, but also specific tank requirements. There are many things one can do to their aquarium to ensure that it is suitable for a Mandarin. These fish are stunning and it would be a shame to be unsuccessful with keeping one. 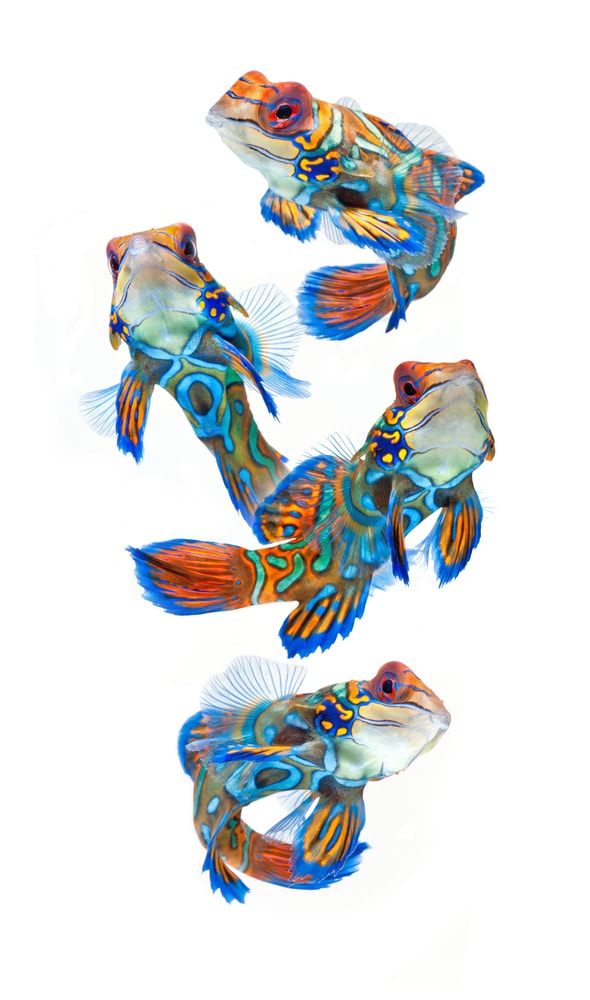 If your tank is not yet set up or is going through the cycling process, there are decisions you can make that will make keeping a dragonet setup easier later on.

First, it is important to understand what challenges are involved with caring for one of these fish. The biggest factor is the diet of the fish. Dragonets are known to be finicky eaters. They do not eat dry food, and only some will accept frozen food, such as mysis or brine. The most reliable option is to feed them live foods that provide the most nutrition and stability. The issue with feeding live foods is that it is not ideal to feed day to day, as it can get expensive. What you can do to your tank early on to avoid this issue is seed the tank with a sustainable source of live food. You can do this at any point, but it is best to do it towards the end of cycling before any fish are added. This way they have time to reproduce and populate the tank, without fish eating them.

You will be adding tiny bug-like crustaceans called copepods, which are available at algaebarn.com. There are variations such as Tisbee pods and Apocalypse pods, but they all generally provide for the same purpose, which is to feed your Mandarin Dragonet.

It is best to add copepods to a refugium area where they are safe from any predators, so they can continue to reproduce even after you add fish. It is important to have your refugium as the last stage filtration so that the copepods will go directly into your tank and not get filtered out. In the refugium, you will need some sort of media or rock, as well as some sort of macroalgae. The macroalgae is not required, but it is beneficial to have in a refugium.

Once your refugium is set up and running, add the copepods to it with the pumps off and let it sit for 12-24 hours. You can also add copepods to your tank by simply pouring them in or using a turkey baster to squirt them onto the rock and in the sandbed.

If your tank is already running and has fish in it, it is not too late to add copepods to prepare it for the addition of a Mandarin Dragonet. You can follow similar steps as if it were first being set up. The biggest difference is that you will want to be sure to add any copepods to your tank at night and not during the day. This way the copepods can settle in while the fish are sleeping and not get eaten. Again, you will want to be sure all your pumps off as well.

If a refugium is not available, you can also use a small plastic container called a “pod hotel” as an alternate option. It is simply a plastic container with several holes cut all around it and rock and rubble in the inside. Then it is placed in the display part of the tank and copepods are put inside of it. The pod hotel is not as effective as a refugium, but it is an option.

Now, wait about a week or more for the copepods to reproduce, and you are ready to add a dragonet, or are you?

There a few other important things to do before you add your new Green Mandarin Goby. You need to be sure that the dragonet’s tank mates are compatible with it. Dragonet’s do not generally do good in a tank with other fish of its kind. They can be aggressive with each other, especially if they are the same sex. It is possible to pair two Mandarin Dragonets of opposite sexes, but then the issue is the possibility of not enough food to support the two. One dragonet could easily wipe out a non-sustained population of copepods, but when you add another, that rate is doubled.

Fish such as wrasses can also be a problem for this same reason. A lot of wrasses are hunters and can out-compete the dragonet for food. If you want to have another fish that will feed off your copepod population, it is important to ensure that the population is sustained; it is best to wait for the tank to mature.

Tank mates such as eels, lobsters, and large crabs are not best with dragonets, as they are possible predators of the dragonet if they are hungry enough. Green mandarins are slow, so if an eel or large crab got hungry enough, they could easily prey upon the dragonet. Just as aggressive crustaceans do not do well with this fish, aggressive fish are the same. Avoid any kind of predatory fish and keep to peaceful tank mates.

Having the proper tank mates for your Green Mandarin Dragonet setup is important because it keeps the fish less stressed, which will allow it to live longer and healthier.

Green Mandarin Dragonets are small fish; they can grow up to four inches at the maximum length. That being said, it would seem reason reasonable for a mandarin setup to be in a 20-gallon or 30-gallon nano 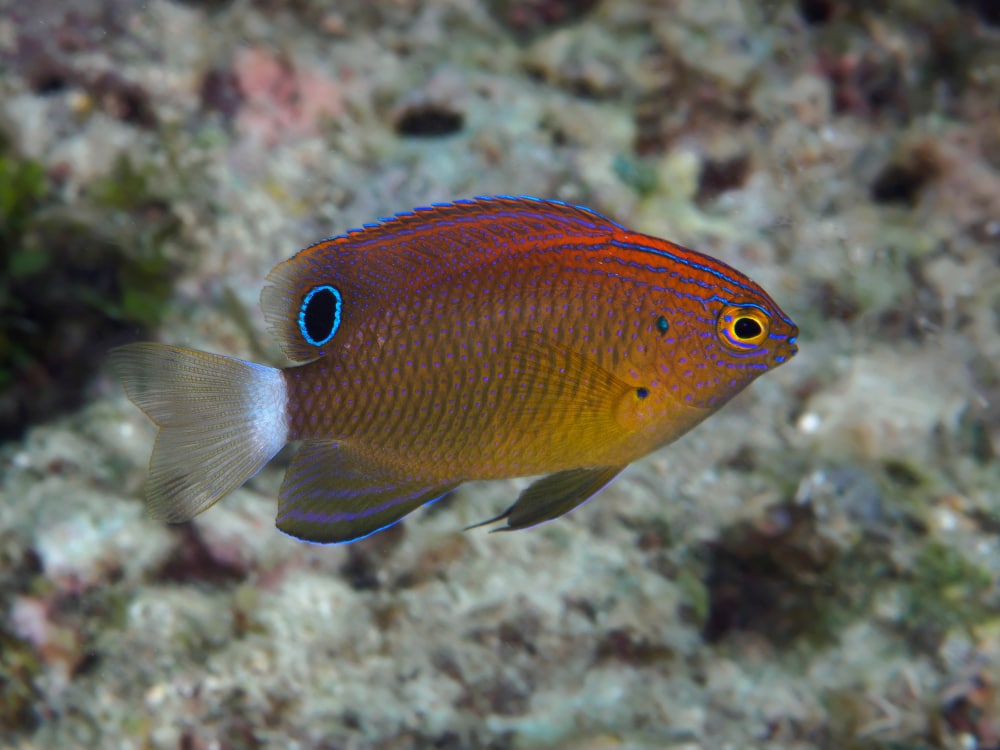 tank. That is not so, for one main reason, which relates to the same thing that makes this fish difficult to care for. That one reason being diet. In a smaller tank, you can only have an amount of rock surface area in proportion to the size of the tank. When you have a small amount of surface area within the tank, it also means a limited sized habitat for copepods, which will be the dragonet’s main source of food. If your dragonet is accepting frozen brine or mysis as food, you can then just feed more of that as an alternative to make up for the shortage of copepods. The issue with this is that you will be putting more nutrients in your aquarium system, which will bring other unwanted issues.

While the Green Mandarin Dragonet may be small enough to put in a small sized tank, it is best to put it in a tank 50-gallons or larger. Your tank should have 50 pounds or more worth of rock in the display, depending on the size of the tank, and a refugium that is 1-5 gallons or larger. Also, bigger tanks can handle more feeding if you find it necessary to do so.

As for any fish or coral you add to your saltwater aquarium system, you will need to be sure your tank is fully cycled and your parameters are acceptable and stable before adding a dragonet. This fish is hardy and can handle some swings in parameters, but you have to aim for your parameters to be as stable as possible. This way you can eliminate stress from your fish in that sense.

That’s it! After following these guidelines, your aquarium will be ready for the addition of a Green Mandarin Dragonet and you can begin caring for it and watching it live within your aquarium or reef tank.