One of the most important aspects to think about when adding new fish to your aquarium is the aggression from your established inhabitants. Stress is one of the biggest killers of aquarium life. Animals travel thousands and thousands of miles to America, then board another plane and truck to get to your local fish store, sit in stressful sale tanks, and make the trip home with you before it ever even sees your tank. For the animals that survive the long journey, they should now be able to take a much needed break, and be allowed to hide, decompress, and acclimate to aquarium life peacefully in your tank. But, what if after all that, your new baby Yellow Tang or Coral Beauty is relentlessly bitten, chased, cut, or even eaten by bigger, more aggressive and established tank mates? Your once peaceful tank can easily turn into a WWE ring if you don’t plan new additions carefully, or let existing fish get too overconfident in running their tank mates around. Even the most carefully thought out additions have the ability to go south, as each animal you own is an individual and may have a trigger response that was completely unforeseeable. Or, a fish you have owned for years may randomly snap one day and begin relentlessly badgering your other established inhabitants. Thankfully, there are practices you can implement should this occur to you. Following one of these methods may save the life of your fish or invertebrates. 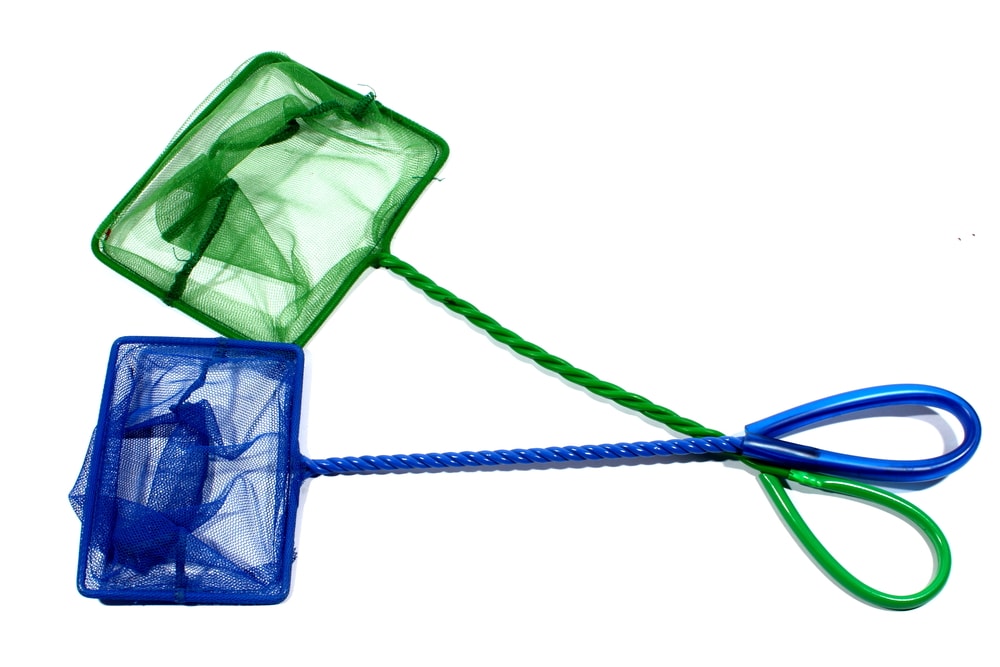 Simply put, this popular method is just rearranging your rockscape. Your established animals have their territories staked out, and have the tank memorized. That means they know every place new additions can be hiding, and Heaven forbid the newcomer enters the aggressors territory. But, if you were to take out a good portion of your live rock, and rearrange them to form new caves, holes, bridges, etc. then you put even your most aggressive fish on a level playing field. All of your aquarium inhabitants have their territories taken away, and are confused over their new surroundings. This essentially makes every fish feel like a newcomer to your system, and the initial territory stake out and tank exploration by the aggressor gives less assertive fish the chance to acclimate and pick out a cave to call home. Averting the aggressor’s attention typically means he will pay little attention to other fish.

The Mirror or Picture Method

This method of dealing with aggressive tank mates is surprisingly effective, and I have personally had success with it. When you add your new fish, tape a handheld mirror to the side of your tank. Don’t have one? No problem! Print out a half dozen pictures of the aggressors species and tape them onto the tank so he can see them. Essentially, this averts the fish’s anger and violence towards his “competition” instead of new tank mates. He will likely either attempt to attack his reflection in the mirror or the pictures of other identical fish, or hide from them. I have had people report that this method works wonders for introducing new tangs into systems with established bullies. Baby Yellow tangs, Purple tangs, Kole tangs, etc. can now to added to to tanks with existing tangs! Shy fish can now be added into tanks with boisterous fish! The competition between the aggressor and the mirror or pictures will buy the newcomer enough time to establish himself and be confident enough to live peacefully with his new tank mates.

Usually, one fish in particular is the source of the problem. If you added new animals that caused an established member to react aggressively, or he has randomly decided to become aggressive towards your other established fish, you may have no choice but to remove him from the situation. And, despite the popular rumor that fish only have a memory of 7 seconds, it has been proven that the real estimate is between 6 weeks up to a few months, with some scientists predicting even longer memories. So, removing the fish for only a day or two and isolating him in a breeder net is not usually enough time to change anything. I highly recommend setting up a quarantine tank if you do not already have one established that you can move the aggressor into. Or, what most aquarists do, move the fish into your sump area. Obviously, only do so if your sump is a safe area. The best setup would be a 3 chamber sump with a refugium area that can house the fish. Keep the fish isolated for at least a week or two, the longer he is separated the better. This will give everyone else the chance to rearrange the hierarchy, become more dominant, settle into the tank, and gain confidence. When the aggressor is added back into the mix, he will be the newcomer who has to reestablish himself back into society.

How to Remove the Aggressor

There are many options when it comes to how you will go about catching a particular individual. While it can seem annoying and that you may have to tear your tank apart in order to catch 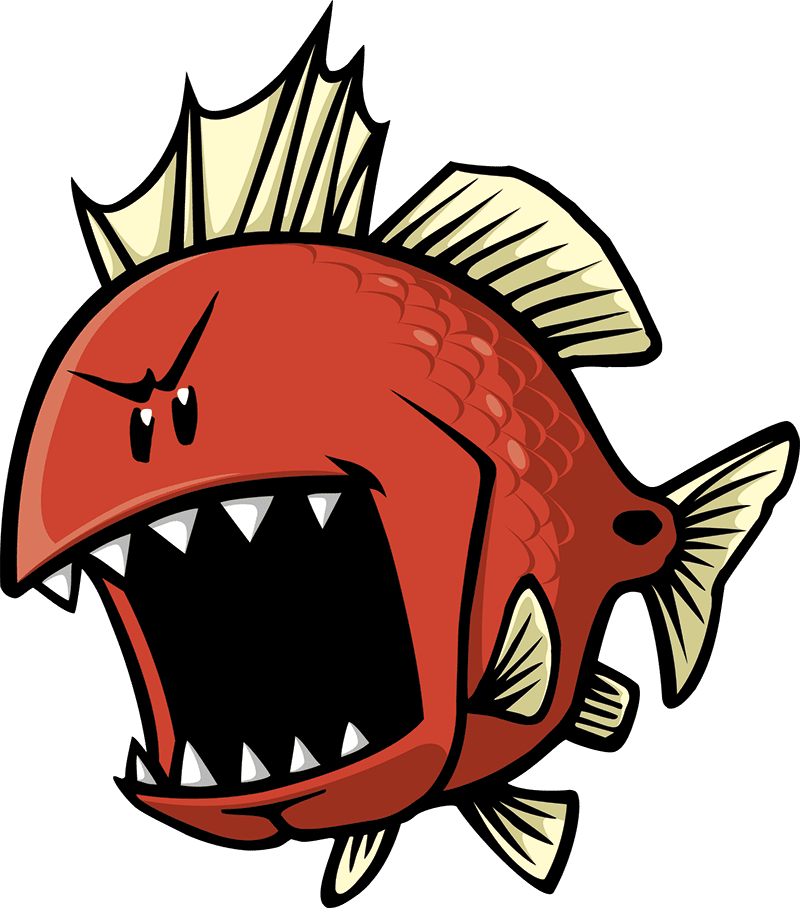 just one fish, it can be difference between life and death for new additions and less assertive tank mates. I have had luck catching fish by simply moving rocks out of one corner of the tank, and corralling fish here with two nets. And, extremely food motivated fish may be able to be scooped up quickly when they come to the surface looking for their regularly scheduled dinner.

If your fish tend to be smarter than mine, a trap may be required. If you don’t want to build one yourself, you can purchase a premade fish trap from several different aquarium equipment retailers. Nearly all of them involve a door you pull closed with fishing string when the fish enters the chamber looking for food. To build your own, get a water or soda bottle (for small fish such as Sixlines, Damsels, baby eels, or Engineer Gobies). For larger fish such as baby Yellow tangs, dwarf angels, small butterflies, and baby Foxfaces, a small plastic “pet carrier” or “critter carrier” can be used. For even larger fish like Powder Blues and Naso tangs, nets are typically easier but a larger carrier may work as well.

To create the bottle trap, cut off the top third of the bottle, invert it, and slide it back into the bottom portion of the bottle. Now, when a fish swims through the bottle cap opening, they won’t be able to quickly find their way out. Put the bottle into the tank for a few days so your fish get comfortable with it in their space. Once everyone is willing to swim near it, put a cube of frozen food in the bottle trap and place it back into the aquarium, skipping your nightly feeding schedule. By the next morning, you will likely have trapped the small fish you want to remove. If not, re-bait it the next night until it works.

For the larger fish traps made with critter carriers, there are two different methods hobbyists use. Some will simply place the cage in the bottom of their tank with the plastic lid open and a PVC pole resting on the top of the cage and sticking out of the tank. After a few days, use the pole to dump sinking pellets into the cage, and do not feed the tank anything else. If the aggressive fish wants dinner, they must go into the trap to eat. Let them get comfortable with this for a day or two. Once they are calmer entering the box, slowly use the PVC tube to close the plastic lid while the tank aggressor is eating inside of it. The other method is to use a magnetic algae scraper to hold the box sideways against the tank wall. Open the plastic door downwards, and hot glue a length of fishing string to the door. Now, feed sinking pellets only inside the cage just like in the other method. When the aggressor swims in for a bite to eat, pull the string which in turn closes the trap door. Now you have caught the problem fish and can either isolate or re-home him!

Even though adding new fish to your tank is exciting, it should be done thoughtfully. Aside from the above methods, simply purchasing fish larger than your established tank leader, feeding your aquarium heavily before adding new animals, and turning lights off a few minutes before releasing your purchases can all drastically increase your chances of success. Fish (and invertebrate) purchases also need to be planned out, as certain mixes simply will not work in most cases. Occasionally, even adding a baby Yellow Tang can disturb the balance of your tank, for example if you have other tangs already established. Also, things like mixing large triggers with slow cardinal fish, eels with small Gobies, the aggressive Volitan lionfish with chromis, and hawkfish with shrimp are all not likely to succeed, so make sure you fully research any potential purchases. With careful planning, it can be easy to create a peaceful and enjoyable atmosphere within your tank.