Many common reef aquarium animals are filter-feeding phytoplanktivores. In other words, they eat tiny (usually single-celled) algae that they capture called phytoplankton from the 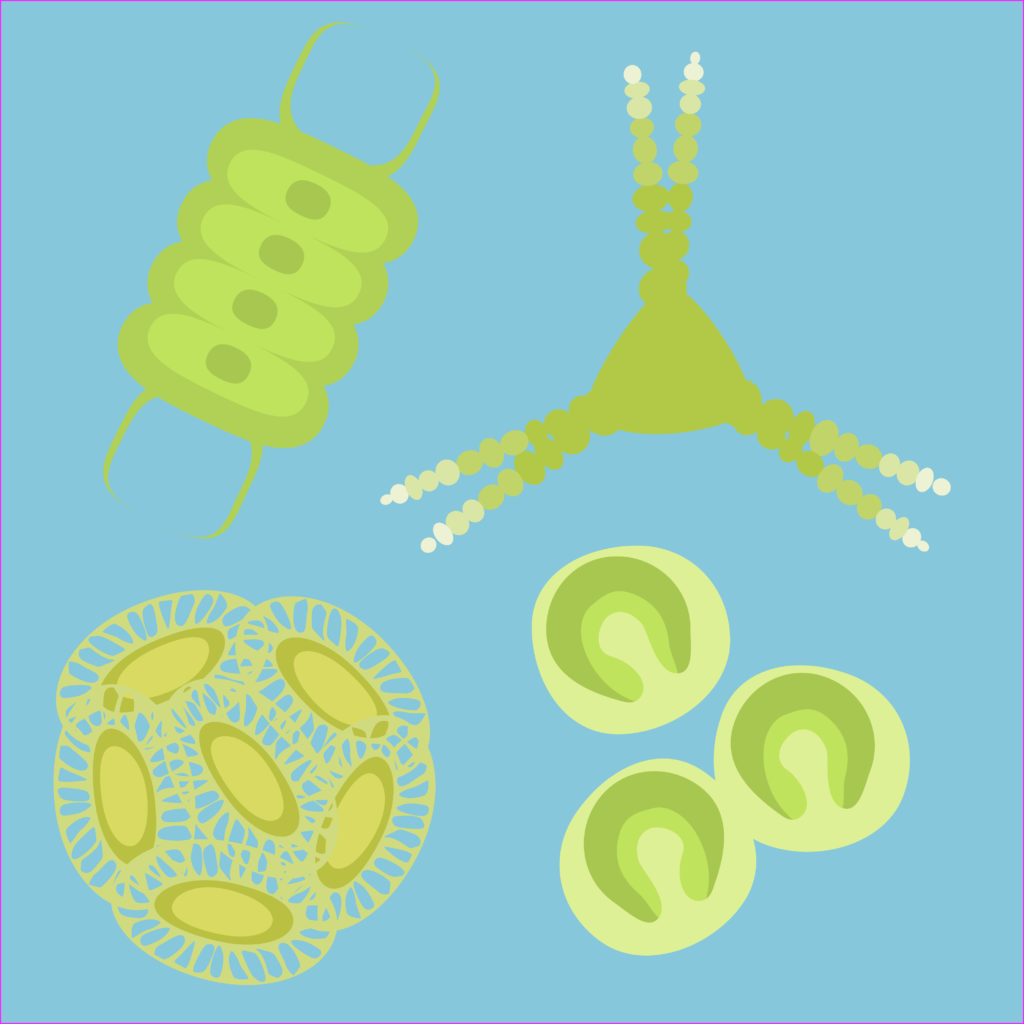 aquarium water. In the natural environment, they often eat a lot of it. Despite that, they are in many cases quite choosy about what they eat in terms of food particle type and size. And there simply isn’t a rich enough supply of this food source in our tiny, crowded, recirculating aquarium systems to meet their needs. In point of fact, many supposedly “delicate” creatures including flame scallops, basket stars, Christmas tree worms, cauliflower corals, gorgonians and so on may not be very sensitive at all, but rather tend to starve in the typical reef tank where food sources are either quickly depleted or are nutritionally inadequate. Even much of the “inevitable” die-off of creatures such as sponges, bryozoans, etc. on fresh, high-quality, richly encrusted live rock can likely be attributed to malnourishment.

Fortunately, live-packaged phytoplankton are increasingly becoming available to reef aquarists for this purpose. Live phytoplankton products are undeniably superior to those that are dead, bottled and refrigerated. Firstly, certain vital, but easily degraded, compounds (lipids, enzymes, etc.) may be lacking in dead products due to processing and decomposition. When dead foods are used, many filter-feeders need to be stimulated to open up beforehand so that they do not miss their meal; on the other hand, when live foods are ever present and actively growing, these same filter-feeding creatures will always be open and feeding. Unlike live foods, which remain suspended in the water column, dead foods usually either float to the surface (where they are lost via the overflow and end up in the filter) or sink to the bottom (where they contribute to the pool of detritus). The waste associated with dead products can contribute significantly to the loss of water quality.

To the contrary, live products actually remove unwanted substances such as nitrate, phosphate and silicate. As they grow and multiply, live phytoplankton are a gift to your tank that keeps on giving, at least until running out of excess nutrients (or being completely consumed by hungry phytoplanktivores!). By taking up excess nutrients, these live products actually serve an additional, important purpose: nuisance algae control. This may seem counterintuitive at first glance. Why add algae to combat algae? Not all algae are the same. The algae that are a common bane to marine aquarists are mainly benthic forms (that is, those that attach to the tank panels, rocks, even hapless aquarium inhabitants) whereas the beneficial types are mainly planktonic forms (that is, those that live freely in the water column). Due to their various physical and/or chemical defenses, certain nuisance algae species may continue to plague a reef aquarium even in the presence of determined herbivores. However, when sufficiently abundant, planktonic algae can actually control or even totally extirpate the undesirable benthic algae by competing aggressively for nutrients.

Many aquarists are finding that this more naturalistic approach is preferable to a heavy reliance on chemical filtrants or expensive gadgets such as UV sterilizers, which may remove desirable substances or indiscriminately kill desirable microorganisms. There is little room for argument here; reef aquarists who use live phytoplankton rather than dead phytoplankton (or worse, phytoplankton “substitutes”) to nourish their filter-feeding invertebrates enjoy greater odds of success. As aquarium author Martin Moe rather succinctly puts it, “Those that do are well rewarded by the health and vitality of the animals in their systems.”

The best live phytoplankton products feature a synergistic blend of species that (1) grow aggressively, exhibiting the highest rates of nutrient sequestration, (2) are of varied sizes as to be 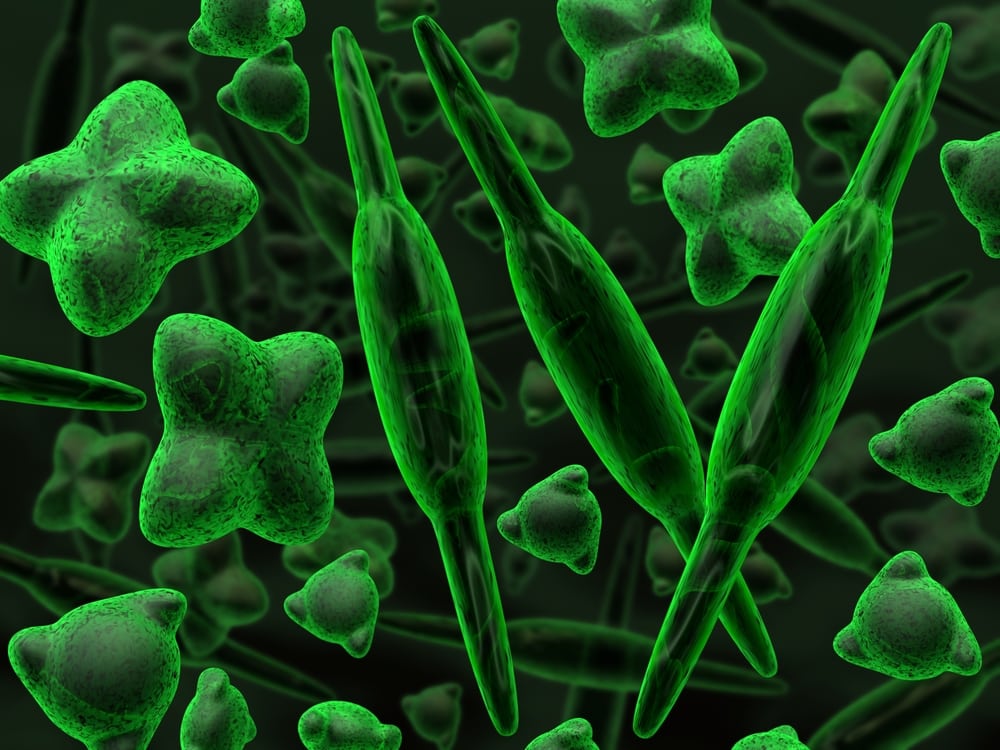 available to the greatest variety of filter-feeders and (3) have a broad nutritional profile. OceanMagik™ is a high-end live product that achieves all three of these objectives by incorporating four complimentary algal species: NANNO, TET, ISO and THAL. The benefits of each can be summarized as follows:

NANNO (Nannochloropsis gaditana) is a smallish, unflagellated yellow/green algae of 1-5 microns in size. In addition to being a great source of the polyunsaturated Omega-3 fatty acid eicosapentaenoic acid (EPA), it is a voracious consumer of nitrogenous waste products (e.g. ammonia and nitrate).

TET (Tetraselmis sp.) is a green biflagellated algae of 6-10 microns in size. It is known to be an excellent source of lipids, amino acids and the Omega-3 fatty acid docosahexaenoic acid (DHA) as well as EPA. At least some members of the genus have been shown to produce substances that act like antibiotics that increase survivorship in larval fish; as such, there is at least some likelihood that they play a similar role in disease resistance for other creatures that feed on them.

ISO (Isochrysis galbana) is a golden brown biflagellate algae of 10-14 microns in size. Valued for its extremely high DHA content, it is often used to enrich (i.e. make more nutritious) live zooplanktonic foods such as rotifers, copepods and brine shrimp. It also happens to be very readily accepted by many filter-feeding bivalve mollusks such as clams, scallops, oysters and mussels.

THAL (Thalassiosira weissflogii) is a relatively large, green/brown unflagellated algae of 5-32 microns in size. A beneficial diatom, it also happens to be a heavy consumer of excess silicate. This alga has been observed to form long chains, which makes it an even larger particle size and therefore even more available to course filter-feeders.

These rather different algae work together to create an overall healthier and more beautiful aquarium environment. The contributions to any reef aquarium by quality live phytoplankton products such as OceanMagic are numerous. Continued use will result in a reduced growth of unsightly algal films. Copepods will be more numerous and more nutritious, conferring distinct health benefits to finicky zooplanktivorous fishes such as mandarins and seahorses. Phytoplanktivorous invertebrates will grow faster, live longer and be more colorful; heck, you may even be able to keep those “difficult” invert species that before would only wither away and die in short time. And, perhaps most importantly, your aquarium system as a whole will be more interesting to keep, as it will be ecologically functioning in a much, much more natural manner.