Macroalgae is a large type of algae that is mostly beneficial and is used mainly to fight nutrient levels and microalgae growth. It is most commonly found in refugiums in the sump area of a tank. Unlike GFO or protein skimming, using microalgae to combat algae growth and nutrient export is completely natural and cheap. It is also simple to use and care for. It is not a coincidence that tanks with minimal algae growth also use macroalgae. If anyone needs a solution to algae growth and high nutrient levels that is cost efficient, simple, and effective, they should most definitely consider using macroalgae. 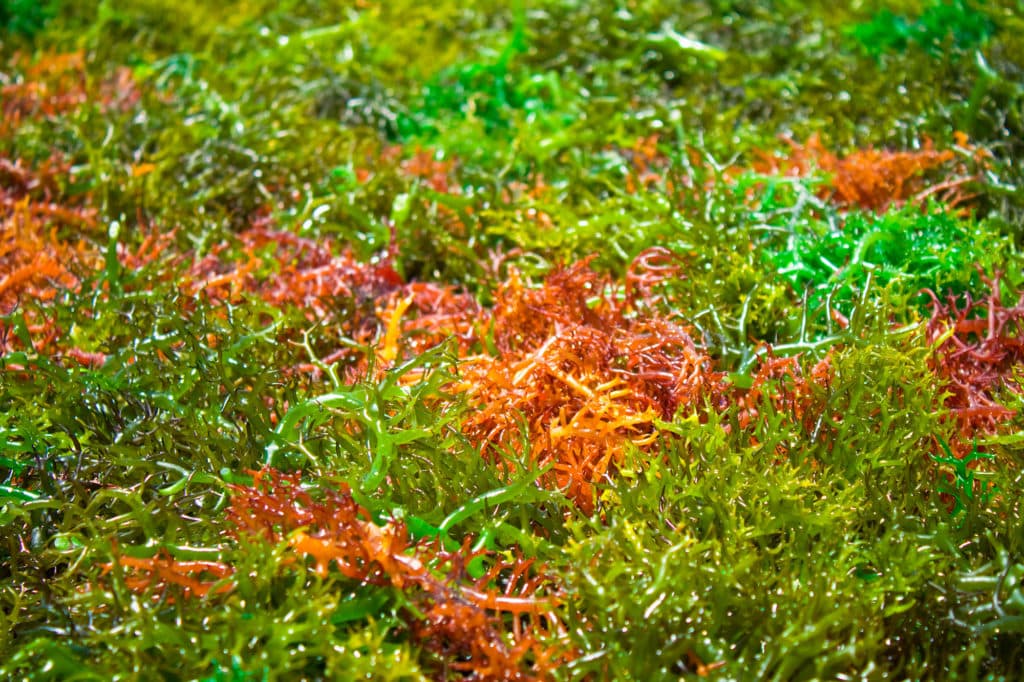 The definition of macroalgae is large algae that often lives in dense groups. Do not confuse macroalgae with microalgae, as they are very different. Microalgae grows as a film or layer often on the glass and rocks in an aquarium. This is the type of algae that hobbyist are always battling at its rapid rate of growth. On the other hand, macroalgae is generally algae that hobbyist will grow in their sumps in attempt to get rid of the microalgae. Unlike microalgae, macroalgae does not grow at fast, uncontrollable rates. There are generally three groups or types of macroalgae: red macros, green macros, and brown macros. Some common kind of macroalgaes are Chaetomorpha (Chaetomorpha linum), Sea lettuce (Ulva lactuca), and Pom Pom Gracilaria (Gracilaria hayi), all of which are available at algaebarn.com. Each have their individual pros, but they all have the common effect of using up and getting rid of nutrients.
[macroalgae]

First, you need to understand the central cause for extensive algae growth within the saltwater aquarium. The answer is simple: high nutrient levels. These nutrients are like food for the algae, so when there is a surplus of these nutrients, such as nitrate and phosphate, the algae is able to take over the aquarium and devour the rocks. Macroalgae is algae too and also uses nutrients as a form of energy intake. That being said, when macroalgae is in a reef system it is effectively “steeling” the microalgae or bad algae’s food. Macroalgae is natural competitor for these nutrients and is capable to out compete the microalgae for nutrients.

Chaetomorpha is the most referred to algae as macroalgae within the hobby. It is also the most common macroalgae found in reef systems. Aside from being a very functional nutrient export, Chaeto is also used as a habitat for copepods in refugiums. It is very dense in a tangled bush like from, which allows it to be an operative breeding place for copepods, amipods, and other like organisms. Chaeto requires some flow and a light source. This could be done in a refugium or even a “Chaeto reactor”. A Chaeto reactor is just a normal media reactor with a light strip wrapped around it. It could be used on smaller tanks or tanks without refugiums. It serves the same purpose to eliminate nutrients in the water. 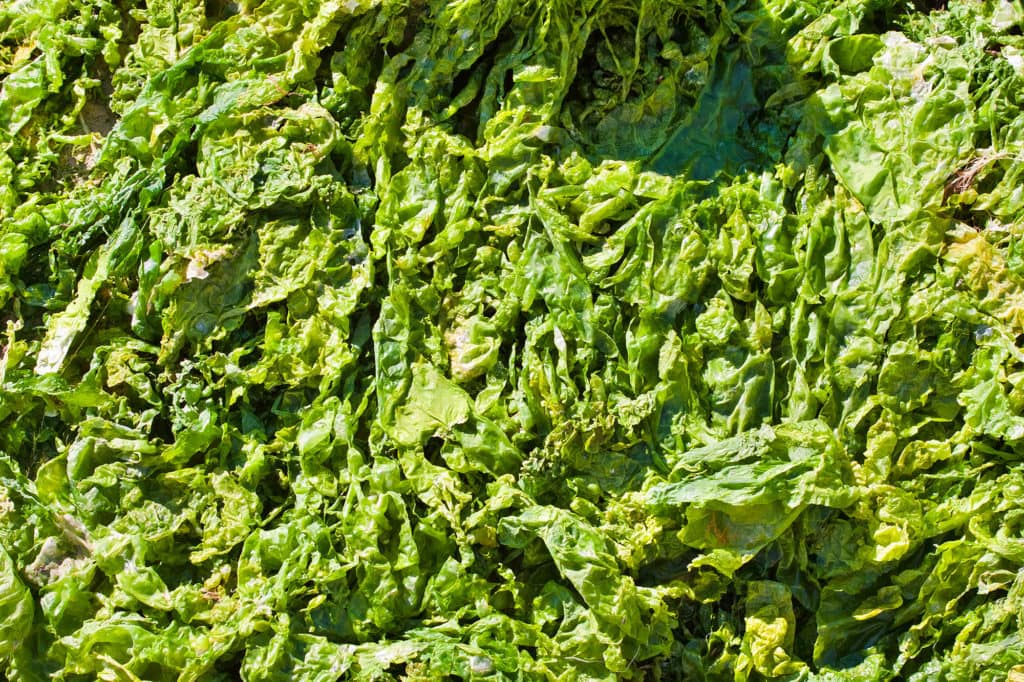 Tilted as the fastest growing macroalgae, Sea lettuce (Ulva lactuca) is an alternate option to Chaeto. It has the same benefits that Chaeto has and more. Like other macroalgaes, Sea lettuce is useful in removing unwanted nutrients by consuming them. The differences is that Sea Lettuce can be used to feed herbivores such as tangs. You may get a tang to help with an algae issue in the display part of your tank, but the tang will need another sources of algae to eat when the existing algae is gone. This is where having Sea lettuce would bring great value, as you could be using it to feed the herbivores in your tank, while also exporting nutrients. Copepods and amphipods can also feed off of this macroalgae. Another benefit to adding macroalgae to a reef system is that it will also stabilize Ph parameters.

Sea lettuce does require increased levels of bright light. If you decide to purchase Sea lettuce, you will want to be sure that your refugium has a viable light to support the fast growth rate of this macroalgae.

Being one of the most beautiful macroalgaes, Pom Pom Gracilaria is yet another option for macroalgae in your reef system. As it is one of the better looking macros, you can easily find a way to fit it into the display part of your system. Like the other macros, Pom Pom Gracilia is capable of nutrient export. It is the least effective in doing so, but it will certainly help whether it is being used alone or in combination with another kind of macroalgae. Putting this type of algae into your display tank can add an additional natural beauty to it with its vibrant red algae color.

Macroalgae in a Refugium

The most common place for macroalgae to be used is in the refugium of a saltwater aquarium. In fact, the macroalgae will be the center part of the refugium. In order for the algae to grow properly, you will want to be sure that it is living under the correct conditions. Be sure that the light you are using is sufficient for the algae your are growing. Note that some algaes require more light than others and some prefer less light than others. Like everything else in this hobby, it is important to do in depth research on the type of alage you will be caring for. You will also want to research the light period for specific alages. Generally, refugium lights are set on timer to turn on the opposite that of which the display tank’s lights are set to turn on. After you have the lighting portion settled out, it is important to have the refugium in the correct location of the sump. I recommend having your refugium be the last section of filtration of the sump. This way any copepods that are living in the sump do not have to go through any filter media, skimmer, or other filtration before getting to the display tank. Having the refugium last will also increase the efficiency at which the macroalgae stabilizes the Ph levels.

As always, there is never an end to research, but the information in this article should give you an idea of the different types of macroalgae and which one is best for you. Enjoy seeing the great affects of macroalgae and happy reefing.