You are here: Home / Clean Up Crew / Hard to Kill: Using Cerith Snails and Siphonaria Limpets

Nuisance algae is almost certain to emerge—at least to some extent—in all reef aquarium systems. Of course, the maintenance of good water quality is by far the best way to combat them. However, herbivores present an effective and totally natural means of algae control. Snails in particular are a great choice of algae-eating herbivore. In addition to mopping up unwanted algae, many snails act as fantastic detritivores, consuming accumulations of settled organic particulate matter.

All that being said, there are some downsides to using snails for this purpose—at least some species! Though generally hardy, some snail species have a terrible record of survivability in marine aquaria. Some are fairly selective feeders and starve to death after eradicating their favored food source. Some are extra sensitive to poor water quality. Some are collected from temperate (i.e. cooler) habitats and cannot tolerate extended exposure to the “hot” water of the usual reef tank. Some simply have short lifespans and are typically already on their way out by the time they enter the aquarium trade. Whatever the case, dead snails rapidly pollute the water; this obviously is quite counter-productive when you’re attempting to remove solid organic wastes or reduce nutrients in the midst of an algal plague.

Dead snails are almost as annoying, disgusting and detrimental to the health of your reef tank as detritus and nuisance algae. In order to minimize the impact their decomposition has on your system, we suggest the following:

Clearly, the idea behind those last two points is that with a reduced risk of mortality (especially mass mortality), there is little chance that you’ll miss a dead snail somewhere. And, even if you do, the occasional mortality won’t be like losing a dozen giant turbo snails all at once while you’re out of town for the weekend.

Fortunately, there are a couple of small—and virtually indestructible–mollusks that will meet all your basic clean-up requirements: The cerith snail and the siphonaria limpet. 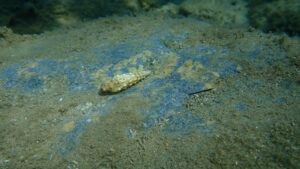 The cerith snail (Cerithium spp.) has become a classic clean-up crew critter. Willing to eat anything from film algae to raw detritus, they are highly valued as a do-all member of clean-up crews. Completely reef-safe, they are far less troublesome than some other scavengers such as hermit crabs. Further, they help keep the surface layer of substrates clean through their constant plowing and burrowing. Unlike some other scavengers such as sand-sifting starfish, they are not known to consume any desirable sand-dwelling meiofauna.

Ceriths live in somewhat unstable, nearshore environments. Their adaptation to this type of environment makes them relatively tolerable of fluctuations of temperature, salinity, oxygen availability, etc. Thus, they tend to flourish in captive conditions.

In aquaria, these snails primarily occupy the surface and subsurface of the substrate. They are often much more active at night. Because of their tiny shell size, they can squeeze into tighter areas as they clean the aquarium bottom. Best of all, unlike some other snail species, they do not knock over small corals as they move over rocks. Unlike some sand-sifters such as diamond gobies, they do not heap sand over bottom-dwelling corals and clams.

Siphonaria limpets (Siphonaria spp.) aren’t actually true limpets but rather are pulmonate snails. These little guys are dedicated herbivores. They eat most types of algae but are especially fond of green film algae. Like ceriths, they occur in rugged environments and are thus tougher than the average snail. Additionally, because they naturally inhabit wave swept shallows, they tolerate the powerful water currents one might employ in an SPS-dominated system. Even better, their tough, low-profile shells help protect them for harassment by predators such as crabs, wrasses, etc.

Not only are siphonaria limpets long-lived, but they also are capable of reproducing in the aquarium.

From the snail farm 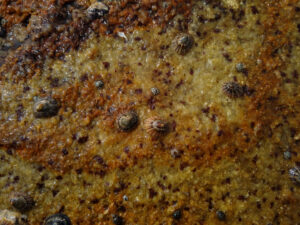 Captive-bred aquarium animals are almost universally hardier than wildcaught specimens. This makes pretty good sense, since these individuals are already fully adapted to captive conditions. Snails are no exception here. One nice thing is that you don’t have to worry about any hard-to-treat hitchhikers that arrive on the shells of wild snails. But the big thing is how much sturdier aquacultured snails are. Maybe they cost an extra buck apiece… Big deal. They actually live longer. What a huge difference in not having to replace them every other week!

And even better is that you’ll never have to worry about making a messed up tank even worse because of a couple dead snails that slipped between the cracks in your rock base. Sure, even your aquacultured snails will die… everything eventually dies. But using tougher types such as the cerith snail and siphonaria limpet will help to prevent those constant, or massive, die-offs that endanger your entire aquarium community. We promise, you won’t ever miss that smell!