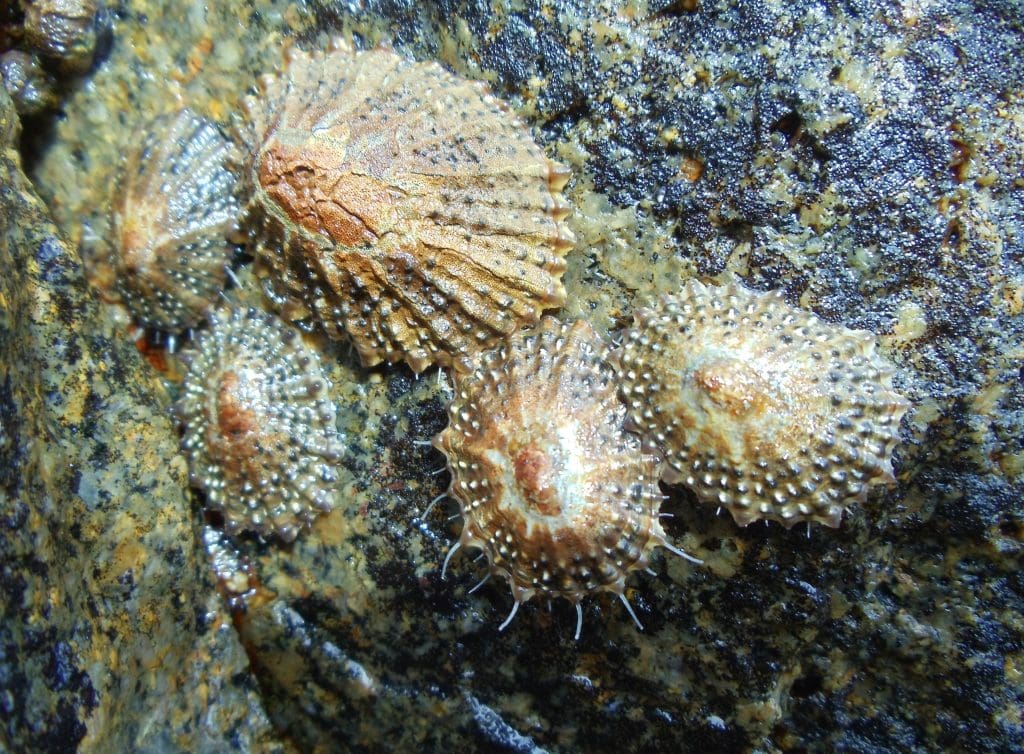 In case you haven’t noticed, marine aquarium hobbyists have really upped their standards lately with respect to algal fouling. These much cleaner, healthier, natural-looking tanks surely are the fruit of numerous advancements in water filtration/treatment techniques. But we’ve slipped a few other cards under our sleeves, too; we’ve added an important new component to the clean-up crew. And it’s captive-bred!

For sure, the recent aquaculture of Siphonaria sp. limpets is pretty exciting. Okay, not like crazy colorful new strain of SPS exciting… more like, no-more-need-for-daily-algae-wiping exciting. These little guys (specifically the captive-bred stock) are extremely hardy and are totally reef-safe. And, they really do work.

The family Siphonariidae is a taxonomic family of smaller, air-breathing sea snails. You may have seen siphonariids referred to as “false” limpets. The “false” part is true; they are actually snails (snail-like, anyway) with a shell that merely resembles that of the so-called true limpets (Clade: Patellogastropoda). Fairly distantly related, the similarity between the shell morphology of these two gastropod mollusk groups is a great example of convergent evolution.

Siphonariids are pulmonate gastropods. Pulmonates comprise a broad, informal group of snails and slugs characterized by their ability to breathe air by way of a pallial lung rather than gills. Positioned on the right side of the body, their mantle cavity lacks gills and instead functions as a lung-like organ. The group includes land, freshwater and marine families.

The typical siphonariid appearance is, much like other snails, rather plain, drab and modest. Their shell is oval in shape, somewhat conical and overall limpet-like in appearance. It grows to 15-30 mm in length. Shells can vary slightly in color (between species and even region), but generally are whitish to cream in base color with dark brown markings (often wavy stripes). As with most other siphonariids, a c-shaped muscle scar is evident on the underside of the shell; a shallow siphon groove runs through the open end of the scar. The shell exterior may be covered with tiny sessile inverts such as barnacles, foraminifera, etc.

These little pulmonate gastropods inhabit marine and brackish habitats. They usually occur on rocky shores, where their strong foot and low-profile shell help them to grip tightly to the hard substrate in turbulent, wave-swept environments. They prefer shallow waters, as that is where the strongest light–and therefore their food, algae–may be found. Clamped down on the rocks during low-tide, they can survive exposed and breathing air for as long as 72 hours.

Siphonariids graze primarily on soft, exposed microalgae. That is, they do not rasp the substrate hard or deeply, thus leaving crustose forms such as coralline algae behind. Given the shallow habitats from which they originate, they are most adapted to grazing on chlorophytes (green algae). However, they are voracious herbivores and will consume nearly any soft algal matter that they can get their mouth on. While they graze best on films, it is reported that they also mow down the tiny germlings of filamentous or weed-like species. Surprisingly, it is somewhat territorial in that it often ventures back and forth from a home patch between feeding forays. 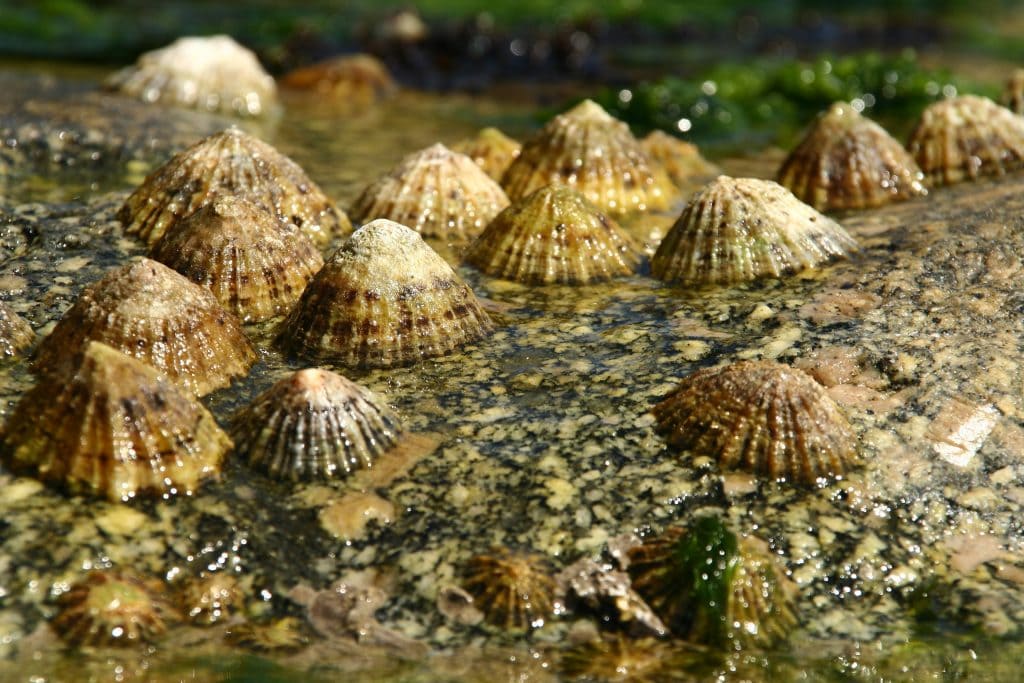 Let’s just be honest here; no one is going to acquire these animals for ornamental purposes. Even so, they have huge value to all sorts of marine aquarists. Though they are lacking in the looks department, they help to keep your tank looking awesome by aggressively controlling nuisance benthic algae.

This bottomless algae-eater is kind of like a hypercaffeinated trochus snail. It works its magic on the rocks, but also reduces films as they appear on the tank panels. Will it knock over small, loose frags from time to time? Maybe. But not nearly as often as turbo snails. And it definitely won’t ever fall off of the rock surfaces (and need to be righted).

Siphonaria limpets are really, really tough compared to most other snails. Among their most significant adaptations to an intertidal lifestyle are impressive tolerances to temperature and salinity fluctuation. Not only can it survive high and temperatures that would surely kill other reef animals, it tolerates high (up to 40 ppt) and low (down to 20 ppt) salinity.

While reef-safe, this is a great herbivore for the FOWLR system. This is because its shell protects it well from attacks by many fish predators. Sure, nothing is safe around certain wrasses, puffers and triggers. But if you’re desperately looking for something to tackle the lawn growing in your predator tank, these are certainly worth a try. If an urchin can hold its ground in there, these might too–and, they’ll be able to get into those narrower gaps between the rocks.

For normal algae control (of film or low-growing turf types in particular), one might use five siphonaria limpets per 10-20 gallons. For persistent/heavy algal growth, one could use twice that many. What’s best, however, is to incorporate them into a diverse crew of algae-eaters that prefer different types of algae or are best at getting it in different spots.

The introduction of a hardy limpet (or limpet-like gastropod) into the hobby was a long time coming. As abundant and important ecologically as they are in the wild, these should be widely used in our aquaria. Compared to many snails, they are totally hassle-free. Captive-bred Siphonaria sp. limpets are especially tough and adaptable in all sorts of marine aquaria, including reef systems. There is hardly a more effective and less expensive saltwater aquarium herbivore out there!