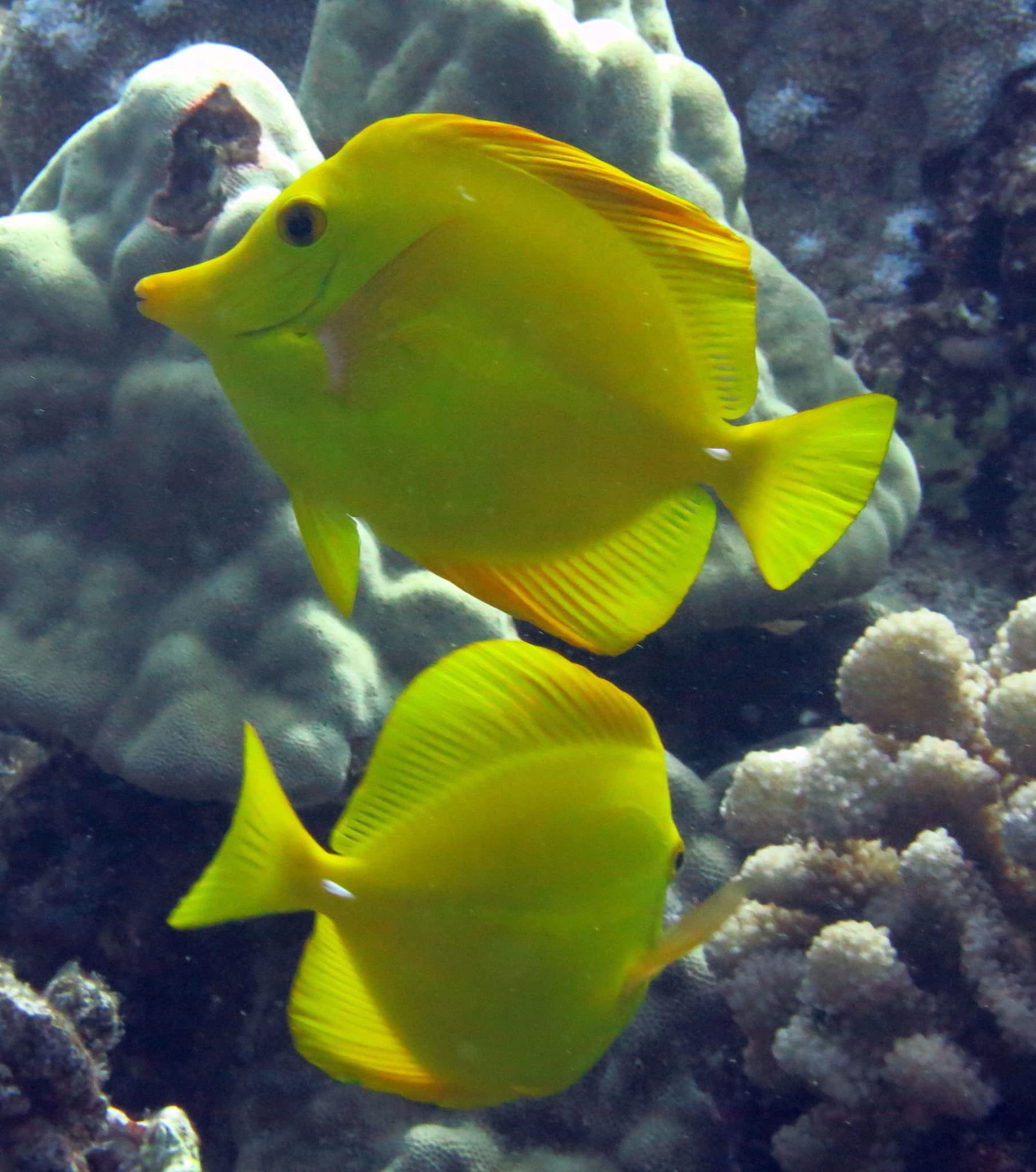 There is hardly a more iconic saltwater aquarium fish than BIOTA yellow tangs (Zebrasoma flavescens). We can just start out by stating the obvious; it is a real stand-out. Nothing “pops” like the bright yellow blaze of this species. Its highly laterally compressed body and pronounced snout give it an undeniably exotic, “marine” appearance. Boldly pigmented and rather hyperactive, you need not look long to notice this fish in any reef tank.

But that’s not all… Z. flavescens is totally reef safe. This fish will even protect your corals by nibbling away various types of nuisance algae (e.g. hair algae). It is simple to house (so long as it has plenty of swimming space) and easy to feed (so long as vegetable matter is included in its diet). While it doesn’t always coexist with its own kind very well, it is generally peaceful in its interactions with other fishes.

With its many great attributes, it’s no wonder that this species has been so highly valued. Despite being quite common in the trade, the yellow tangs still reigns as one of the most popular marine ornamental fishes.

Still, every species has it’s weak spot. For the yellow tang, it is a high susceptibility to external parasitic infestations. For wild-caught aquarium specimens, the big threat is from Cryptocaryon ciliates (i.e. the so-called marine ich disease). Tangs in general and yellow tangs in particular are frequently referred to as “ich magnets” due to their ability to attract (and ultimately spread) these horrible (if not potentially deadly) pests. Wild yellow tangs have an additional susceptibility to Paravortex turbellarian flatworm infestations, which appear as little black dots across the animal’s body.

You would think that with the species’ importance in the trade/hobby and also the prevalence of disease (especially parasites) in wild specimens, it would be a huge target for aquaculture. You would be right, and it has been. However, the yellow tang turned out to be quite difficult to breed and rear under captive conditions. In all, it took nearly two decades of dedicated research to develop the techniques used to culture this fish. And, commercially produced aquarium specimens have only just recently become available to the public for the first time ever!

As is usually the case with captive bred animals, these aquacultured yellow tangs have proven to be hardier, more social and easier to ship than wild alternatives. And, significantly, they are markedly more resistant to the above mentioned parasites. Since they have lived their entire lives within the confines of a tank, it’s also reasonable to additionally assume that they are far more adaptable to life in the typical home aquarium.

Aquacultured yellow tangs from AlgaeBarn are yet more sound of a choice, as these specimens (like all AlgaeBarn livestock) are held and conditioned before shipment. While adult yellow tangs can reach of eight inches or more, these individuals are of a much more manageable size, being around two to three inches in length.

Zebrasoma flavescens occurs across the Pacific Ocean from Hawaii to Japan. It is not common everywhere throughout this range, but where it does occur it can be quite numerous. It prefers the shallow parts (2-46 meters) of coral reefs, where it sometimes forms large groups. This highly active herbivore spends most of the daylight hours grazing on whatever hair or turf algae it finds growing on the reef.

For all the reasons mentioned above and more (aquaculture is a sustainable choice!), one should start out by acquiring a captive bred, rather than wild-caught, specimen. Remember, the difference in price for the animal might be a few bucks, but the difference in aquarium adaptability can be huge. Avoiding even just a single disease outbreak, for example, is invaluable. 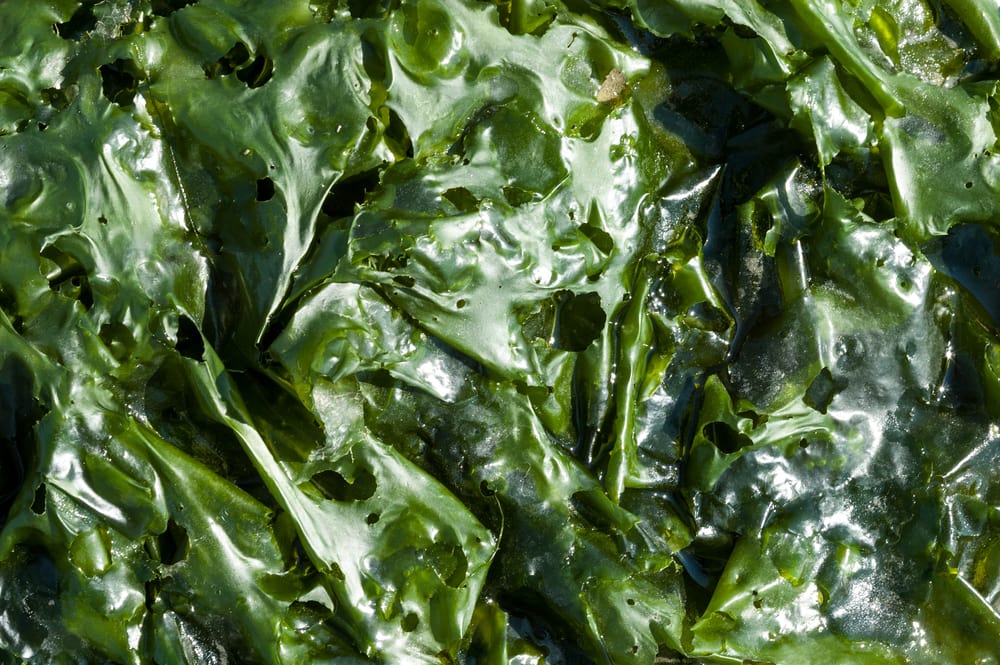 Yellow tangs are energetic and swim nonstop during daylight hours. Even captive bred individuals will appreciate a larger (especially longer) tank that has at least one big, open area. A minimum of 45 gallons or (better yet) 55 gallons of tank volume should be offered to a small, growing juvenile. No less than 90 gallons should be used to house a large adult. Except for the rare instance where a very large shoal can be maintained in a very large system, only a single yellow tang is recommended per tank.

Yellow tangs have a mainly vegetarian diet in the wild. Likewise, for the best nourishment in captivity, this fish should be fed items such as macroalgae daily. The old “freeze-dried nori on a clip” trick always works well. This allows the animal to graze in a more or less natural manner. Those aquarists who maintain a refugium full of lush, fast-growing macroalgae already have the best source of live food their fish could ever hope for. Some aquarists specifically cultivate extra-palatable types such as sea lettuce (Ulva) or ogo (Gracilaria) specifically with this purpose in mind. Fresh live macros, like most live foods in general, go the furthest to help ensure a healthy, colorful aquarium animal as they are richest in vitamins, pigments, fatty acids, etc.

And one last thing: Don’t worry if you see your tang go pale and seem “out of it” at night. It is likely just sleeping. While in deep sleep, some can fade to a light cream color!