You are here: Home / Captive Bred Fish / Is There Really a Difference Between Wild-Caught and Aquacultured Marine Aquarium Livestock?

Is There Really a Difference Between Wild-Caught and Aquacultured Marine Aquarium Livestock?

These days, when it comes to aquarium livestock (aquaculture or wild captured), marine aquarists are inundated with choice. Of course, a good deal of thought typically goes into the kinds of animals we will keep. Choice of animal species is certainly important; this not only determines the aesthetic character of the display, but also affects the amount/type of maintenance demand—that is, the keeper’s overall odds of long-term success. And, as many are now aware, it may even affect the natural environments from which these animals originate.

When it comes to selecting livestock and livestock sources, modern reef aquarists are increasingly placing a focus on mode of production. Here, the main distinction is between wild-caught and aquacultured (i.e. captive-bred) origin. Arguments for one side or the other generally involve direct husbandry comparisons between the two kinds of livestock. Some, however, additionally compare major environmental or socio-economic impacts brought about by each of these two subsectors of the ornamental fish trade.

Aquaculture: Room for Everybody

Pet industry analysts have estimated the global aquarium trade (including both aquacultured and wild livestock, and dry goods) to be fairly lucrative. At the retail level, the ornamental fish trade is worth over 10 billion USD with an average annual growth of 10+%. The entire industry (including aquaculture, livestock, tanks, accessories, foods, medications, etc.) is worth at least 18-20 billion USD. The demand for pet (i.e. for private use) aquarium livestock has grown so large that the public aquarium sector now claims less than 1% of the total global ornamental fish market.

Approximately 2,000 species (nearly equally divided between freshwater and saltwater species) can be found in the ornamental fish trade. However, the vast majority of individual specimens are freshwater and are usually commercially produced on large fish farms. To the contrary, over 90% of marine ornamentals are still derived from wild fisheries.

As many retailers and wholesalers would rightfully be quick to point out, the reef aquarium industry simply cannot be what it presently is without the availability of wild-caught specimens. Further, many proponents of wild-caught livestock contend that these fisheries provide much needed income in many poor island nations.

Indeed, only a handful of the hundreds or thousands of regularly traded species is currently available as captive-bred. This is primarily a consequence of the generally more complicated culture of marine animals. Even where commercial production is feasible, higher production costs can make competition with cheaper wild-caught alternatives challenging.

Even so, new marine ornamental species are being put into commercial production each year. This steady uptick is being driven at least partly by a growing concern about ecological impacts at the supply side of the wild animal trade. Consumers have grown well aware that populations of wild coral reef animals are not limitless nor are their native habitats imperishable. Major complaints include (1) over-collecting, (2) incidental destruction of reef habitat and (3) high rates of reef-to-retail mortality.

Too Much of a Good Thing 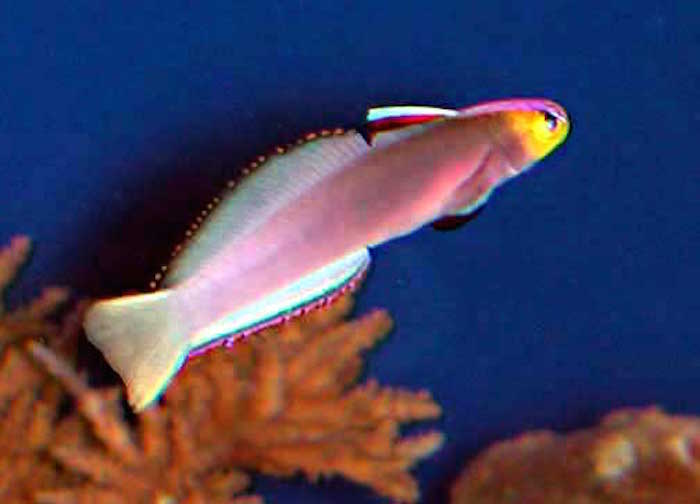 Over-collecting has already been implicated as a threat to some species. It all follows simple economic principles; abundant species tend to be inexpensive while scarce species tend to be pricey. A kind of gold rush oftentimes follows a spike in demand for a particular (oftentimes rare or “unusual”) species. Demand for these species can easily exceed the naturally sustainable supply. Particularly if the species occurs only in a small locale, intensive fishing can quickly become a serious threat.

But even a sufficiently large harvest of a seemingly limitless species can have ecological consequences. Popularly known as “clean-up crew animals,” many small invertebrate herbivores (i.e. hermit crabs, snails, shrimps, etc.) are heavily exploited for the aquarium trade. Researchers have suggested that where these creatures are over-collected, reefs can potentially become overgrown by benthic algae. Additionally, removing huge numbers of these animals can lead to a reduction in the numbers of their predators and other species down the food chain.

Aside from just taking animals, ornamental fish collectors have been accused of degrading the coral reef habitats they leave behind. This includes physical damage to the reef structure itself, as well as contamination by certain substances.

Some collectors are known to use toxic chemicals (e.g. sodium cyanide) in order to stun fish and thus ease their capture. These chemicals are harmful not only to the fish but also to its local environment. The practice is said to persist even in major export countries such as the Philippines and Indonesia.

Most wild-caught aquarium fish deaths occur in the period of time between capture and arrival at a retailer. Depending upon harvest and holding/transport logistics, recently collected product may spend anywhere from days to weeks in limbo before arrival at an importing/distribution facility.

As it is brought to market, newly captured marinelife may be physically injured, starved, subjected to fluctuating temperatures or held in water of poor quality. In some cases, animals might be exposed to harsh anti-bacterial and anti-parasitic medications.

The number of links in the supply chain is determined by factors such as species origin and distance to market. After being consolidated at a fishing “camp,” each day’s catch is sorted and counted. In some cases, a sort of middleman will pick up and hold product until moving it to a larger holding facility. The animals are eventually re-sorted, repackaged and shipped by plane to major distribution centers across the globe. Then, they might only have one or two more flights to go…

Today’s market-driven product quality/sustainability standards affect (at least to some extent) collectors’ behaviors. Guaranteed net-only capture methods have become more desirable amongst market-savvy importers. Indeed, several big players in the industry have put forth their own guidelines for animal harvest/handling. As a consequence, exporter-to-importer post-shipment mortality is reportedly under 5%.

Sustainable sources of wild aquarium livestock have become (with good reason) quite preferable. A wild fishery of reef species should only be considered to be sustainable and non-destructive if:

Because these methods reduce consumer demand for wild-caught specimens, it is widely credited for reducing pressure on wild populations. The aquaculture of marine aquarium livestock has proven to be economically and environmentally sound. Farm-to-retail shipping and holding losses are typically quite low. Additionally, consumers can always be assured that cultured animals have not been exposed to toxic chemicals such as cyanide. But the list of benefits does not end there.

For the end-user, the husbandry of livestock is comparatively simple. In most cases, aquacultured animals are much hardier, are less likely to carry diseases, and are easier to acclimate. Because they have been grown out on prepared diets, captive-bred animals will quickly learn to accept most new foods. Cultured fish are even said to be less aggressive than their wild counterparts.

At AlgaeBarn, we are always happy to hear from our customers and we often are asked a lot of questions about husbandry. Sometimes, we will see a trend in