They may look the same, but captive bred and wild-caught Green Mandarin Dragonets are different for many reasons. When it comes down to deciding which is better, the captive-bred kind is definitely it. Keep reading to find out why. 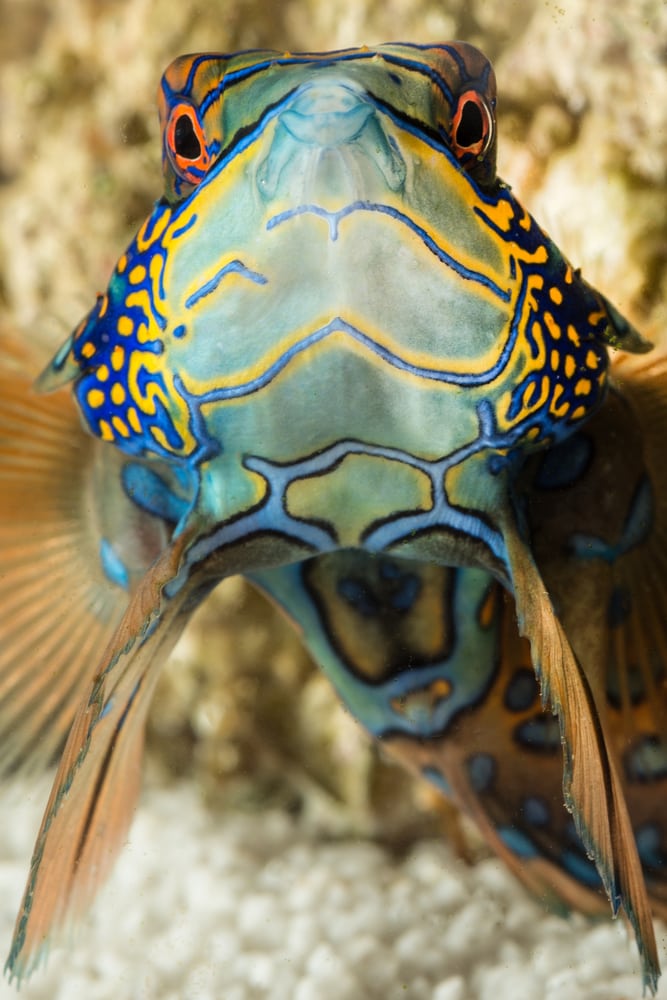 The biggest difference between captive-bred Green Mandarin Dragonets and specimens that are collected from the ocean in the wild is the dietary needs of the fish. In the wild, Mandarins feed off of small crustaceans or creatures, such as snail eggs, small shrimp, and copepods. Of these, they mainly eat copepods, which is good because those are available to the hobbyists of the reef aquarium hobby. The issue with this is in an aquarium we are limited to only feeding them copepods. It is possible to train wild caught dragonets to eat other foods, but it does not always happen or prove to be successful. A percentage of wild-caught dragonets will stop eating altogether and will perish within days of being in an aquarium as a result.

Captive-bred or aquacultured Mandarins either already eat frozen food or will easily be trained. These fish are born and raised in captivity so that when they are put into a hobbyist’s aquarium they will easily adapt to it. Being able to feed frozen brine or mysis is very beneficial, as it gives more options for food for your Green Mandarin, especially if the copepod population in your tank is low. Some may even eat dry foods such as pellets.

As diet being the most significant point of difficulty in terms of caring for a Green Mandarin Dragonet, it is important that it will eat what can feasibly be fed to it. That being said, this concern is only one of the reasons why captive-bred mandarins are more preferable over the wild-caught kind.

It is not certain how Green Mandarins are collected, but there is a possibility they are collected in a very inhumane way. 90%  of wild-caught fish are collected using a highly toxic chemical called sodium cyanide. Fish collectors use this chemical to stun fish and make them easier to catch.

The fish suffers a violent experience when it is sprayed with this chemical. It goes into shock and cannot swim or breathe, or it dies from the effects. If the fish survives, it is collected by a diver and is shipped to an aquarium store where it either dies from all the stress or possibly lives, although stressed out. The fish is then bought by a hobbyist who will proceed to put the chemically infected fish in their aquarium and watch as it struggles. Depending on the care the fish receives, it may die or it could live on.

No one can say for sure if the Green Mandarin Dragonet at your local fish store was collected using cyanide, but it is guaranteed that captive bred fish are chemical free and healthy.

Along with the nasty things that happen to wild-caught fish, there are also negatives impacts on the ecosystem the fish is coming from. When the cyanide is sprayed, it not only gets on the targeted fish but everything around it. Corals are the majority of this surrounding. When cyanide gets on corals it kills the zooxanthellae algae inside of them, causing them to bleach out and die.

These are just more reasons why you should buy captive bred fish, such as the Biota Captive Bred Green Mandarin Dragonet from Algae Barn, instead of wild-caught fish.

Anyone can agree that the Green Mandarin Dragonet is one of the most beautiful and colorful saltwater fish. This makes it very sought after, which results in these fish becoming over collections. The population of Green Mandarins is threatened in the wilderness of the ocean. Their population decreases more over time and will most likely continue to. They are taken from the natural habitat only to be put into a hobbyist aquarium to starve and possibly die. On the other hand, captive-bred Mandarin Dragonets are bred and raised captivity, meaning they do not come from the ocean. They are trained to eat frozen and have easier care requirements. Buying a Biota Captive Bred Green Mandarin Dragonet from Algae Barn does not harm the wild population and it has a high chance of thriving and living healthy in an aquarium.

Price of A Green Mandarin

Let’s face it. Aquacultured fish, including the Green Mandarin, are much more expensive, but before you let price determine if wild-caught is the way to go, there are few questions that should 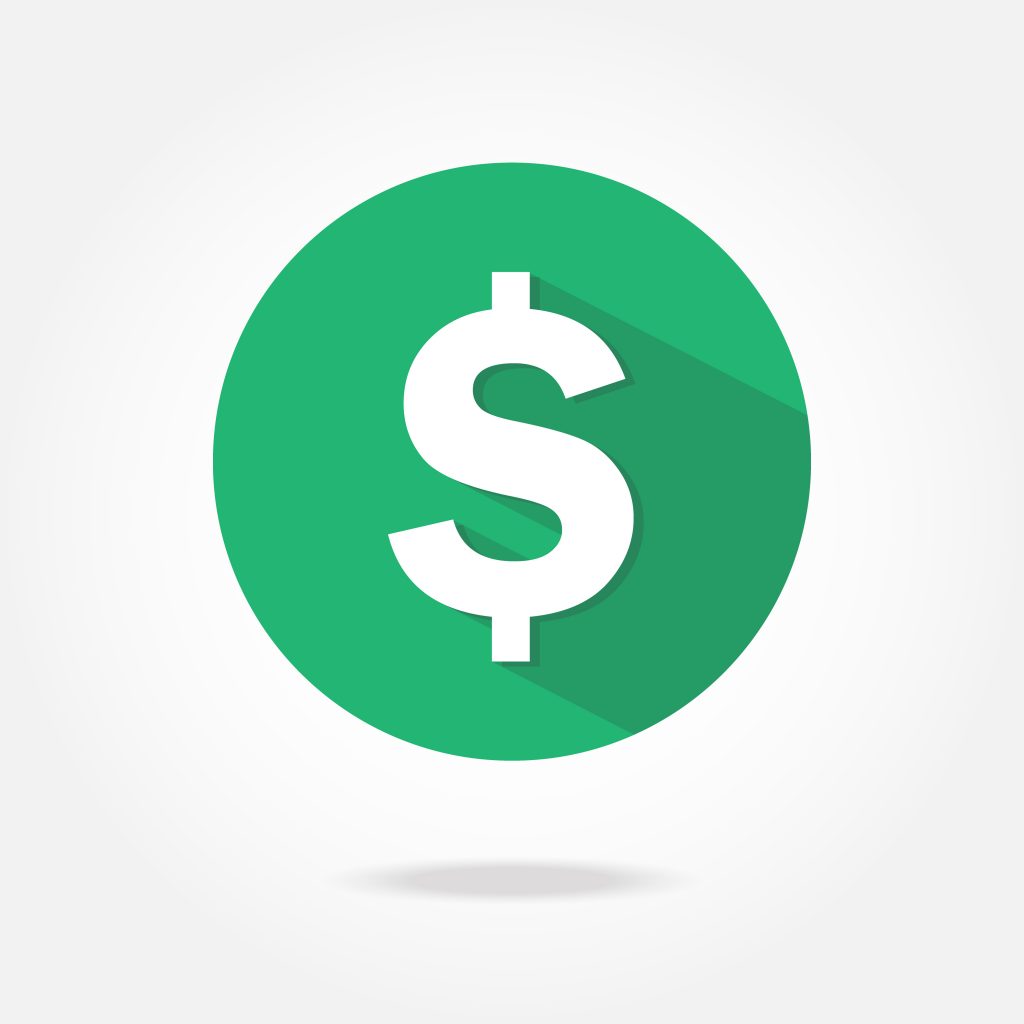 First, they are so much more expensive than wild-caught mandarins because of the amount of time and money it takes to breed, raise, and ensure their health before they are sold. It is much easier and cheaper to go into the ocean, collect some fish, ship them, and sell them opposed to having them aquacultured.

Next, it is worth the extra cost. When you consider that your wild caught mandarin has a much higher chance of not thriving in your aquarium and dying, it makes a little bit more sense. When you are frustrated that your new dragonet will not eat the frozen food you are feeding, nor the copepods in your tank, it will make more sense then too. Also, think of a scenario in which no one buys captive-bred Green Mandarin Dragonets. First, the breeders would stop breeding them and they would no longer be sold. Then the wild ones will be so over collected that the trade of these fish will be lost. Then at the point, nobody will be able to obtain these stunning fish. So, yes. It is very much worth it.

Lastly, let talk about shipping concerns. It is understandable that one would be doubtful when purchasing a captive bred with fear that the fish will die in transit or not arrive successfully. This doubt should not stop you from buying a new healthy Green Mandarin Dragonet, as Algae Barn offers a 100% alive on arrival guarantee.

“Every Captive Bred Green Mandarin Dragonet we sell comes with a 100% Alive On Arrival Guarantee and a 7 Day Health Guarantee. We make sure all fish are healthy and eating during a observation and conditioning period before offering them for sale. We will not sell a fish we wouldn’t buy ourselves.”-Algae Barn

So, what’s stopping you?  Treat yourself to a marvelous captive bred Green Mandarin Dragonet.