You are here: Home / Captive Bred Fish / Damselfish / A Look at the Orangetail Damselfish (Chrysiptera Parasema)

Damselfishes (Family Pomacentridae) like the orangetail damselfish have been heavily favored by marine aquarists ever since there was a thing called a marine aquarium. There are plenty of reasons for this lasting popularity. First and foremost, damsels are among the hardiest of saltwater aquarium fishes. They are usually brightly colored and remain quite small in size. And, in most cases, they are totally reef-safe. In fact, they were used very often in the past as a sturdy “starter fish” to cycle new systems. (For the animals’ well being, we instead suggest fish-less cycling with dry base rock and live bacterial products).

The orangetail damselfish is certainly among the most popular damsel species. Certainly this owes at least in part to its neon blue body and bright yellow tail. It is also available for a fairly low price. Due to its toughness, it is frequently recommended for beginners as a way to gain some familiarity with keeping reef fishes. Interestingly, in more recent times it has become a popular substitute for Dory, the blue tang featured in the animated film Finding Nemo.

Natural History of the Orangetail Damselfish 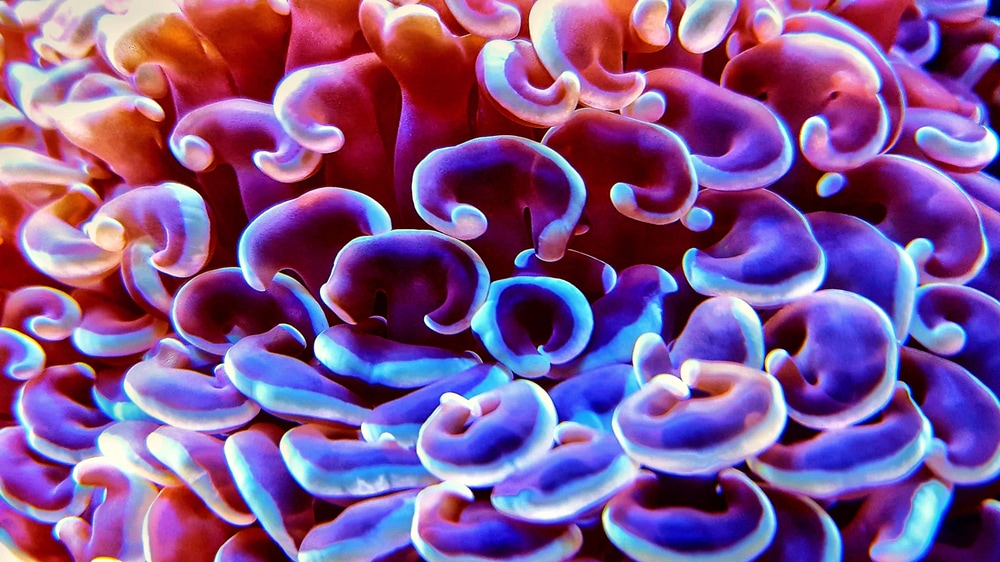 It is a rather small fish, only reaching a modest three inches in length. It is indeed very, very blue–of course with a yellow tail. Particularly in specimens originating from Papua New Guinea, this bright yellowish pigmentation can reach up to the back of the dorsal and anal fins; in some cases it can extend to the pelvic and/or pectoral fins. The faces, backs or bellies of the species, on the other hand, are always completely blue (a yellow nose or chin indicates that the fish is a blue devil damsel (Chrysiptera cyanea), while a yellow belly indicates that it is an azure damsel (Chrysiptera hemicyanea)). As juveniles, they are bright blue overall with pale polka-dots and yellow tail; adults are quite similar except that the spotting is lost.

Based solely upon color and morphology, it is very difficult to sex this species. As a rule of thumb, males are usually a bit bigger and more slender. Males might also reveal their sex through behavior, as they tend to act more aggressively towards females (especially when ready to breed). As males guard the eggs, they are yet more aggressive while protecting a brood. Females will lay around 300 eggs. Many of the eggs are preyed on by animals ranging from brittle stars to small wrasses. The surviving eggs hatch within 96 hours, typically a few hours after sundown. The species might spawn regularly in aquaria. Nevertheless, because of the damselfishes tiny size, they are extremely challenging to grow out. As a matter of fact, the species has only recently become commercially available as captive bred!

The orangetail damselfish most commonly occurs in Florida and the Caribbean including the Key Largo, the Bahamas and the Cayman Islands. It forms large gatherings near branching corals in sheltered lagoons or inshore reefs at 3–52 feet (1–16 meters) depth. Juveniles are especially fond of fire coral. 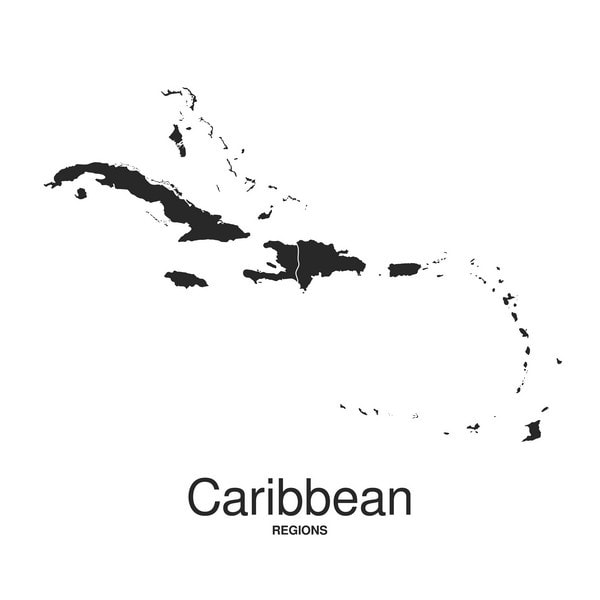 While damselfishes are usually pretty small, they like to command huge territories which they guard tenaciously (divers sometimes are astounded by the ferocity of attacks made by these feisty little guys). Luckily, the orangetail damselfish is one of the most peaceful members of its family and so can go into most tanks with most tankmates. If anything, it is a bit nervous as it is heavily preyed on in the wild.

A tank size of thirty gallons provides the minimum space required for this fish (singly). The aquascape should be very rocky with countless little cracks and caves to hide in.

Cohabitants would be best described as “semi-aggressive” (clownfishes, hawkfishes, basslets, tangs, dwarf angels, etc.). Even so, they might pick on the more passive fish in an aquarium (e.g. gobies, firefishes, etc.). It also can become territorial in the presence of conspecifics. They seem to be most combative when kept singly and thus are best kept in small groups (6-12 or more).

Whether stocking the orangetail damsel as an individual or as a group, introduce this species into your tank only after all other tankmates have been added. This helps to limit territorial aggression on the part of the damsel. So there you have it! If used in a properly aquascaped tank, with appropriate tankmates and introduced to the community dead last, C. parasema adds loads of color and activity for little investment of money or maintenance. Really, these captive bred specimens have got to be among the hardiest of any marine aquarium fish ever offered in the trade. Best of all, though they are small, they have the lifespan of the average damselfish (around five years) and can survive in captivity for as long as fifteen years. It’s pretty safe to say that the species will remain popular well into the future!
[CFish]