Across all organisms on Earth, disease is a large factor in preventing the successful survival of creatures. Fish in the saltwater aquarium hobby are no exception to this. It is not rare to see a whole aquarium system devoured by a disease. You will often see fishes at the place you buy your fish infected with these diseases. Of course, these diseases are a nuisance to all hobbyist and it is important to understand how they function when trying to resolve an issue with them. 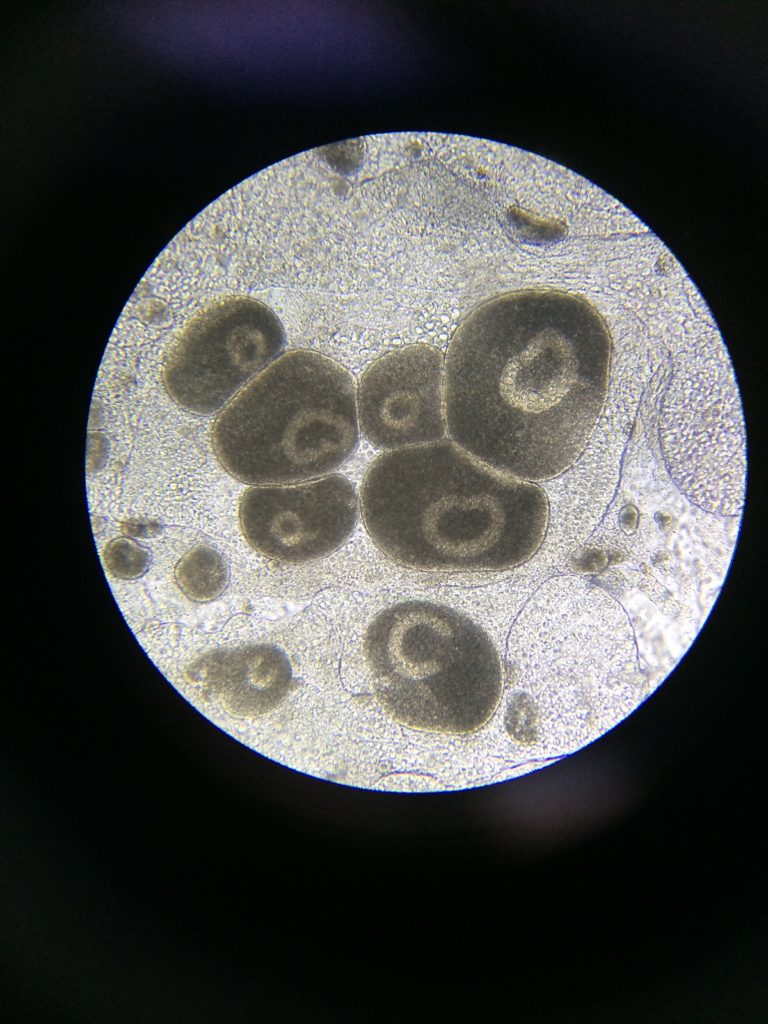 cryptocaryon irritans) is one of the most common diseases within the saltwater aquarium hobby. This disease can be described as white dots or bumps that appear on the scales or outside of a fish. When it comes to appearance, it looks very similar to Marine Velvet, although is very different. Ich is generally called the common cold of aquarium fish, but if it is not treated or addressed, it can kill a fish or whole group of fish.

Fish are first infected by the free-floating stage of Ich called Theronts. The parasite finds a fish to host it so it can feed off the flesh of the fish. At this point, it is called a Trophont. It spends three to nine days feeding of the fish by burrowing into the flesh of the fish and consuming it. This causes major damage and is also the stage that can be seen as white spots on the fish. After the three to nine days, the white spots, which are parasitic cysts, release and go towards the surface of the substrate within the tank or environment. At this stage, the parasite is known as a Protomont. Once it attaches to the substrate it is known as a Tomont. Then the Tomont spawns 200 to 1,000 cells called Tomites after 3-72 days. The Tomites then become Theronts once they become free floating. They have 48 hours to find a host before they die of starvation. The free floating stage is the stage in which medication will be effective. Knowing this information and that a complete ich cycle takes about two weeks, you can plan your quarantine setup and time accordingly.

It is key to recognize how the disease could enter a tank or become apparent in a tank to prevent ich from affecting your aquarium. Ich can enter through an infected specimen, which is the most obvious possibility but is commonly pushed aside by beginners.

Imagine a scenario where you have a beautiful group of five to eight fish in your tank and you decide you need one more fish. You research the fish and make sure it is compatible with your system and other inhabitants. You determine this fish will do great in your tank, so you go to the local fish store and you find the fish you want. You look at the fish for a couple of seconds and tell the employee you will buy it. Then, you proceed to take the fish home and acclimate it to your tank. After a good fifteen-minute acclimation process, the new addition is put into your aquarium. Now if you do not see the mistakes in this situation, that is an issue. One mistake was not closely examining the fish before buying it to make sure it appears to be healthy. The next mistake was not quarantining the fish or dipping it. Now this fish could enter the tank as a diseased fish because it was not treated or examined. Eventually, you start to see your fish show white spots all over them and after some time without treatment, potentially all of you fish have diminished. This is the most likely way ich or any disease or pest can enter a system. Of course, there are other factors that promote ich, like temperature, but this is the largest area of concern.

Now, why is it that fish at found fish stores or pet shops so commonly have diseases? The simple answer is stress. Stressed fish have weakened immune systems, therefore ich can easily infect them. Fish commonly become stressed during transport or being introduced to a new tank. These fish coming from the ocean most likely have ich and other diseases, but they are not susceptible until they become stressed. They become stressed, their immune systems deplete, and then they are infected.

Treatment for ich is simple. You can quarantine your fish with medication, do freshwater dips, or a combination of both. There are methods to treat an already infected tank, but it is best to avoid it from the start to keep you and your fish from further stress. 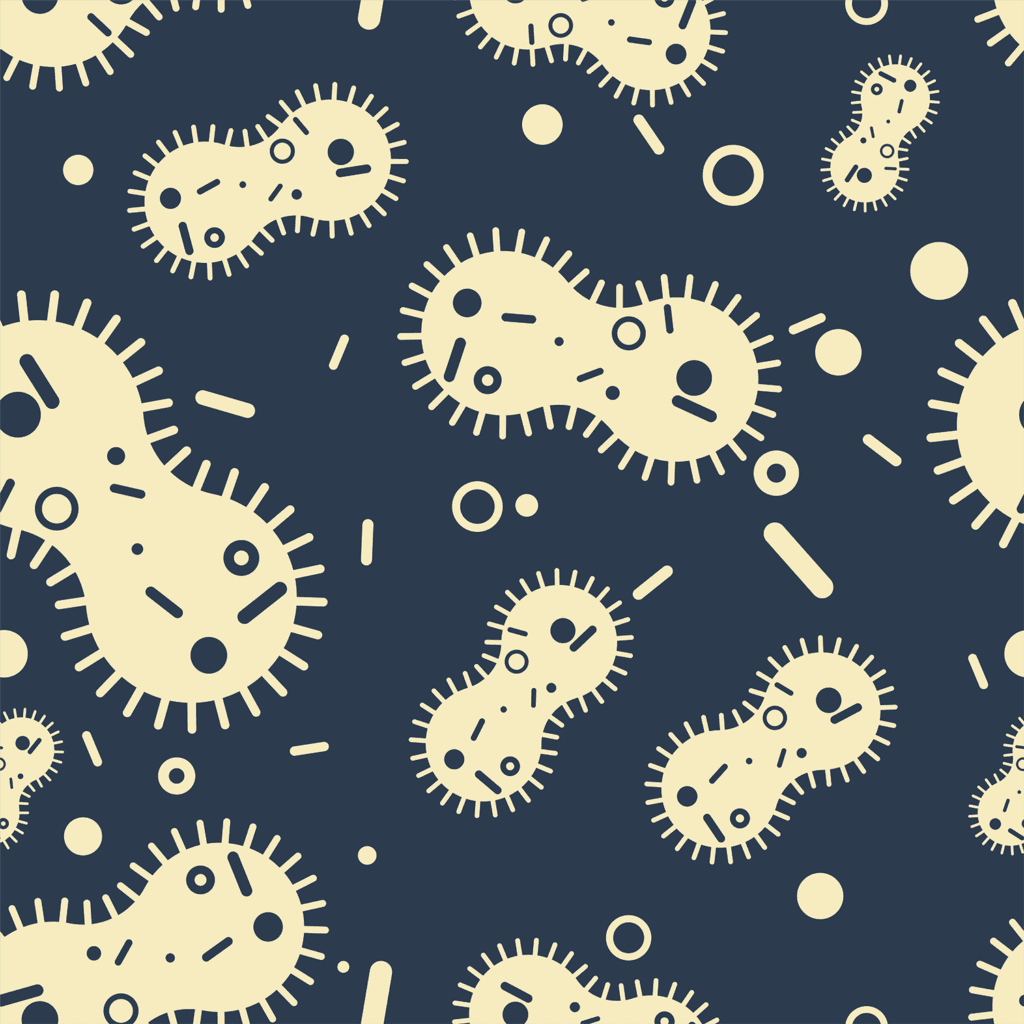 It looks like ich but is much more lethal. Marine Velvet (Amyloodinium ocellatum) is like the much more deadly and more contagious version of ich. It is like the fish form of human leprosy. Marine velvet spreads faster and kills faster, as well is much more difficult to treat.

First, the Marine Velvet life cycle is very similar to that of the ich life cycle. The main difference is that the reproduction and cell division cell is all done while the parasite is on the fish. The reproduction happens within the cysts on the fish and then a free floating form is simply released to find a host to repeat the process. What makes Marine Velvet more dangerous is the faster reproduction time and fewer stages. This allows the disease to spread from fish to fish at a faster rate than ich would. Marine Velvet is also hardy, in comparison to ich, and can penetrate a fish’s slime coat easier, which makes the disease more deadly. This disease can easily wipe out a whole aquarium of fish in a fairly short amount of time.

Marine Velvet can enter a saltwater aquarium the same way ich can; through the introduction of a new fish. While, fish can build a tolerance to ich, they cannot with Marine Velvet. If it is in your tank, one of your fish will most definitely get it and soon they all will, if not treated. The best thing to do is to prevent it at all cost.

Marine Velvet can be treated by copper in a quarantine setup. Note that copper will kill all and every type of invertebrate or crustacean in the system it is applied to, including shrimps, crabs, corals, and snails. Marine Velvet and Ich are both types of crustaceous parasites, which explains why copper is effective in killing them. Also note that copper can kill your fish if you do dose too much. Avoid this by following the instruction found on the label of the bottle or container the copper comes in.

Tangs are notorious for being the most susceptible to ich, which they are. If you will only quarantine or treat one kind of fish, it should be tangs. They do well with copper medication and a well set up quarantine system. These fish should be number one on your “to quarantine” list. There are though, fish that you cannot quarantine or treat with copper. For this reason, t is important to be sure you research the fish you are going to buy to be sure it will not have any issues with your method of disease prevention.

Marine Velvet and Ich are the most recurring diseases within the saltwater aquarium hobby. Although they are very similar, Marine Velvet is much more detrimental. With an unabridged understanding about the disease, they can both be treated and prevented.