You are here: Home / Beginners Education / Aquarium Design / Your Reef Tank by Moonlight

In case you haven’t heard, lighting is a pretty important feature of a reef aquarium. This is understandable considering that the main feature of reef aquaria, zooxanthellate corals, require rather intense light to survive. So, just as so many aquarists endeavor to imitate nature in general, they specifically attempt to replicate natural sunlight with their lighting units. And as a result, modern aquarium lighting technology has gotten to be pretty impressive. For sure, it’s hard to imagine how the now-commonplace farming of corals would be possible without them.

But sunlight is not the only source of natural illumination on Earth. Moonlight also has a huge influence on a coral reef. Yes, moonlight is only reflected sunlight. And yes, it is tens of thousands of times weaker than direct sunlight. It is, for example, way too weak to promote photosynthesis. It certainly doesn’t penetrate very deeply into seawater. Even so, the moonlight of average intensity is just bright enough to affect animal behavior. It even keeps sleepy diurnal fish from getting spooked out in the dark. In this capacity, it serves as a big environmental signal. Lumen for lumen, changes in moonlight intensity (particularly during lunar cycles) can similarly have a massive influence on captive systems. 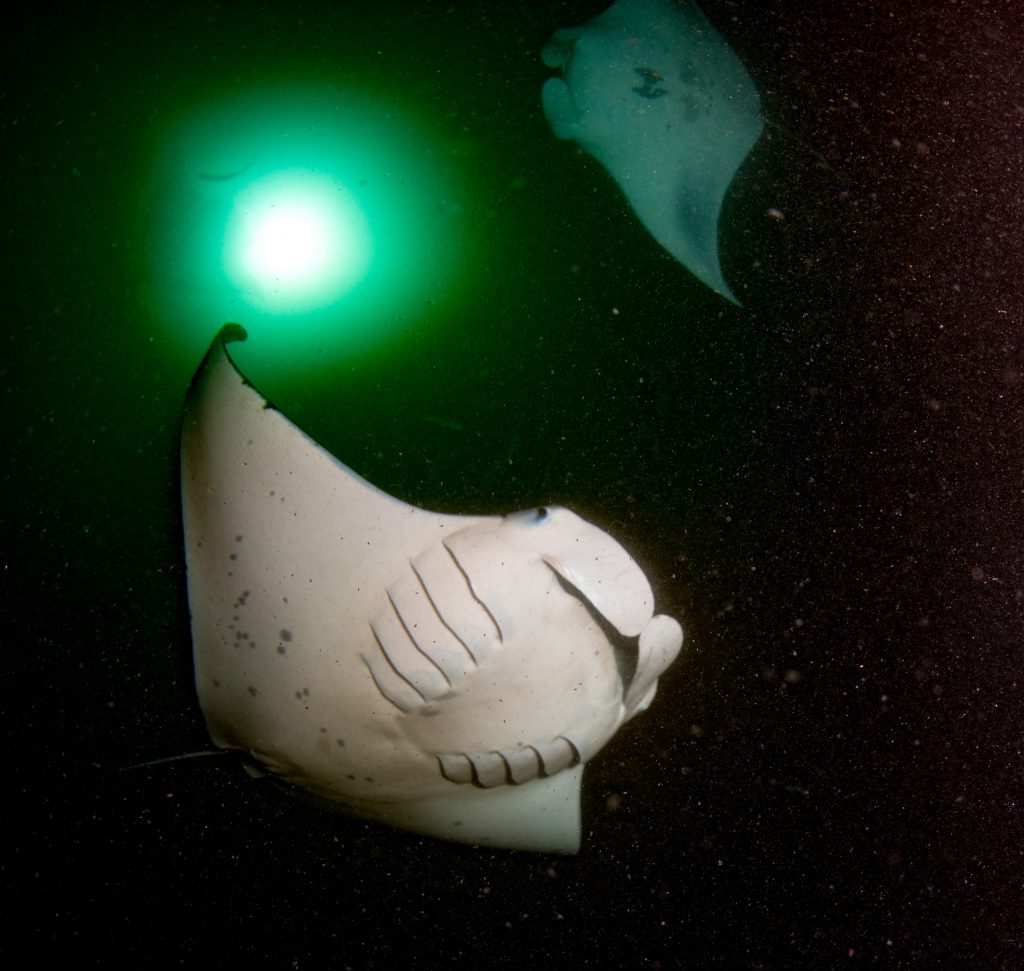 Moonlight intensity changes nightly with the Earth’s relative position with the Sun and Moon. Changes in gravitational forces between these bodies create the tides. As such, many animals are capable of anticipating tidal activity through their sensitivity to slight, nightly changes in moonlight intensity. This amazing ability allows some species to synchronize their spawning events. It significantly increases the odds of fertilization and also schedules the event in such a way that the tidal currents transport the larvae out to the relative security of the open waters.

Certain small, specialized lighting units, designed to mimic moonlight, generate a low-intensity, usually blue light. These have been available for quite a while—for about as long as LED technology has been widely available. More recently, features built into the “main” light fixture are pre-programmed for this purpose. Internal timers in higher-end dimmable LED units are equipped to produce fairly realistic lunar cycle schemes. These certainly are not the bulky and hot incandescent bulb fixtures of yesteryear!

One doesn’t necessarily need moonlight. If truth be told, it is surprisingly easy to overdo moonlight intensity. Depending upon factors such as diode wattage, water depth, turbidity, water surface reflection, etc., even a single one-watt LED moonlight can be excessively intense. Some are bright enough to scare many nocturnal creatures back into hiding! As a general rule, it is way too bright if you can read by your moonlight at night with all other lights off. Seriously.

Because moonlight intensity changes night after night, there is no perfect light level. Just know that even during a simulated full moon, you should barely be able to see to the backside of the tank. Less is often better here. If the moonlight seems too bright, and there is no means of dimming the unit, then increasing its distance from the water surface is the best fix. It may also be possible to dim beam with a light diffusor, an opaque glass or plastic sheet, etc. 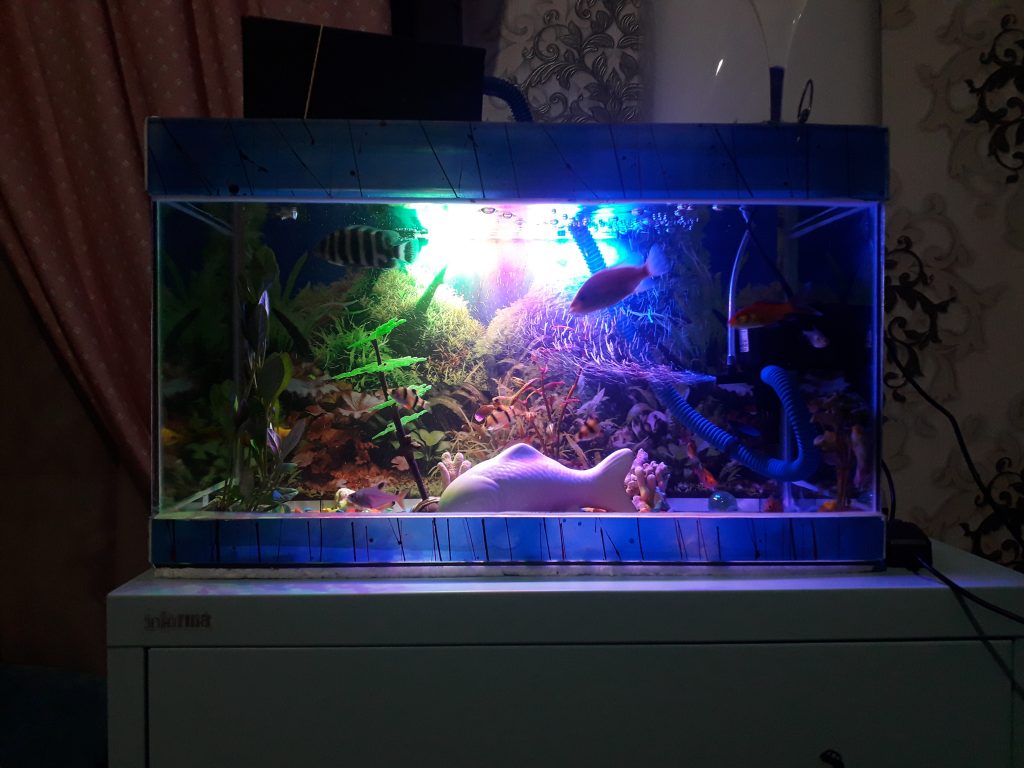 Though moonlight appears as bluish-silver to our eyes, it is in fact a bit more on the red side than midday sunshine. Aquarium lighting manufacturers tend to appease hobbyists by designing their moonlights to emit mainly bluish light (aquarists commonly install their first moonlight specifically to cause their corals and clams to fluoresce at night). These spectra do not seem to stress corals nor clams in any way; however, they may be unnatural or even confusing for many nocturnal faunae. These models might also fail to fully promote normal biological responses. The best artificial moonlight is of typical (albeit much less intense) “daylight” spectra.

Moonlight adds another dimension to the aquarium habitat, whether over a small nano-reef or a gigantic public exhibit. Aside from providing an overall more natural and dynamic nocturnal environment, it allows the aquarist to observe the tank’s otherwise shadowy interior late into the night. Specific benefits are many. For one, moonlights obviously provide nocturnal animals just enough illumination to aid in nighttime foraging activities such as feeding. But they also offer comfort to nervous diurnal species that can panic in total darkness. They can even help (when programmed to follow natural lunar cycles) to regulate animals’ biological clocks. And yes, they can really make a tank look cool in the eve.

Especially if your livestock list includes nocturnal/crepuscular fish or invert species, moonlights can make your nighttime display come alive. Whether as dedicated units or integrated into the main fixture, they exert a big positive effect on the health and behavior of your livestock while enhancing your nightly aquarium viewing!