You are here: Home / Advanced Education / A Closer Look at Carotenoid Pigments

Meeting the dietary requirements of a reef aquarium–a delicate microcosm filled with diverse organisms with varied nutritional needs–can be a daunting task. One might find it hard enough just to provide the right balance of those basic components: Carbohydrates, lipids and proteins. But then there are all those other things to concern yourself with, such as amino acids, omega fatty acids, vitamins, minerals, even roughage. Is it worth going the extra mile to ensure you’re additionally providing carotenoids?

The simple answer to that is yes. Certain carotenoid substances are highly beneficial, if not essential, in the diets of countless marine animals. In many instances, they not only improve health but also naturally slow the process of aging (essentially extending lifespan).

Unfortunately, many commonly used aquarium food items (though they may be rich in other essential nutrients) are lacking in carotenoids. Some of these items may be available as enriched with synthetic or extracted forms but are generally quite pricey as carotenoid additives themselves can be worth their weight in gold. Fortunately, these precious substance are already naturally abundant in a few types of wholesome and reasonably obtainable live aquarium foods. 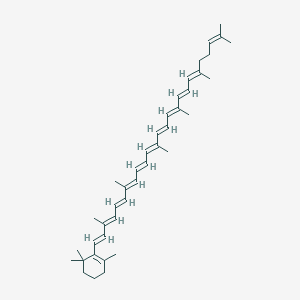 Carotenoids may be produced from basic organic metabolic building blocks (including fats). All carotenoids are derived from tetraterpenes (i.e. produced from 40 carbon atoms and eight isoprene molecules). Ultimately, they can be categorized into two distinct groups: The unoxygenated carotenes (e.g. β-carotene and lycopene) and the oxygen-containing xanthophylls (e.g. astaxanthin and zeaxanthin).

Carotenoids are synthesized by plants, algae, photosynthetic bacteria and a handful of fungi. They cannot be synthesized by animals. Rather, animals must obtain a sufficient amount of carotenoids in their diets. Carnivorous animals obtain the compounds entirely from other animals’ fat stores. What this means is that a tiny primary producer such as phytoplankton makes the carotenoid, which is then passed up the food chain by a primary consumer such as a copepod, and then to a small fish, and then larger fish, and so on.

Certainly, no single organism can synthesize all of the many types of carotenoid. Phytoplankton, for example, can produce many xanthophylls found in terrestrial plants (zeaxanthin, lutein, antheraxanthin, etc.) as well as various pigments specific to algae, cyanobacteria and some fungi (astaxanthin, diatoxanthin, fucoxanthin, etc.). But some carotenoids are synthesized only by certain algal classes (fucoxanthin occurs in diatoms and phaeophytes, peridinin in dinoflagellates, etc.).

Interestingly, carotenoids can perform opposite functions in the same processes. During photosynthesis in low light, they capture and transfer energy from photons to the chlorophyll. On the other hand, in extremely bright light, they accept and dissipate excess energy from chlorophyll (thereby protecting the photosynthetic machinery from damage). They additionally neutralize free radicals and dangerously reactive oxygen species. These antioxidant properties are enjoyed not just by the algae, but also by the animals that incorporate them along the food chain.

Via macroalgae, phytoplankton and bacterioplankton

Aquarists grow macroalgae and “dose” live phytoplankton and bacterioplankton for a number of good reasons. Firstly, all three present an effective, safe and natural means of sequestering excess nutrients (such as nitrate and phosphate) to promote animal health and control the growth of nuisance film, turf and hair algae. Secondly, all three provide a nutritious live food source for herbivores and algivorous filter-filters respectively. 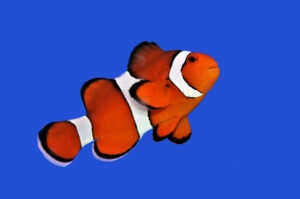 Just as multi-species phyto products can offer a more comprehensive profile for amino acids, fats, etc., they offer a much great range of carotenoids. This is why the four-species blend in OceanMagik (which includes both green microalgae and diatoms) is so special. Each species brings its own mix of carotenoid substances to the table! Add a lycopene-rich bacterium such as that in PNS ProBio and you’re off to a good start towards providing the antioxidants and color-enhancers your reef animals need to look and feel amazing.

Similarly, a mix of macroalgae helps to augment the dietary intake of carotenoids for your herbivores such as sea urchins, certain crabs and many fishes (tangs, rabbitfish, pomacanthid angelfish, etc.). A good mix would represent both green and red varieties (Ulva and Gracilaria, for example).

We typically think about carotenoids only as color enhancers. And they are. For example, it’s pretty much established now that clownfish pale when deprived of astaxanthin. But carotenoids likely influence animal health in many other, more critical, aspects ranging from vision to immunity. Many more reasons to keep that phyto flowing!