Although you can have outstanding success with hang-on-the-back equipment, most aquariums utilize a filtration section of some kind. Using a sump is the most popular method. Creating the overflow system is a significant aspect of planning an aquarium with a sump. This shouldn’t be news, but if it is, that’s okay! This article will discuss overflows and the different ways you can use them. 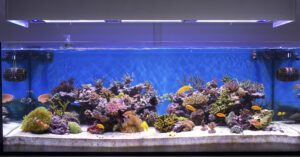 Aquariums from major producers are getting closer to being proper “all-in-one” systems. They come with a lot more than they used to. There was a time when most aquariums came with only the tank and the stand. Over time, producers began to include sumps, plumbing, covers, and even auto-top-off reservoirs. In case you’re wondering, CADE Aquariums provide all these things. Also, most of these tanks are pre-drilled and come with an overflow box. Why should we bother talking about overflow styles if this is the case?

First, numerous options, such as the classic 40-gallon breeder, need drilling. While this tank is nowhere near as equipped as a CADE and lacks a certain elegance; it is still an excellent option for reefers on a budget. It is also important to know this info when buying used aquariums. The seller might have set the tank up differently than the ideal way for you.

Before we talk about the different styles, there are a few essential things to consider. I know you want to learn about those different styles, but this information is important too. Let’s establish what you want from your reef tank. Do you want this tank to be super quiet, or does noise not matter? Are you going to use a sump or hang-on-the-back equipment? Do you want an internal or external overflow box? These are all things you need to determine. Like many things in this hobby, there is no right or wrong way. However, some paths are more likely to lead you where you want to be. 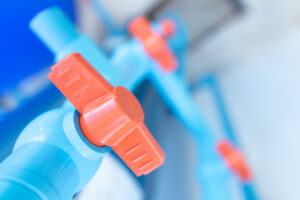 If you have an aquarium with a filtration system in the back (sumpless), you don’t have to worry about overflow styles. However, if you are still deciding between using a sump or not, you should give serious consideration to using a sump. Some hobbyists avoid sumps because they seem too complex. They become overwhelmed by the different overflow styles. Don’t worry. We’ll break it down for you.

Sumps are the most popular filtration method because of their versatility, easy access, and easy cleaning. Sumps make it easier for hobbyists to achieve their goals. Even if you might want a sump in the future, it is better to buy that system now instead of upgrading later.  Let’s say you’ve decided to use a sump. The next thing you need to determine is which overflow box to use. Most aquariums have an internal overflow box that takes up a corner or section of the tank. However, if you already have an aquarium without an overflow, you need to decide which of the two you want. Internal overflow boxes take up more space in the tank and are much more challenging to install. External overflow boxes take up less space and are easier to install, but they might not look as elegant from the outside.

Another thing to determine is how much drilling you are willing to do. Considering these things will help you determine which overflow style is best for you. 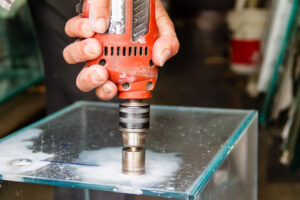 Now we are getting into the good stuff. We are starting with the Durso overflow. This is the most basic form of overflow because it only requires one hole in the bottom of the overflow box. The Durso standpipe is a single pipe with a tee fitting and a cap on top. The cap has a hole for an air vent. This will prevent a siphon from forming in the pipe. On the tee fitting is a 90-degree elbow that is angled down. This method is significantly quieter than an overflow that is just a pipe. The water would create a siphon and make an obnoxious sucking noise in this situation. This is the easiest method. It is excellent for those who don’t care about noise. Yes, it is quieter than a stand-alone pipe, but it is still noisy compared to the other two methods.

The other downside is that this overflow can only be adjusted by changing the flow of the return pump. In the rare situation you use an A/C pump, that means no adjustments. Even if you use a D/C pump, you must greatly slow your flow rate until the overflow becomes quiet enough. Even then, it is still somewhat noisy. Another downside is that this method has no fail-safe. Redundancy and backups are important in this hobby because we deal with unpredictable circumstances. It is out of your control if a snail somehow gets into the pipe. If the tube gets clogged, there is nowhere for the water to go. How could this end?  Even though the pipe is clogged, the pump will continue pumping water. Two things will happen. First, the water level in your sump will lower, which will cause your ATO to activate. Second, the pump will continue to fill the tank, eventually causing it to overflow and flood your house. In this situation, the water from your return section and your ATO reservoir will likely end up on your floor. It’s safe to say that all hobbyists want to avoid this. This method is excellent for quick and easy installs but is the noisiest and most risky.

The Herbie overflow utilizes an emergency standpipe along with a primary standpipe. This overflow solves the two major problems with the other overflow style. First, it uses a gate valve on the other end of the intake pipe underneath the tank. This gate valve is used to adjust the siphon rate. In this style, the primary standpipe is short and has a strainer on the end in the overflow box. When you close the gate valve slightly, the amount of water that can flow through will be limited, causing the water level in the overflow box to be higher than the primary standpipe. This prevents that bothersome sucking noise and allows you to run your return pump at a higher flow rate. 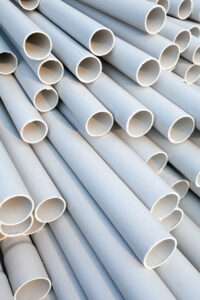 The primary standpipe should be about 2″ submerged in the sump. This will prevent splashes and reduce the noise. You can also use a ball valve if you can’t get a gate valve, but a gate valve will allow for better adjustment. You will still have to adjust the pump’s flow rate, but you won’t have to make it as slow as you would with the Durso style.

You may be wondering why you can’t just put a gate valve on the Durso style or only use the primary standpipe of the Herbie style. That brings us to the second issue this style solves. Only having one drain is already risky on its own. If that drain gets clogged, you’re in for a mess. This method implements an emergency drain in case the primary drain gets clogged. An emergency drain must be used with this style because of the gate valve. The restricted size of the pipe increases the possibility of a clog.

There are two key things when designing this drain. First, the emergency drain needs to be much taller than the primary drain. It shouldn’t reach the top of the overflow box, but it should be near the top. Remember, the point is to allow water into the sump before it overflows out of the tank. In normal circumstances, the drain should remain dry. It needs to be short enough that the water won’t pour out of the tank, but it needs to be tall enough that water won’t enter under regular operation. The second essential part is that the emergency pipe is cut about 6″ above the water line in the sump. This way, if the emergency drain is used, you will know and be able to clean the primary drain.

This method is slightly more difficult because it may require extra drilling, but it is worth it offers plenty of protection and noise reduction for most hobbyists.

Why should you go with this method over the others? First, it is the safest method. Even if two pipes got clogged, you still have one more. It is doubtful that this will happen, but it is possible. Second, it is quieter than the Herbie style overflow, though it is not as big of a difference between the Herbie and Durso. Third, you can generally provide a higher flow rate without causing as much noise. What are the downsides to this style? It takes the most work of the three. You combine all the work from the other two methods and put it into one. Additionally, this will require more drilling. It will undoubtedly require more PVC, which is also more expensive. This style takes up more space as well. The Bean Animal overflow is excellent for more redundancy and for those who want ultra-quiet systems. However, it is indeed only for some.

Which overflow to choose

You know the three most popular overflow styles for reef tanks, but which should you choose?  As mentioned earlier, it greatly depends on your system, needs, and goals. If you’re plumbing a small quarantine tank with only fish and away from where you or your family spends time, a Durso style overflow might make sense. It all depends.

However, we have some recommendations that you can consider. For most hobbyists, the Herbie method is plenty safe and plenty quiet. You aren’t going to have issues with this style. Perhaps the Bean Animal style makes sense if you want extra redundancy and a bit less noise. You should go with either the Herbie overflow or the Bean Animal overflow for most aquariums. The Durso method is not recommended unless you consider the risks and are okay with the noise level.

That was a lot of info, but now you can make the best choice for you and your aquarium! Feel free to refer to this article if you need a refresher on these different styles. AlgaeBarn is always here to help!