You are here: Home / Refugium Education / Creating a Suitable Growing Space for Your Mangrove

As of late, a few varieties of mangrove have become more available to saltwater aquarium hobbyists. With this, it will likely be a bit more common to see one of these beautiful plants poking somewhere out of one’s aquarium system. However, as keeping mangroves becomes more common, there may develop a tendency for aquarists (especially inexperienced ones) to buy and plant them in an increasingly casual manner. 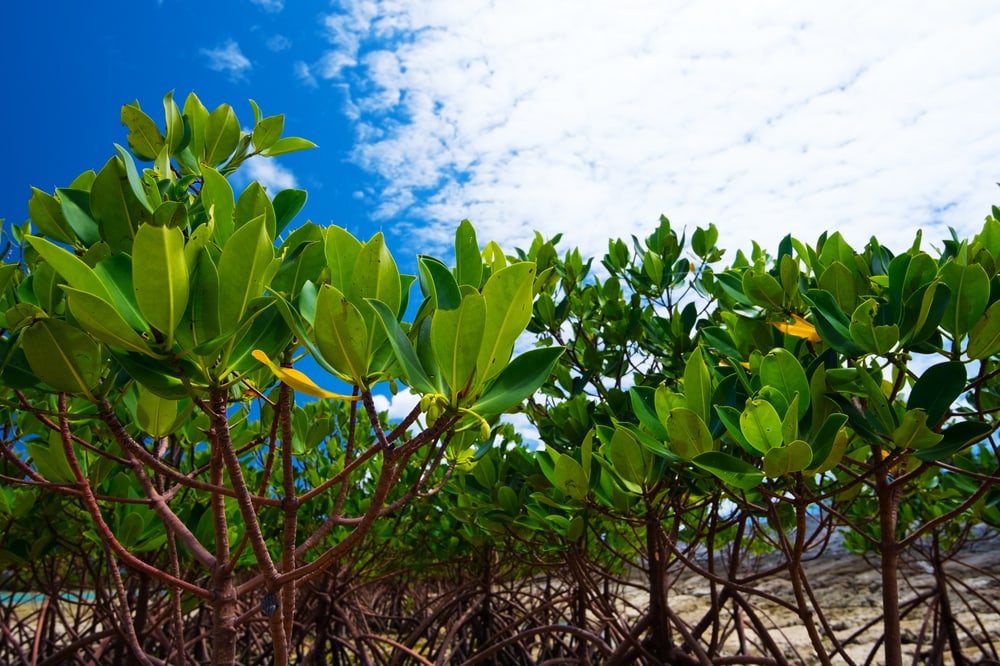 We certainly wouldn’t argue against anyone “trying one out.” However, we would remind any prospective mangrove gardener that these plants are quite unlike most of the other things you might be growing, whether in the main tank or your refugium.

The most obvious distinction, of course, is that mangroves are actual, real plants. Yes, “true” vascular plants from the magnificent Kingdom Plantae. One important distinguishing characteristic should come to mind for anyone who considers getting one: They are trees. As in, they grow to be (at least compared to other “houseplants”) veritable giants. Like, tens of feet tall. Also, they have roots (unlike macroalgae which rely on holdfasts for attachment), so quantity and type of substrate is of considerable importance.

The renewed interest in these majestic plants is certainly understandable. They can impart a LOT to the visual impact of any display tank. But to be sure, adding a mangrove to any aquarium system involves a bit more thought than sticking a feather in a hat. Thankfully, so long as you have the space to accommodate their growth, these requirements are reasonably easy to meet.

The best place to begin any discussion on mangroves is with their roots. And the best way to talk about their roots is to describe the simultaneously harsh and rewarding environment of a marine mud flat. Mangrove forests (sometimes referred to as mangals) emerge from the intertidal zones in quiet, protected coastal bays and estuaries. They occur worldwide but nevertheless are very tightly restricted to tropical and warmer subtropical regions.

Mangals are incredibly productive habitats. This is for several reasons. Their usual proximity to rivers supplies a never-ending flow of minerals and nutrients. Similarly, tidal action replenishes these vital substances (and also washes away accumulations of nasty stuff like hydrogen sulfide). Yet, they are also quite unstable. For one, the constantly fluctuating water levels stress aquatic and terrestrial life alike. With these changes come instability of pH, temperature and salinity. When water levels are up, even in these protected areas, storms can send massive waves over the flat, stirring up and burying much in its wake. On the other hand, when water levels are down, anoxic conditions quickly arise, suffocating all but most specially adapted lifeforms. For seed plants, however, the most challenging aspect of living in this habitat is dealing with salt.

Even those mangals in technically brackish environments can be quite salty. In shallow, brightly sunlit areas, evaporation can increase salinity to levels above that of the nearby ocean. Particularly for a land plant, this requires some serious specialization—at least of the root system.

Mangroves indeed have some highly specialized root structures. Aerial roots are common. These vertical extensions (i.e. pneumatophores) have many tiny pores that allow the tree to breathe under anoxic conditions. Knee roots (as in Bruguiera) are similar to aerial roots except that they grow in a horizontal series of loops. Additional, adventitious roots called prop roots act like anchors to secure the mangrove firmly in the  mud in the face of extra-strong waves or winds. Most mangroves (i.e. Rhizophora) are “excluders.” In this group, as much as 90% of salt is filtered before entering the root system. A few are “secretors,” expelling salt from glands on their leaves.

These adaptations, and others, give the slow-growing mangrove a decisive competitive advantage over other land plants. Luckily for those people who wish to cultivate them, there is no need to replicate the tides nor the anoxic soil conditions. Many mangroves can even grow quite well without salt. They live where they do despite these factors, not because of them. They are, however, dependent upon a fertile and minerally-rich substrate such as those encountered on the flats.

Most or all mangroves available to aquarists are in the form of the relatively tiny, clone-like propagules. Unlike seeds, propagules are miniature versions of adults. Even before they are released from the mother plant, they may have the beginnings of roots and foliage.

Acquiring your mangrove in this small, young form buys you some time to get their environment together. But not much! Particularly if you have more than one individual plant (and even more so if they’re different species), you’ll want to have a sizeable container set up for them to grow into. Realistically, what you’ll have to go for is “big enough.” The typical refugium is nowhere big enough. For a proper mangrove growing bed, we’d suggest a tub. And yes, the bigger the better! The inner space should include at least one baffle; this separates the return pump and other equipment from the roots and substrate. 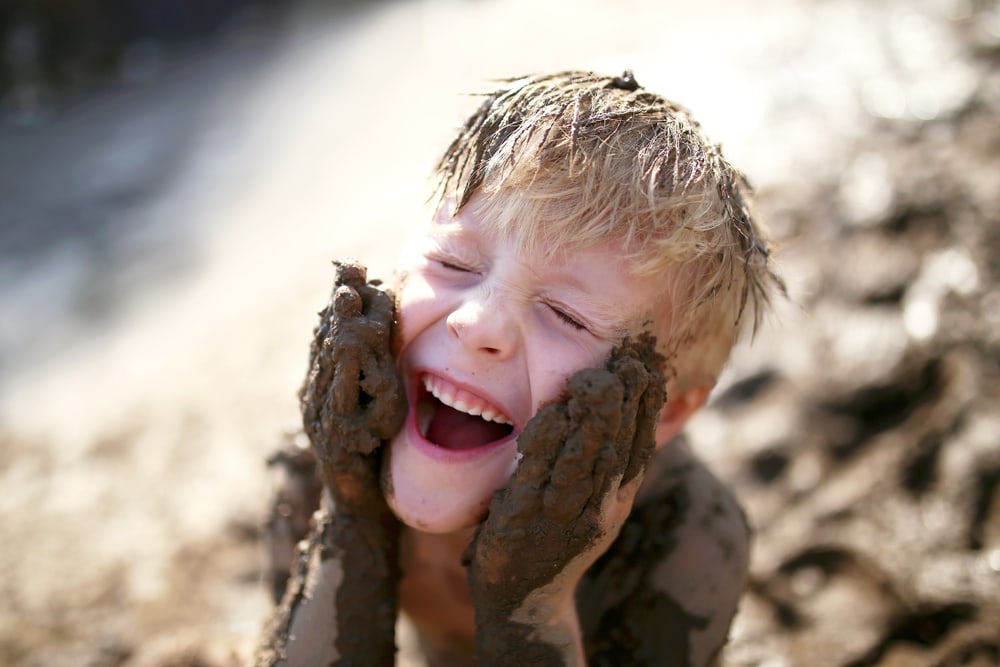 The substrate may be composed of many materials. An aragonite-based material will, however help buffer the water against acidic conditions within the necessarily deep (and almost inevitably

anoxic) bottom layers. It should also be very fine grained. Aquarium “muds” work great for this purpose, whether used exclusively or mixed in. How deep?

Again… as deep as possible. A couple feet depth would not be too much. If this seems intimidating (and expensive) to some, consider that you can add to this, little by little, as the mangrove grows.

The microbiota of the substrate is just about as important here. Building a rich and diverse microbial community is essential for the long-term health of the plant. A large population of nitrifying bacteria helps to manage excessive nutrient levels not just in the mangrove’s growing basin but throughout the entire aquarium system. Perhaps even more important are rhizobial bacteria which form a symbiotic relationship with the plant; these nitrogen-fixing bacteria consume exudates that are secreted by the roots and, in return, provide the plant with a source of fertilizer.

Building the right foundation for your mangrove will not only give it a healthy start but will also spare you the potentially troublesome task of transplanting later. Don’t be bummed by the extra space you might devote to your piece of mangal; besides the mangrove itself, it can host a wide range of flora and fauna. For example, it is a great environment for burrowing fishes such as jawfishes. It provides a huge, prime habitat for a macroalgal bed. It can even serve as an especially productive copepod nursery. As the mangrove tub develops, the overall return on your investment will only continue to grow!