We would like to introduce our newest feeding system – The Ultimate Galaxy Pack! As reef keepers, we know all too well that coral reef ecosystems are among the most complex on the planet. And we also know that every living thing on the reef – no matter the size – has a great role to play in the food web.

As a result, reef keepers have been trying to imitate these food webs since the early days of the hobby. It can be puzzling to mimic the feeding behaviors of the coral reef. And any reef keeper will agree that there is the very fine line that separates starvation and pollution in a reef tank.

Providing viable and clean, high-quality live food has always been our mission here at AlgaeBarn. We know that as a reef tank system matures, the flora and fauna adapt and evolve to meet new conditions. This is what drives us to expand the way our hobby looks at feeding the reef tank. So, we are very proud to introduce our newest feeding system in our lineup: The Ultimate Galaxy Pack!

There are a few things in reef keeping that are a constant and two of them are nutrition and filtration. Waste and uneaten food must be broken down or filtered out fast. What makes the Ultimate EcoPack so effective is that it feeds all the trophic levels of the reef tank. And the Ultimate Galaxy Pack does all of that and has added nutrition from the copepod, E. acutifrons.

We are not trying to re-invent the wheel!

Using live foods like those featured in the Ultimate Galaxy Pack may be the easiest approach to reef tank nutrition. Our live feeding system offers healthy food to the reef tank while producing the least amount of waste products. Live foods have the benefit of being nutritionally superior to pellets or prepared foods. They are also more appealing to eat. And, perhaps most importantly, many live foods reduce the amount of waste in the reef tank system.

We know the Ultimate EcoPack produced great results, and a lot of reef keepers agree! With all of this in mind, we saw that there was room to improve on this great product line.

AlgaeBarn’s Ultimate Galaxy Pack delivers nutrition to the most crucial levels of the food web.

The live phyto and bacterioplankton in the Ultimate Galaxy Pack are more than just food. This feeding system supports nutrient cycling and water filtration. Even more beneficial are the pods that pull double-duty to clean up detritus and algae.

No other live feeding system offers as much diversity as the Ultimate Galaxy Pack. This system meets the nutritional needs of even the most demanding reef citizens. Many filter feeders have evolved to capture organic particulates. This material has a low nutritional value. 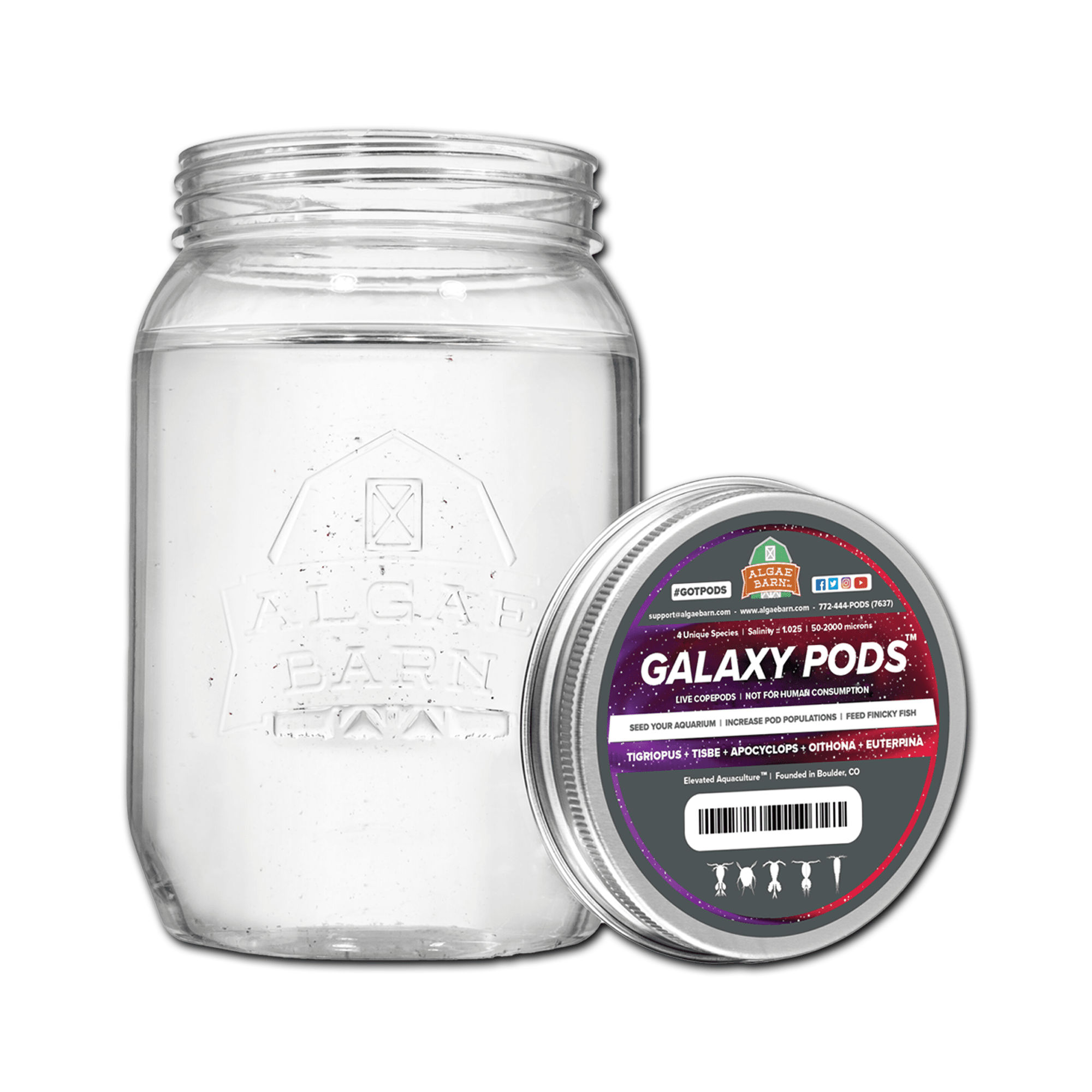 The exception is marine snow which is very nutritious. Marine snow is made up of particles of organic debris that have been colonized by beneficial bacteria. As these particles clump together, they sink out of suspension. The biological activity on these particles can become so vigorous that it depletes the oxygen on their surfaces. Purple non-sulfur bacteria (PNSB), which love anoxic conditions, now have a perfect microhabitat.

PNS YelloSno is designed to replicate marine snow. This product is flash pasteurized to lock in and preserve its partially photofermented state. It is made with a natural chitinous substance colonized with live PNSB. PNS YelloSno is full of protein, B vitamins, and amino acids. Soft corals and tube worms capture particles in suspension. When settled into the substrate, copepods, sand sifters, and other critters all go to town on PNS YelloSno! 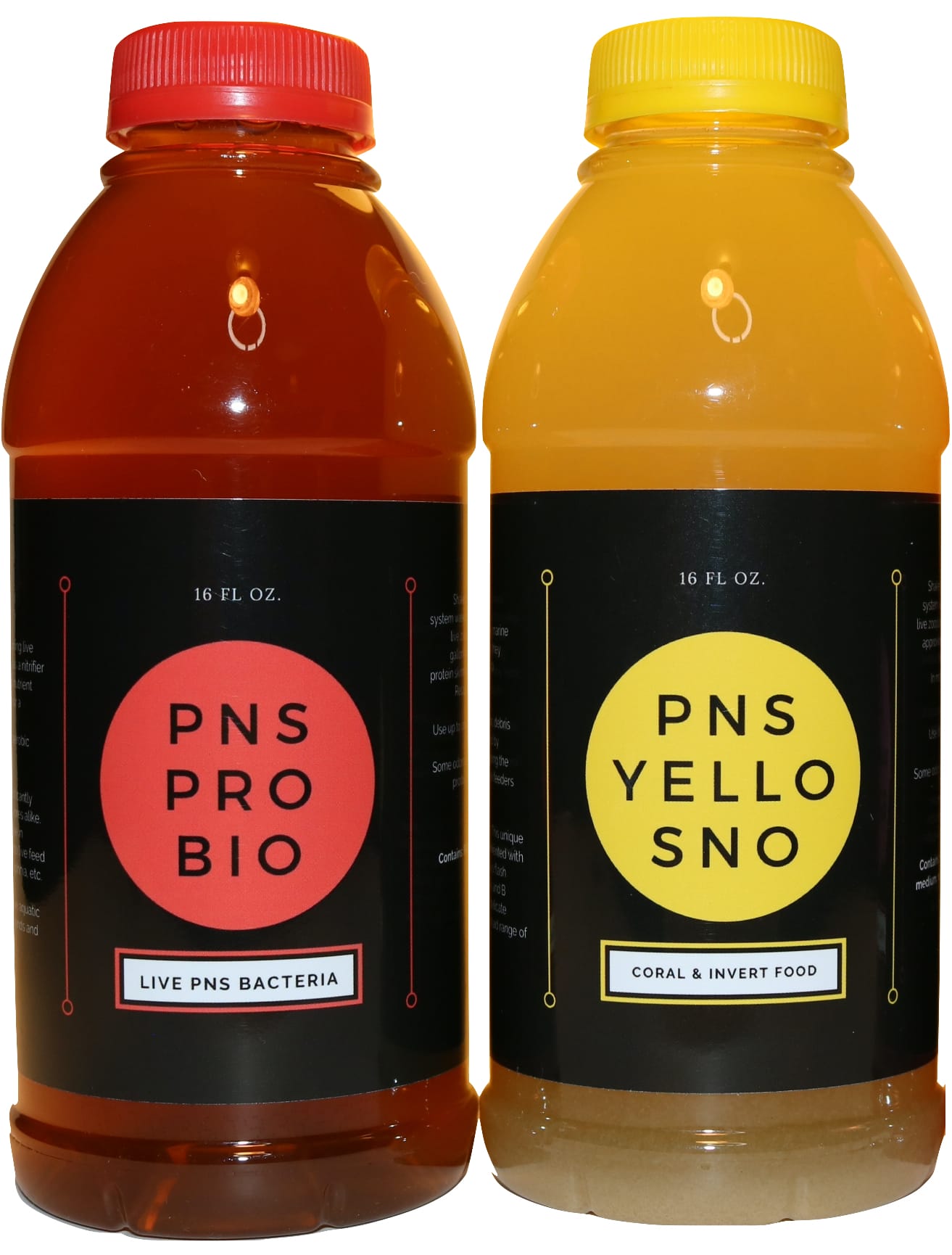 We also kept the PNS ProBio that was in the original Ultimate EcoPack. The PNS ProBio differs from the YelloSno in that it contains PNSB (Rhodopseudomonas palustris). PNSB is a bacterium capable of colonizing the water column and the sand bed. PNSB has even been identified in the guts of animals as a probiotic.

PNSB have been shown to remove detritus from both aerobic and anaerobic reef tank systems. It also helps to break down the compound’s ammonia, nitrite, nitrate, and phosphate. The more you feed, the cleaner your tank will be!

Phyto is a crucial resource in the reef tank system. Some phytoplanktivores are very picky about the varieties they will consume. Additionally, phyto species have varied dietary profiles. OceanMagik was created to address this issue. OceanMagik is a blend of phyto chosen for their size and dietary make up.

OceanMagik has a crucial role in the Ultimate Galaxy Pack. Phyto is an essential component of diets on the coral reef. Phytoplankton has a high concentration of vitamins and fatty acids. In a reef tank system, phyto is quickly consumed and needs be supplied on a frequent basis. An advantage of dosing Oc

eanMagic is that as it grows, it absorbs dissolved nutrients such as nitrate, phosphate, and silicate from the water column.

In the reef tank system, all five copepod species in Galaxy Pods play central roles. They eat detritus and film algae. Their tiny young are a source of food for zooplanktivores like corals, while the adults are enthusiastically devoured by small fishes like anthias, dragonets, and seahorses. The biodiversity found in Galaxy Pods, allows the flow of nutrients and food energy throughout the food web. 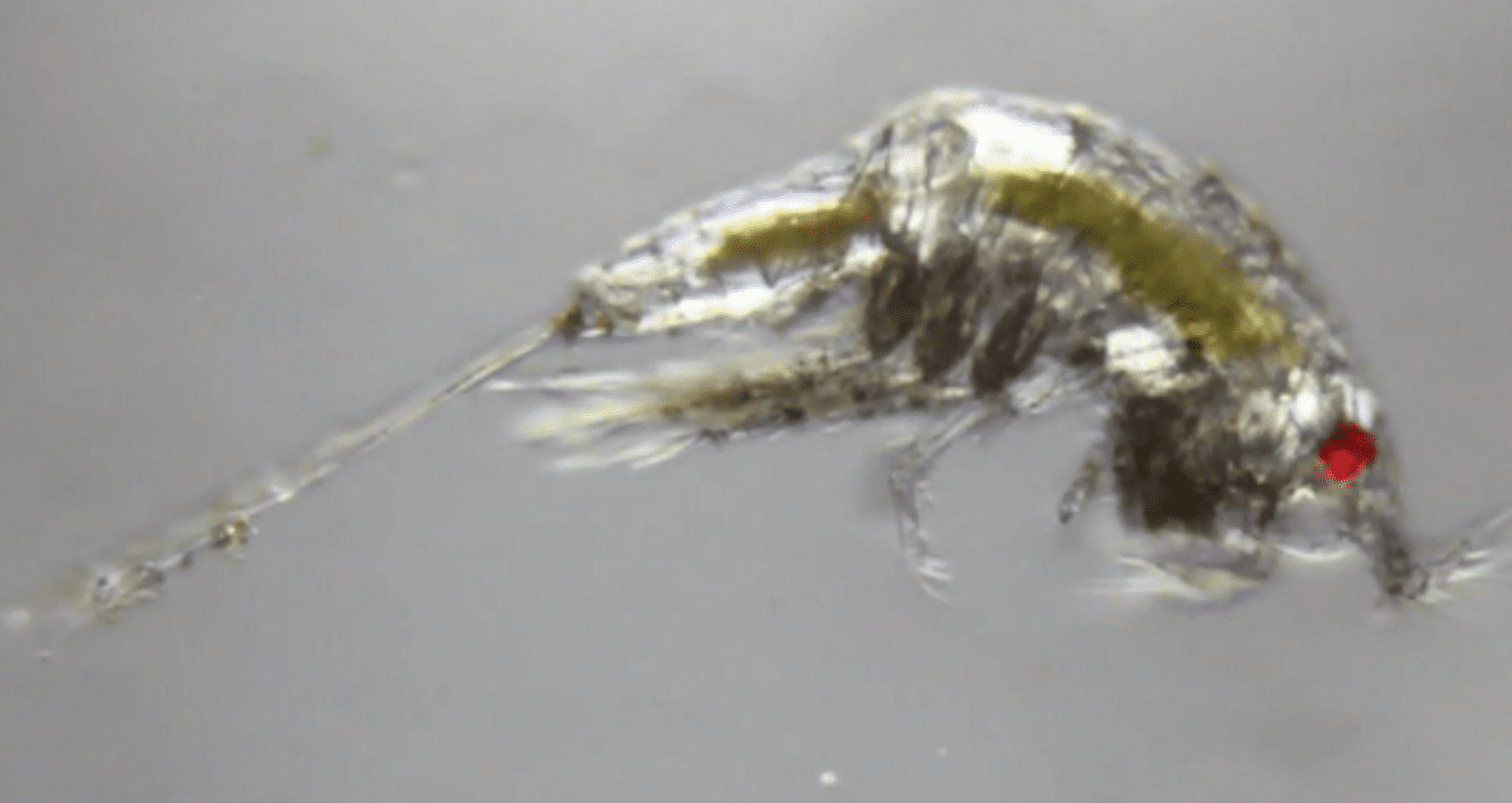 The Ultimate Galaxy Pack is more than just a live food pack, it’s a complete, coactive, live feeding system modeled after the coral reef food web. No other pack even comes close to producing nutrition so naturally.

Be sure to check back here a few times this week! We are holding contests and giveaways to kick off the release of the Ultimate Galaxy Pack! We would love to see you join us in the celebrations!