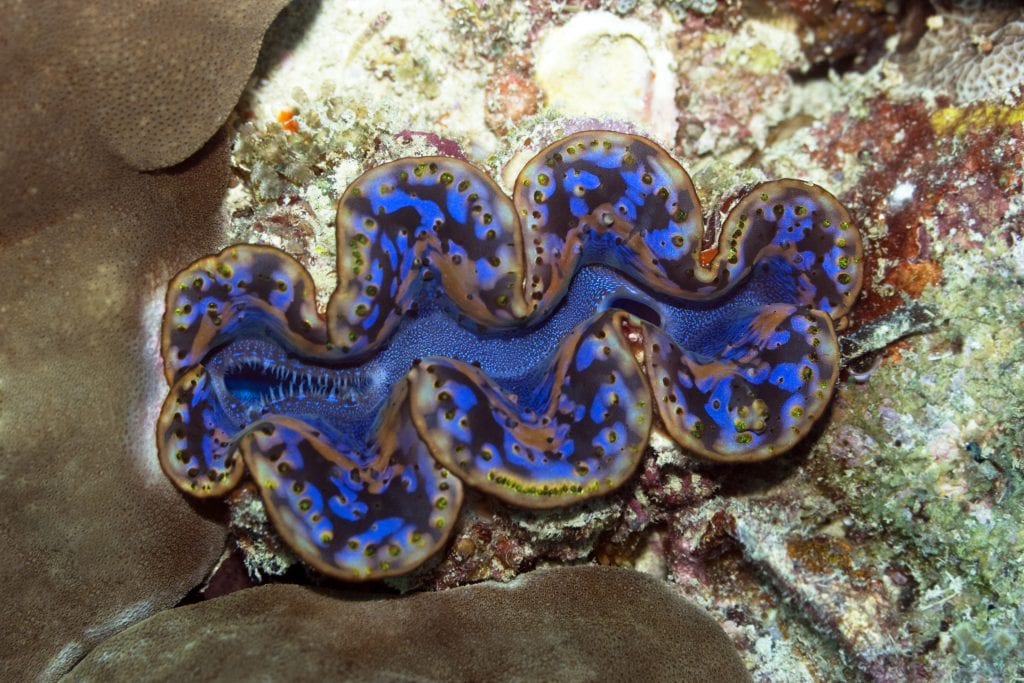 For a couple of decades now, tridacnid or “giant” clams (genera Tridacna and Hippopus) have been regarded as the cherries on top of any well-constructed and well-maintained reef aquarium. Though there have been a couple of newcomers along the way, most members of the relatively small family Tridacnidae have been available in the trade all the while (give and take some bumps along the road due to harvest/trade restrictions). Throughout this time, a single species has stood out as a clear favorite among reef aquarists: Tridacna maxima, the maxima clam.

This is pretty understandable, considering this animal’s extraordinarily gorgeous mantle colors and patterns. Also, it is the smallest tridacnid at a normal adult size of less than 8 inches, allowing it to be kept in much smaller systems (it is sometimes referred to as the “small giant clam”).

Maxima clams have also earned a certain reputation for being one of the (if not THE) most challenging tridacnids to keep. And there are a few reasons for that! Of course, tridacnids are, as a whole, fairly delicate animals and undoubtedly demand both skilled and dedicated husbandry. But even among its high-maintenance brethren, T. maxima requires a little more effort. Specifically, this species:

Long-term success with this attractive species requires that each of these issues is properly addressed. We shall begin with water quality requirements.

While all tridacnids are sensitive to suboptimal water quality, T. maxima is especially touchy. This makes them unsuited to a newly set up tank where some parameters could still be in flux. At a minimum, there should never be detectable concentrations of ammonia or nitrite. Even nitrate and phosphate should be maintained at nearly undetectable levels.

Alkalinity, pH, calcium and magnesium concentrations should remain on point for this shell-building creature. This means consistently very near to optimal conditions, not dipping to the lowest reaches of the typically “acceptable” aquarium conditions.

If the aquarium water isn’t generously replaced on a very regular basis (at least 25% weekly), it is wise to supplement trace elements. This ensures that both the clam and its symbiotic algae do not suffer from deficiencies of iodine, iron, etc.

Similarly, make sure that all other parameters are not just alright, but perfect. This means maintaining saturated oxygen levels, never letting the aquarium water get too warm or too cool, and so on! Stability is absolutely key with maxima clams.

On the bright side

T. maxima obtains most of its nourishment from its zooxanthellae–endosymbiotic, photosynthetic dinoflagellates. Because the clam is pretty much reliant on its symbiont for food, it needs quite a few of them. Yet, it has only so much space in its mantle to host them. It thus needs the zooxanthellae that is has to be as productive as possible. What that means is that it must expose them to as much sunlight as possible.

In the wild, T. maxima occurs only in clear, shallow waters that receive extremely bright sunshine. While the clam might close up completely at night, it spreads its mantle widely during daylight hours to catch as much sun as possible.

That’s in the tropics. If you guessed that it means you’ll need a bigger light for your aquarium, you guessed right. Put it this way: If it’s bright enough to grow acros, then it might be bright enough for a maxima clam. If it’s not sufficient for an acro, there’s no way it’ll keep a maxima alive for long. Don’t try to push your luck here, because lighting is one area where this species is definitely not forgiving.

Putting you clam close to the surface might help a bit, but in the end, if you don’t have the right (super intense) lighting, your clam is toast. Extending the photoperiod? That will practically do nothing to help. 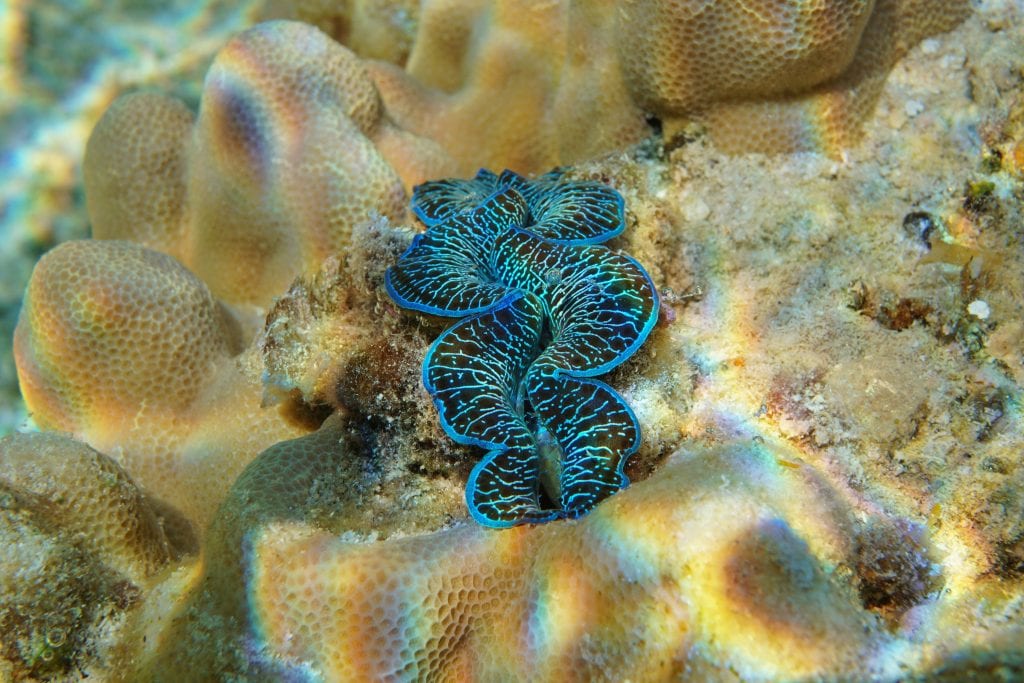 A place to stay

T. maxima is fairly picky about where it “hangs out.” For one, as mentioned above, it is likely to settle into a spot that receives full sun exposure. Additionally, unlike a few of its close relatives, it will not be content to sit on a soft substrate. Rather, it loves to snuggle into a tight, rocky pocket. While placing them on the sand won’t necessarily harm them, they will likely waste energy to move somewhere else.

When a tridacnid settles into an area it likes, it anchors itself to the hard substrate with tough byssal threads. Pulling the clam away from an attached rock (or rock away from the clam) pulls at these attachments and can very seriously harm the animal. Also, an unattached clam can easily get knocked from its perch and tumble, presenting the threat of injury.

One way to avoid these hazards is to allow each specimen to attach itself firmly to a well-fitted rock (e.g. Clam Rocks); the rock can then be secured in a place (even high up on the hardscape) where it cannot fall.

For those willing to spend the time and money necessary to create an exceptionally healthy reef aquarium environment, a maxima clam (at least one!) is a great choice. It may be hard to believe that fully aquacultured specimens have been available in the trade for only about six years at the time of this writing. All farmed tridacnids, whether maricultured or bred entirely in aquaria, are considerably hardier than the wild ones that were once available. But even these farmed specimens are particular about water quality, lighting and substrate. Paying close attention to these three critical factors, one is well on their way to keeping and enjoying one of these magnificent mollusks for many years.