You are here: Home / Corals / Gorgonians in the Marine Aquarium

It should go without saying that the hermatypic, stony, reef-building corals will dominate most reef aquaria. Thankfully, so long as (1) key water parameters are monitored, (2) the appropriate light conditions are provided and (3) nutritious planktonic foods are present, these beautiful plant-animal symbiotic combos easily flourish even in the care of novice hobbyists.

Especially as our corals lay down their calcareous skeletons over the aquascape, we might throw ourselves a little high-five and marvel at how realistic and natural the display appears. And that’s quite fine; with or without all of the full-tank shots we proudly display on Facebook, this is the reward for which we invest so much time, money and soul into our tanks. But all it really takes is seeing one or two photos of an actual tropical coral reef habitat to see how far we’ve yet to go… 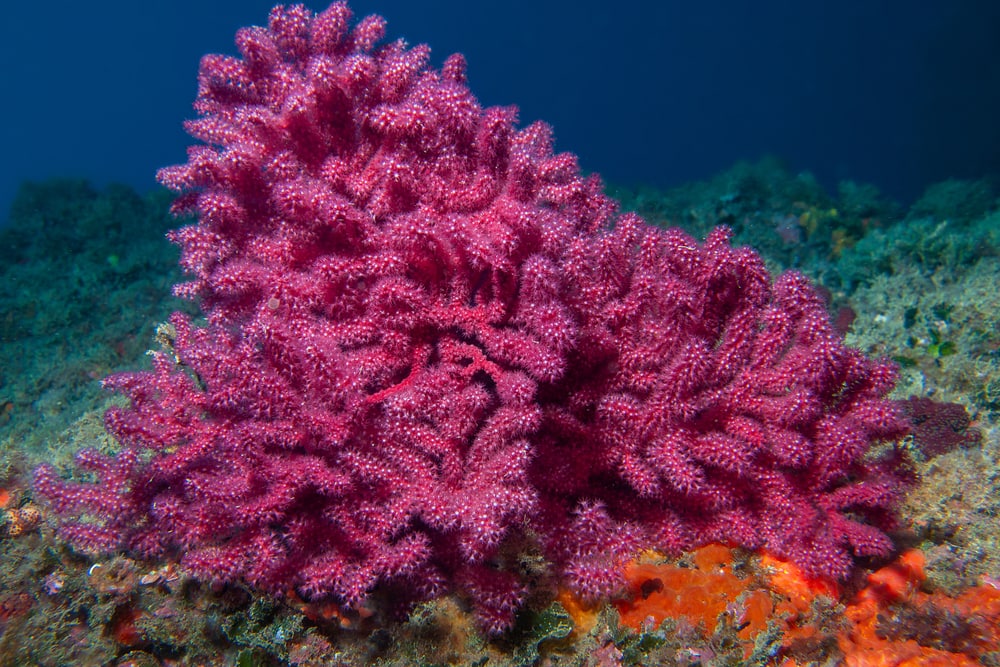 Wild reefs host mindboggling biological diversity. Many, many different types of plant and animal might be found just within an arm’s reach. Even among the corals, there are sundry types to be found on a healthy, mature reef. Aside from those all-important reef builders, there is a wide variety of soft corals that take advantage of the shallow (i.e. brightly sunlit), plankton-laden waters as well as the habitable surface that hard corals (and the “live” rock they create) provides. These lithe-bodied corals dance with the water currents as tides and waves spill over the reef’s crests and flats.

For sure, it is this softer side of the reef that creates the mesmerizing, rhythmic movement so many aquarists seek to replicate. Many hobbyists (beginning hobbyists in particular) try their hand firstly with photosynthetic soft coral species. This does make a lot of sense. Harboring zooxanthellae (those symbiotic algae) much like their stony counterparts, these species can make most of their food and therefore are fairly easy to feed (when deliberately fed at all).

The soft corals (Order Alcyonacea) are at least as varied in form as the stony corals. Perhaps the only conspicuous characteristic they share is the eight-fold symmetry of their colonial polyps (as with all their relatives in Subclass Octocorallia). The predominate soft corals in the aquarium trade are those fleshy or leathery types such as Sinularia and Sarchophyton respectively. These are indeed common on most reefs. But just as abundant in the wild–while not yet commonly enjoyed in aquaria–are the gorgonians.

Shrubs of the Sea

The gorgonians (Suborder Holaxonia) include the sea blades, the sea fans, the sea rods and the sea whips. They form beautiful and sometimes very large colonies that take a tree-like or bush-like form. Rather than a hard, stony, calcium carbonate-based skeleton, colonies are held together by a flexible but tough, fibrous protein called gorgonin. The branchy gorgonin base holds firm against strong water currents that bring food and oxygen to the polyps whilst carrying away their waste products.

Gorgonians use their fine tentacles and stocky mucus to capture phytoplankton. Some, such as Diodogorgia, must capture all of their food for a living. While most if not all gorgonians rely upon phytoplankton and tiny zooplankton for their food, a few are additionally capable of harboring zooxanthellae.

Quite understandably, for the reasons offered above, reef aquarists tend to choose zooxanthellate species for their first gorgonians. A great many of these originate in the Caribbean and Western Atlantic Ocean and are available in the trade as aquacultured. Members of the genera Pterogorgia and Plexaura are especially hardy and recommended for reef aquarists of any skill level. Still, while easy to keep, these gorgonians do seem to require some sustenance from foods they capture from the water column.

Prepared diets such as Can O’ Cyclops can give a nice supplemental boost to the diet of these corals. However, because they feed almost constantly, an in-tank source of nutrition yields much 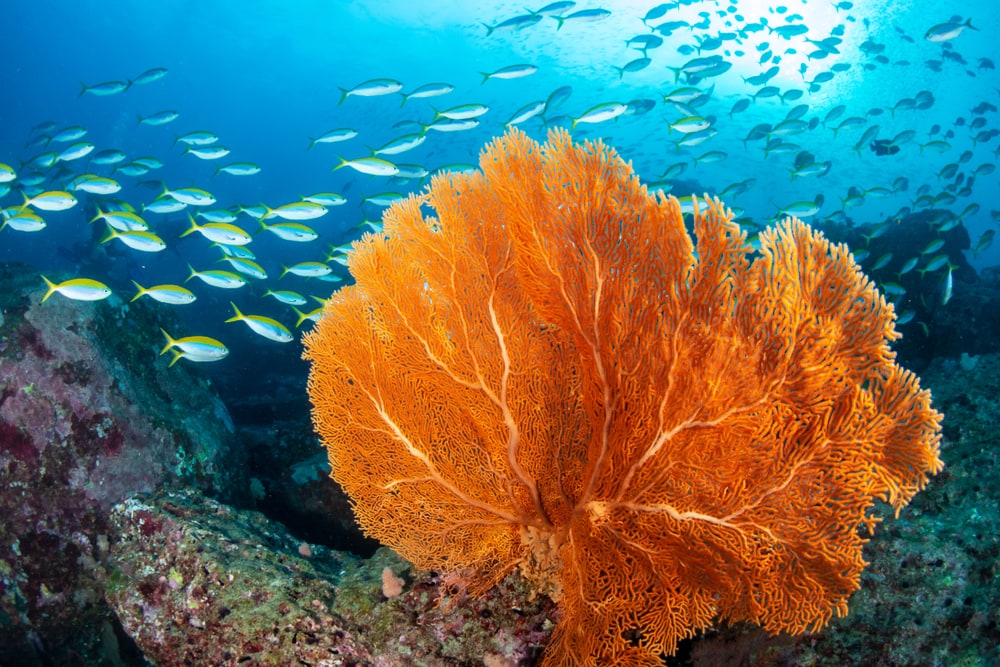 better results. For this purpose, a pod-phyto combination is ideal.

Nearly all corals are zooplanktivores. Particularly during the nighttime hours, corals “open up” and extend their tentacles in order to capture small, drifting animals. Copepods make up the bulk of most zooplanktivorous corals’ diets. In this respect, captive corals of all sorts benefit greatly from the regular addition of copepods. Gorgonians generally prefer small sized plankton (e.g. bacterioplankton) and so benefit most from a product that includes individual copepods from all life stages (not just the biggest and oldest!). In this respect, 5280 Pods works very well.

The food favored by pods is algae. Young pods (i.e. nauplii), which generally are planktonic, therefore require phytoplankton. The addition of phyto not only boosts pod production but also ensures that their guts are loaded with lots of nutritious fatty acids, vitamins, pigments, etc. Thus, wholesome live phyto products such as OceanMagik benefit gorgonians by promoting high numbers of nutritionally enriched copepod nauplii. What’s more, gorgonians and many other soft corals are capable of drawing phytoplankton directly from the water column.

If you keep gorgonians–even thinking about keeping gorgonians–you should know a little “secret…” 5280 Pods and OceanMagik are available in a combo. And you can have them sent to your front door by subscription!
[Phyto]