You are here: Home / Captive Bred Fish / Angelfish / A Look at the Swallowtail Angelfish

Some fish are desirable for their rich personality. Others are sought for their intense coloration. Particularly amongst reef aquarists, some are valued solely for their grace. And there is hardly a reef-dwelling animal more graceful than the lyretail angelfishes (Genicanthus spp.). The lyretail angels, from the common Lamarck’s angel to the “holy grail” masked angel, have always held the interest of newbie and veteran marine aquarists alike. Even so, as it just recently has been released from commercial production for the first time, the swallowtail angel (G. melanospilos) will most certainly be getting a lot of well-deserved attention throughout the hobby. 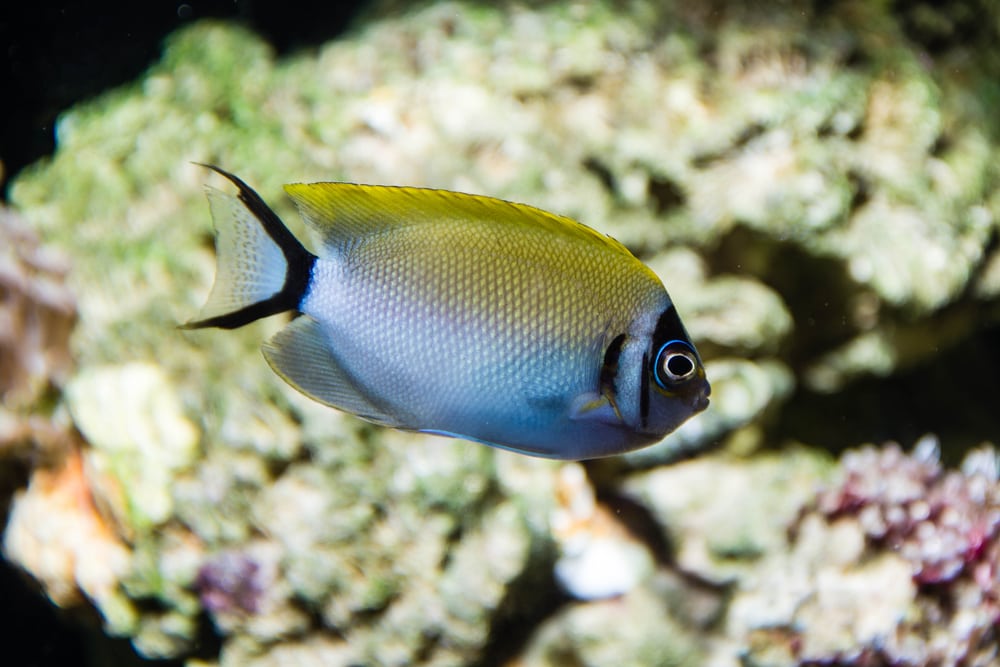 Absolutely, the BIOTA swallowtail angel (sometimes called the black spot or blackbreasted angel) is a beauty. And it possesses plenty of personality, thank you. But when it comes to poise and elegance, this fish (even compared to many other genicanthid angels) is supereminent. In the proper setting–a large marine or reef tank with generous open swimming area–it is unforgettable. Even if that is at all overstating this fish’s natural beauty, it is entirely safe to say that pictures cannot do it any justice.

Still, there’s much more to a swallowtail angelfish’s panache than its body shape and markings. There is something in the way it moves… The manner in which is so deliberately dashes over the aquascape is mesmerizing. Particularly around feeding time, it effortlessly dances circles around its tankmates as it meticulously snatches tiny morsels from the water column. If you believe that open waters are a waste of tank space, this fish will prove you wrong and then some. 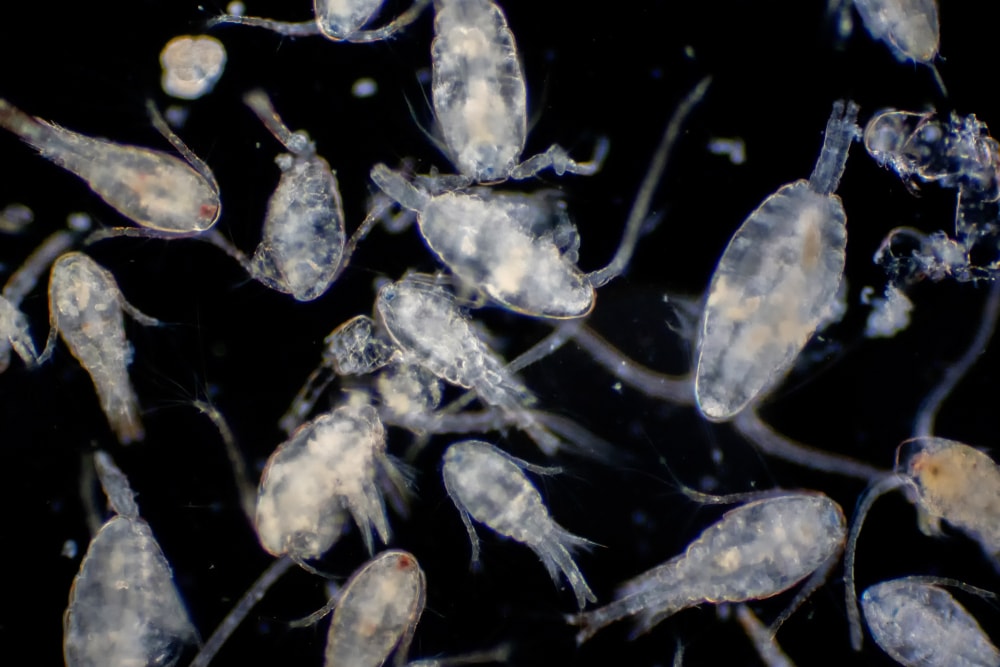 At around seven inches length upon reaching full size, the swallowtail angel is actually a bit smaller than the average angelfish. Still, given its activity level, it requires a bit more swimming space. Thus, an aquarium volume of 125 gallons or more is recommended (some suggest providing an even larger tank). Open aquascapes are preferable to aquascapes that are filled to the rim with rock. A full lid should be in place to prevent fatal jumps.

This fish is not an especially finicky eater. Its main fare should be meaty. Larger pieces of prawn, mussel, etc. should be chopped down to a manageable bite size. Fully adjusted specimens will likely accept flakes and small pellets. That being said, the swallowtail angel is a zooplanktivore that will very much enjoy and benefit from the inclusion of live zooplankton in its diet. For this,
live copepods, amphipods and brine shrimp are entirely suitable.

Swallowtail angels seldom present compatibility issues. They (along with the other genicanthids) are easily the most reef-safe among the angelfishes, very rarely if ever taking a nip at a coral, clam, etc. They generally get along pretty well with other fish. They may not, however, get along with their own kind. This is especially so with males. In many cases a single male can be successfully maintained with a single female or small harem. Small groups of females can also be kept, though some aggressive contests may take place. There is a rather interesting reason for this.

In the absence of a male, a dominant female will transform into a male. This means full color change and all. The change is irreversible. This might be an exciting development for a monetarily minded aquarist, being as the purchase price of males exceeds that of females by a factor of 2-3x.

With a lifespan of 10-15 years, the stunning Swallowtail Angel can provide its keeper with an enormous amount of satisfaction.
[CFish]