So, you’ve squirted some stuff in your home aquarium, waited a few weeks, watched the ammonia rise and fall, and now you know everything there is to know about the nitrogen cycle in an aquarium system. Right?

Maybe not. Sure, under normal conditions, and when we have all the time in the world, cycling may not seem like a particularly complicated task. But then, what if you run into issues later down the road, after your tank is fully stocked with valuable livestock, and something disrupts the tank in such a way that you suddenly have to reestablish your biofilter? How about the more difficult task of maintaining a biofilter in systems with an unstable bioload such as a fish holding tank or quarantine tank? Or moving/rebuilding an established system in short time?

There are many situations that arise in aquarium keeping where an advanced knowledge of nitrogen cycling can mean the difference between a near miss or utter catastrophe. That alone makes a little bit of studying the nitrogen cycle time well spent. But it also is interesting, as are so many other processes that take place in our aquaria at the microscopic level. This article–as well as a previous one and others that will follow–provides a more thorough look at the nitrogen cycle. This piece specifically discusses the second step in nitrification: Nitrite oxidation. 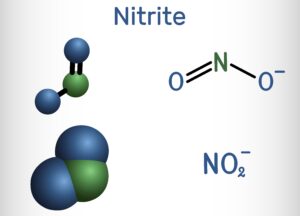 In nature, the nitrogen cycle really is a cycle; therefore, there’s no distinct beginning or end. However, as far aquarists are concerned, the whole thing starts (after some artificial introduction of ammonia) with the establishment of ammonia oxidizing bacteria (AOB); as we learned in the previous piece, they obtain metabolic energy through the conversion of ammonia into nitrite.

In a rather similar manner, nitrite-oxidizers catalyze the second step of nitrification: nitrite oxidation to nitrate. Like the ammonia oxidizers, nitrite-oxidizing bacteria (NOB) play a major role in global biogeochemical nitrogen cycling. This is a large group of mostly unrelated organisms and sometimes starkly different ecological niche specializations that just happen to share the habit of oxidizing nitrite for energy.

Oxidation reactions yield more energy from ammonia than from nitrite. However, NOB are pretty versatile and often can compensate for this by switching between nitrite oxidation and other metabolisms (e.g. H2 or formate oxidation). As such, they might in many cases perform ecological functions outside the nitrogen cycle.

NOB are generally very closely associated with ammonia-oxidizing as well as many heterotrophic microorganisms. For example, in an interaction termed reciprocal feeding, NOB actually recruit ammonia oxidizers to use urea or cyanate as energy sources.

Nitrite is somewhat less toxic than is ammonia during the nitrogen cycle; for this reason, aquarists sometimes underestimate the damage it can cause. Nitrite concentrations of over 0.35 ppm can affect immunity and therefore increase susceptibility to disease. Additionally, nitrite transforms haemocyanin to meta-haemocyanin, reducing its ability to transfer oxygen to the tissues potentially leading to hypoxia and death (i.e. brown blood disease) in fish.

Many microbial products, particularly those specially made to establish a so-called biofilter, include NOB to promote the rapid conversion of nitrite to much less toxic nitrate. NOB groups include lithoautotrophic bacteria such as Nitrospina, Nitrotoga, Nitrospira and Nitrobacter. Of these, Nitrobacter is most commonly used in “bottled bacteria” products. Some heterotrophs, such as certain purple non-sulfur bacteria (PNSB), are also capable of carrying out nitrite oxidation (oddly, Nitrobacter is quite closely related to the purple phototroph Rhodopseudomonas). Typically, these microorganisms convert nitrite to nitrate using the enzyme nitrite oxidoreductase.

Very high ammonia levels can harm NOB. In fact, extremely high concentrations of nitrite can be inhibitory to some NOB such as Nitrospira. Extremely low concentrations generally shut them down and cause them to enter a dormant state.

Introducing nitrite oxidizers to your aquarium 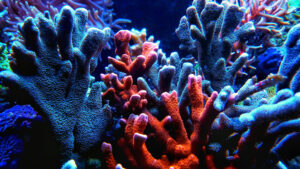 Despite the lower toxicity of nitrate relative to ammonia, you should be certain that your system is completely cycled before introducing any livestock. Fishless cycling techniques offer a clean, fast and highly controlled method of establishing large populations of NOB. This involves adding an ammonia source directly to the water, which promotes growth of AOB, bacteria, which generates nitrite, which in turn promotes growth of NOB.

For flawless fishless cycling, AlgaeBarn’s Aquarium Cycle Kit is recommended. This is a highly economical combo that includes NitroCycle, a source of ammonia, as well as Fritz’s TurboStart 900, a culture of live nitrifying bacteria that includes multiple species of both AOB and NOB. These aerobic lithoautotrophic microbes are naturally complimented by the anaerobic/heterotrophic nitrifying microbes in Hydrospace’s PNS ProBio. And what can you do for even more thorough system conditioning and more long-term nitrogen stability? For a functionally complete microbiome, including aerobic/anaerobic biomedia (MarinePure) and denitrifying bacteria (PNS Substrate Sauce), just upgrade to the Ultimate Aquarium Cycle Kit.

One should always test ammonia, nitrite and nitrate regularly to keep track of the cycle as it progresses. Watch out for secondary ammonia spikes as the microbial community shifts from high-ammonia-loving to low-ammonia-loving species! As your NOB establish themselves, you’ll notice a steady build-up of nitrate. Refrain from adding any livestock until both ammonia and nitrite levels have dropped below detectable levels for more than a few days. When everything appears to have stabilized, perform a large water change to remove the nitrate. Then, you’re ready to begin stocking!