You are here: Home / Beginners Education / Refugiums / Stocking a Refugium

Marine aquaria have a peculiar way of growing (in terms of both size and complexity) over time. These “add-ons,” be they filtration units, reactors, or whatever, grow from the so-called main tank in an almost organic manner. But, no matter how elaborate an aquarium set-up becomes, the sum of all the parts can always be considered as a truly cohesive system. If there is one part of the modern marine aquarium system that rightly exemplifies this, it is the refugium. 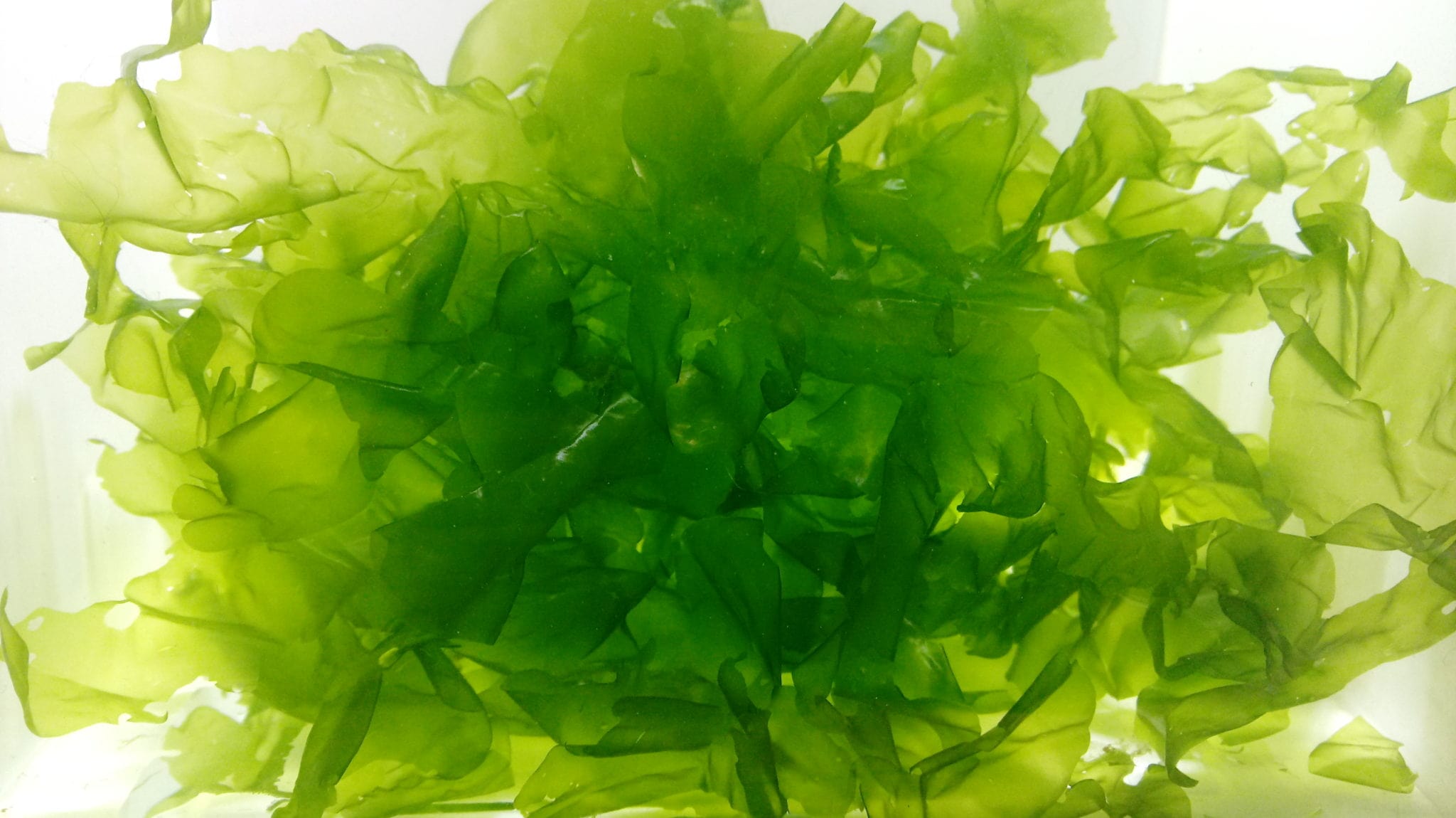 When stocking a refugium, the best way to start is (both literally and figuratively) from the bottom up. In the literal sense, the first thing to add to a new refugium is a bottom cover of some kind. It is imperative that the material used for this is suitable for macroalgae as well as for microfauna. With respect to the macroalgae, something chunky is preferable to a soft substrate such as sand. This is because few or no seaweeds have true roots, instead securing themselves to the bottom with sturdy holdfasts. Their holdfasts generally can attach to any hard surface, though something with a rough texture such as live rock or a porous biomedium such as MarinePure is ideal.

Live rock or MarinePure are likewise great for small animals such as copepods, as these materials provide spacious microhabitat for them to hide and feed in. The best live rock for this purpose may be of the “dry” variety, as it arrives sterile and therefore poses no risk of introducing pests such as Aiptasia anemones or bristle worms. It can certainly be made “live” after placement in the refugium (we’ll get to that shortly!). With respect to MarinePure, the smaller sized blocks and the smaller “rock” chunks are best suited for refugium applications.

In the figurative sense, you should start stocking from the bottom of the food chain. This entails adding your primary producers, the autotrophs. These roles are fulfilled by chemoautotrophs and photoautotrophs—respectively, your nitrifying bacteria and your macroalgae. The former will serve as a supplementary or even primary source of biofiltration, converting deadly ammonia (i.e. animal waste products) into less toxic nitrite, and then nitrite into even less harmful nitrate. The latter take up the nitrate (a fertilizer) before it can accumulate and spur the growth of less desirable film or turf algae.

Just as the live rock or MarinePure provides a home for the macroalgae and, eventually, pods, it serves as a substrate upon which the nitrifying bacteria can colonize and proliferate. MarinePure in particular has a highly porous composition that makes for an incredibly huge amount of surface area. This means more bacteria can grow on it, resulting in a greater capacity for nitrification. Better yet, its deeper, inner core (which is for the most part anoxic) promotes denitrifying bacteria, which play a role in nitrate reduction.

In addition to assisting the macros in mopping up excess nitrate, anaerobic photoheterotrophic bacteria (such as those in PNS Probio™) consume organic wastes (including those secreted by the macros)!

Bringing your Refugium to Life

So, you’ve plumbed in your refugium and fitted it with a powerful, full-spectrum light fixture. You’ve covered the bottom with a suitable substrate. Now it’s time to start stocking.

Even if the refugium has been installed on a running, established aquarium system, it will be best kickstart the biomedia with a healthy dose of live nitrifying bacteria such as FritzZyme TurboStart 900. This product includes both Nitrobacter and Nitrosomonas bacteria, so both ammonia and nitrite removal will begin almost immediately.

At this time or very shortly after, you may add macroalgae. The best choice here is from the AlgaeBarn CleanMacro Series. Why? Because they have been cleaned, treated and inspected to ensure that they are pest-free! This line includes Chaetomorpha and Ulva as well as several choices of Gracilaria. Each and every one of these seaweeds is excellent for removing nutrients and providing pod habitat. However, mixing them can really diversify your refugium’s portfolio, creating an even more dynamic mini-ecosystem.

Similarly, a copepod starter culture that contains a mix of species is best. That’s because a mixed-species product provides the most tank/refugium cleaning potential and the broadest food selection for your livestock. 5280 Pods (which contains Tigriopus, Tisbe and Apocyclops) is great for this purpose; the 5280 Pods & OceanMagik Combo package is even better, as it includes the phytoplankton your copepods will need to really thrive. OceanMagik is excellent for this because (you may have guessed it!) it’s a blended product, containing a mix of not two or three but four species of phytoplankton for a complete nutritional profile.

After a few weeks or months of operation, you might notice a build-up of detritus or sludge developing on the bottom. These deposits are normal in densely planted refugia, which tend to act as settlement basins for these sediments. This is great, as it keeps these unsightly materials from accumulating in the display tank. And, they are most easily consumed here in the “fuge” where your pods are most concentrated. Even so, the use of a bacterial sludge digester such as FritzZyme 460 will help to keep the amount of organic debris down to a minimum. The addition of a clean-up crew of hungry, scavenging invertebrates completes the ecosystem, breaking down any piece of dead macroalgae as well as uneaten fish food or other solid debris that might find its way into the refugium.

AlgaeBarn makes it simple to set up, cycle and seed your new refugium with the Ultimate Refugium Starter Pack. This package includes 1oz Turbo Start 900 and five MarinePure Blocks (Shipment 1), then 16oz 5280 Pods, 8oz OceanMagik and 1oz Clean Sea Lettuce (Shipment 2, sent one week later). Particularly if one starts off right by installing a well-crafted refugium such the AlgaeBarn Triton Style Refugium by Crystal Reef Aquatics and using a quality substrate/biomedium such as MarinePure, anything you stock in your refugium will have a heyday. And a flourishing refugium is a very good thing for your entire aquarium system!