Reef aquarium hobbyists already have enough on their plates trying to keep levels of minerals such as calcium and magnesium levels up while keeping levels of nutrients like nitrate and phosphate down. That, and obsessing over all those other parameters… And now, all the sudden, everyone is saying we should be “chasing numbers” for iodine too? Some of us have maintained crazy beautiful tanks without ever testing iodine, so why should it suddenly become a big deal now?

The answer to that is simple: Iodine is required (even if just in tiny amounts) by virtually every known animal on Earth. 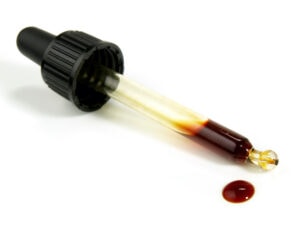 To put things into perspective, in the past, most of the highly successful aquarists owe their fortune to one good habit: Big, frequent water changes with well-purified water using a quality sea salt. This is primarily how they replenished calcium. It’s how they controlled nitrate. And it’s how they maintained proper levels.

Sure, maybe they didn’t test iodine often–or ever. Maybe they weren’t even aware of how important it is for the immune health of fish, or the ability of crustaceans to molt, or for good growth of red macroalgae, or for good coral coloration… Nevertheless, these water changes helped to maintain “good levels” which in turn contributed to these hobbyists’ success.

Thankfully, in the last decade, we’ve seen a few reasonably accurate iodine test kits pop up in the market. But the more recent emergence of ICP testing technology in the hobby has made iodine testing far more reliable. This is a very good thing, as additives are definitely not something to play around with blindly; iodine is indeed quite easy to overdose. And, iodine overdoses can be devastating! In excess, it is potentially lethal to anything from fishes to beneficial bacteria.

With that in mind, we suggest the following:

For some reason, many aquarium hobbyists refer to iodine as a trace element. In actual truth, this element is fairly abundant in natural seawater (around 0.06 ppm). Iodine takes many organic and inorganic forms in solution. Many of these are rather unstable; some others are not particularly important biologically. The most abundant, and important, forms in Nature are iodide (I) and iodate (IO3). Iodine is most stable in seawater as iodate ion (IO3–). While it is an inorganic substance, iodide is the most biologically available form of iodine.

In aquaria, iodine is continuously removed by biological activity and perhaps also (as many claim) by protein skimming and the use of activated carbon. As we have already stressed abundantly, iodine is best replaced via water exchange. However, it is safe to supplement so long as dosage is very small and spikes are carefully avoided.

One relatively safe supplement to use for this purpose is potassium iodide (which, obviously, also helps to maintain potassium levels). Other sources include tinctures of iodide and “Lugol’s solution,” both of which consist of some amount of pure iodine dissolved in a solution of potassium iodide (to note, iodine quickly converts to iodide in seawater). But the best and safest sources of are..? High quality foods! Fresh red ogo, for example, is rich in iodine and great for supplementing the diets of herbivorous fishes. Corals may obtain it from the pods they eat or directly from the water.

Many types of corals and mushroom anemones use iodine, and it is used for various purposes. Stony corals tend to use it to synthesize pigments for protection from intense sunlight (some have suggested that the same function is exhibited in sea anemones). Indeed, deficiency has been implicated as a factor in the bleaching of corals that are exposed to bright light. Iodine may also be used by these corals to detoxify oxygen produced by its zooxanthellae; antioxidant effects are likely achieved as iodide is converted to iodate.

Soft corals may be even more dependent (some say it’s downright critical to the health of Xenia and Clavularia). Iodine also happens to be a component of the skeletal structure in gorgonians. Some have even observed an apparent link between iodine concentration and the ability of corals and zoanthids to fight off pathogens.

The many different roles iodine plays in regulating the metabolism of diverse marine species is not yet fully understood. Even so, professional reef aquarists over the last two decades have recorded numerous maladies that accompany deficiency. Knowing as we do how important this element is for marine plant and animal health, and also how rapidly it can be lost from seawater, it arguably is wise to regularly monitor it. Nowadays, the home aquarist has access to both traditional test kits as well as ICP analysis. We suggest frequent testing with a “home test kit,” with occasional reports via ICP just to obtain more precise readings (as well as to test the home test).

If frequent water changes and the use of nutritionally balanced foods cannot alone meet your animals’ dietary iodine needs, or if your macroalgae inexplicably become crappy, and your iodine tests come back consistently low, then you may want to consider supplementing iodine. Just remember to do so with a very light hand, as iodine overdoses are no joke! Like so many instances in reef aquarium husbandry, moderation with this substance is key.