You are here: Home / Product Info / When to Choose Poseidon’s Feast

Back in “the day,” to acquire a seed culture of copepods, aquarists would typically have to resort to scooping a couple cups of gravel from the bottom of a fellow aquarist’s tank. In these cases, you could only hope to have nabbed a few viable pods–and not any pests (like juvenile aiptasia anemones)! If you did get any pods at all, you had absolutely no idea what kind they actually were. 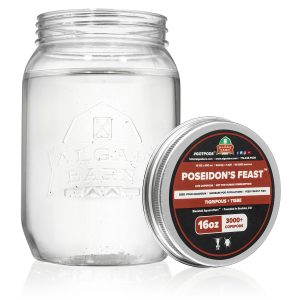 Today, when it comes to establishing populations of beneficial meiofauna (such as copepods) to a reef tank, things have gotten a bit more sophisticated. Yet, at the same time, much easier. Sure, of the thousands of potentially useful copepod species out there, the marine aquarium industry has really just focused on a few. But this handful of popular species has proven to be incredibly useful.

Some of these species are shown to be especially useful for certain purposes. Recognizing this, AlgaeBarn has made an effort not only to offer the most important copepod species in the hobby, but also to offer mixed-species products that are tailored for certain tasks.

Consider, for instance, Poseidon’s Feast. This product (one of AlgaeBarn’s first, in fact) contains the harpacticoid copepod species Tigriopus californicus and Tisbe biminiensis. Like most harpacticoids, both of the pods in this product live a benthic (i.e. bottom-dwelling) existence as adults. As such, Poseidon’s Feast actually carries out two important functions: (1) Serving as a food for certain small, demersal reef fish and (2) assisting the clean-up crew by acting as the “polishers,” removing tiny particulate wastes such as detritus.

When relying on copepods for the purpose of feeding obligate pod-eaters such as mandarins, this product may also be used for re-seeding. Reseeding boosts harpacticoid copepod numbers and might be necessary when pods are preyed on intensely. Reseeding also counters the effects of genetic bottlenecks, ensuring a vigorous and productive pod population. The result is fatter fish bellies as well as a cleaner tank bottom.

The genus Tigriopus includes seven species that are found in high-shore environments. T. californicus occurs in high tide pools from northern Mexico to southeast Alaska. These are generally tough environments. The species tolerates water temperatures from below 50°F (10°C) to over 104°F (40°C) and can withstand daily temperature fluctuations of over 18°F (10°C). It can also remain active in salinities ranging from 6-102 ppt (1.0045- 1.0784 S.G.). In fact, T. californicus is regarded by biologists to be among the hardiest and most adaptable of all marine invertebrates.

This species is huge (at least as far as copepods go) and thus provides food for slightly larger reef aquarium fish. Rich in carotenoids, omega-3 fatty acids and amino acids, Tigriopus copepods are extremely nourishing for countless species of fish. These pods occasionally jump into the water column and jerk around when they move, making them an easy and tantalizing target for your zooplanktivorous fish.

Tisbe biminiensis is widely distributed across the tropical and subtropical regions. These copepods are often found in great abundance, dotting the seafloor and forming a substantial portion of the diets of diverse coastal marine species.

Studies show T. biminiensis to be among the most prolific of the harpacticoids. When raised in 500 ml containers and fed at a rate of 50-100% copepodite biomass, its carrying capacity can exceed 67,000 individuals/liter. Its life cycle is rather short; still, its development is quite fast in warm water (up to 25°C (77°F)). Females (which live a bit longer than males) have a lifespan of around one month. Nevertheless, they can produce a huge number of offspring in that short time. The first egg sack typically appears within the first 7-10 days of its life; new egg sacks emerge around two days following the hatch of the preceding brood. One female can produce about nine broods over the course of its life!

This tiny, hardy copepod tends to occupy cracks and crevasses of live rock and macroalgae. This helps them “last” a little longer in the aquarium, as fewer fishes can see and capture them (this does save more for mandarins, which definitely can prey on the adults). Like the above, they make a highly nutritious treat for your fish. Because they are so small, they clean the narrowest cracks and pits in the rock. 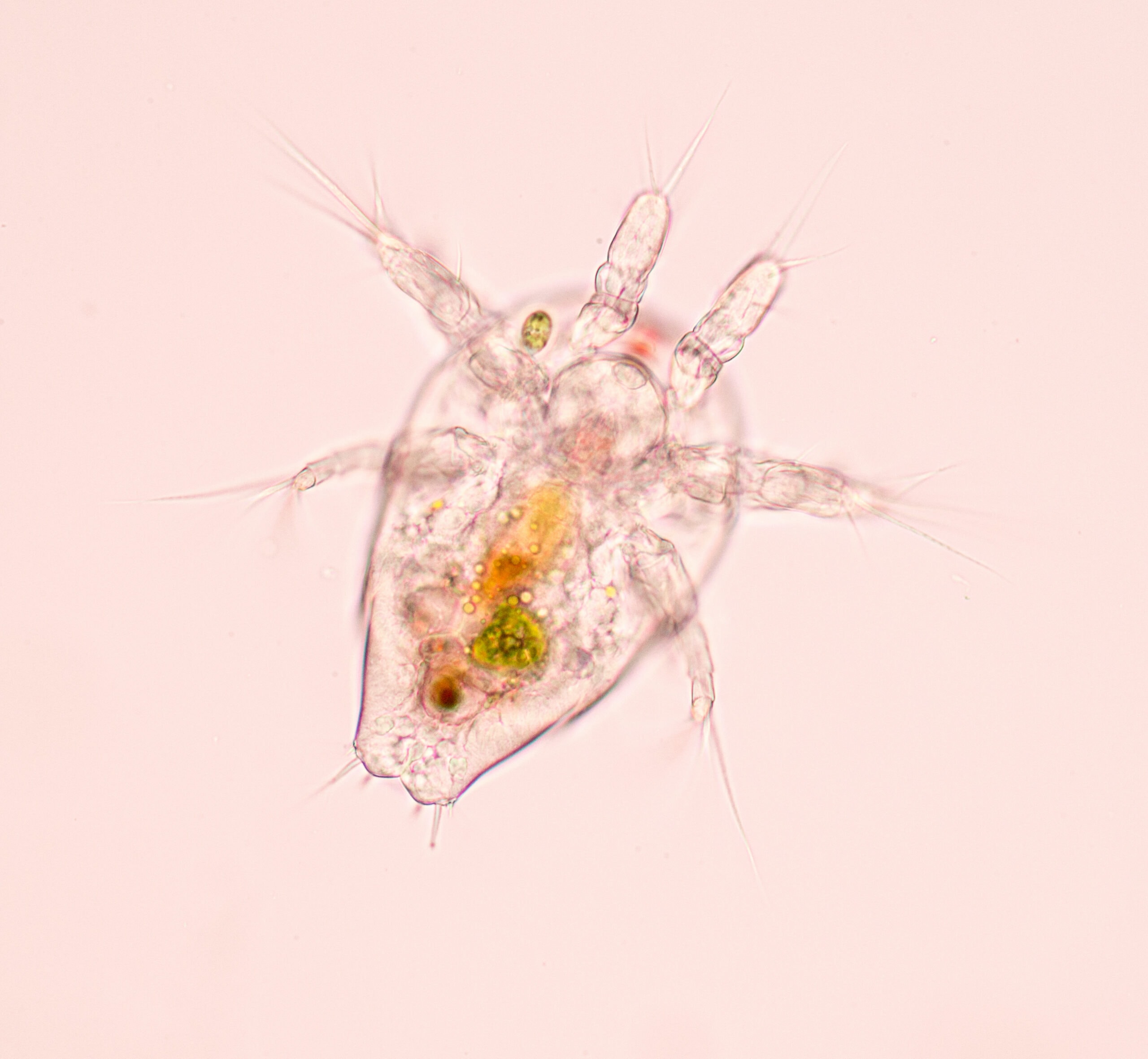 If you have a full-blown reef tank with corals and small, zooplanktivorous fish, then you definitely want to go for EcoPods (which contains the aforementioned species as well as the more planktonic Oithona and Apocyclops). However, if you have a FOWLR tank (i.e. no corals and probably larger, carnivorous fish), then Poseidon’s Feast is ideal. Why? Because then you’ll get all harpacticoid pods, meaning maximal numbers of seed pods that will consume detritus and nuisance algae. Then again, maybe you’ve already seeded your reef with EcoPods but want to specifically boost the harpacticoid population for the sake of your ravenous mandarin. Whether you are seeding a new aquarium or reseeding an established one, the species included in Poseidon’s Feast are awesome choices of live copepod for any kind of tank. To establish the largest and healthiest pod population, pair Poseidon’s Feast Copepods with OceanMagik live phytoplankton.

Note that Poseidon’s Feast contains a range of larval to adult copepods. Larval copepods are pretty much impossible to see with the naked eye upon arrival, so it may not appear that you received a dense culture. To be sure, larval pods are best for establishing a sustainable copepod population. This is because livestock do not consume the copepods immediately after you add them into your tank! However, you can rest assured that there are 3,000+ individual pods in each jar of Poseidon’s Feast–whether you see them all or not!